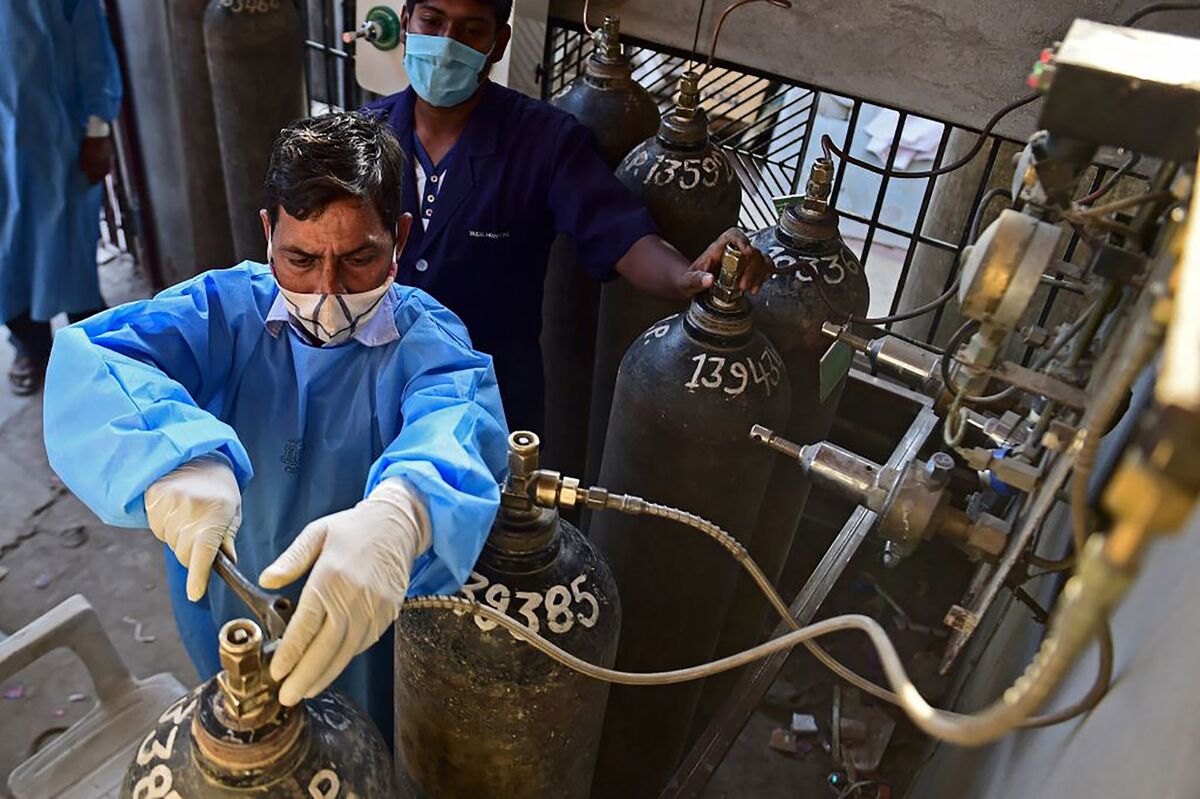 India has never been prepared for a public health emergency of the scale of Covid-19. No country has. But the government’s dislocated priorities have left the nation particularly vulnerable. It is now running short of basic infrastructure including oxygen tanks, ventilators, antiviral medication and hospital beds, with hundreds of thousands of new infections being recorded every day. On Thursday, the country added 314,835 cases, the highest daily tally in the world since the pandemic began.

Public health spending was dismally low to begin with, at just close to 1% of India’s gross domestic product. The country ranks 179th out 189 when it comes to prioritization of healthcare in the government budget. It spends as much as donor-dependent nations like Sierra Leone on a per capita basis. The country’s medical facilities are so inadequate that overall hospitalization rates for the sick are among the lowest in the world: 3% to 4%, compared to an average 8% to 9% in middle income countries and even higher elsewhere.

The country has never quite focused on its public healthcare infrastructure — which is perpetually on the brink, making its apparent success holding down infection numbers last year remarkable. But the country is having no such luck with the enormous numbers emerging right now.

Prime Minister Narendra Modi has encouraged the growth of private hospitals by providing them with land and tax exemptions, creating a healthcare market expected to be worth $133 billion by 2022. Most Indians now depend on private sector medical facilities. The problem, of course, is that the financial burden ends up being shouldered by households: India’s health-related, out-of-pocket expenses are some of the highest in the world, and continue to rise.

A significant amount of the government’s health budget is spent on subsidies for private service providers, which does little to build out the country’s medical infrastructure needs or further its healthcare goals. Private hospitals are built to make money without outwardly committing to outcomes like lowering mortality rates or disease.

Fundamental health infrastructure doesn’t even make it onto the political agenda. The public investment necessary to effect change has limited returns for ambitious politicians over the short-term. The Modi government enables this abdication of responsibility. The country’s latest economic survey noted that “better health infrastructure is no guarantee that a country would be able to deal better with devastating pandemics like Covid-19” because the next one could be different.

As an example, the government will probably point to Brazil. The Latin American nation has been posting tens of thousands of new cases a day and has one of the highest virus-related death numbers in the world. Its population is around the same as that of India’s largest state; and the country spends over 16 times the amount India does on a per capita basis on health care. Yet its medical system is overwhelmed.

But that’s exactly why India should be worried now. If India falters, its failure will be many times the disaster in Brazil.

So here we are, a year on from the beginning of the pandemic. Countless infected people in India have been denied a chance to recover because the government hasn’t built a system that will get them the medical supplies they need.

A country of 1.4 billion people needs a system to support their most basic need: survival. The idea that a private health system focused on profit could adequately attend to almost 18% of the world is ludicrous. A real healthcare apparatus would’ve ensured the populace understood risks, remained vigilant and received care.

Instead, overwhelmed hospitals have just hours of oxygen supplies available, antiviral medications are hard to find and intensive care units are close to capacity. Ad hoc measures may well help India slowly make its way out but it won’t guarantee things stay that way. Just as they didn’t when the country thought it had miraculously fought off the virus.

India’s paltry public healthcare spending isn’t guided by holistic, national-level priorities. Spending varies by state and each ends up funding far more than the central government does, leading to unequal outcomes for people in different regions. The differences have become political as federal and provincial governments do battle over who is responsible for specific needs.

All this means India isn’t set up to survive the Covid-19 waves that are bound to follow as they have elsewhere in the world. Blame who or what you want, the reality is India needs to assess how prepared it is for future surges. The Modi administration will have to do far more than just invoke unity, as the prime minister did in his Tuesday night national address.

Negligence – individual to bureaucratic — is being blamed for the latest wave. That is true. It’ll be even truer if India doesn’t start to go back to the basics of building out its healthcare infrastructure. It’s pointless being the pharmacy of the world when you can’t heal your own people.

This column does not necessarily reflect the opinion of the editorial board or Bloomberg LP and its owners.

To contact the author of this story:
Anjani Trivedi at [email protected]

To contact the editor responsible for this story:
Howard Chua-Eoan at [email protected]

Before it’s here, it’s on the Bloomberg Terminal.