Looking to make dietary changes in 2023? There are plenty of options if you’re on the hunt for a new meal plan or hoping to make some lifestyle changes when it comes to food.

One way of eating continues to top the list for experts.

The Mediterranean diet ranked No. 1 on U.S. News & World Report’s list of Best Diets for 2023, which was released Tuesday. The list includes 24 diets that were examined by a panel of health experts. This is the sixth consecutive year that the Mediterranean Diet has been ranked at the top.

So, what makes this diet so special?

“I love that the Mediterranean diet is rich in vegetables, fruits, legumes, and whole grains, and it offers up plenty of dietary variety,” says Gena Hamshaw, a registered dietitian in New York City who did not participate in the U.S. News panel.

“Nutritionally, I like that it can help folks to consume more fiber and healthful fat. Mediterranean eating patterns usually encourage people to try more plant-based foods and whole foods.”

The eating pattern is sustainable, says Elizabeth Huggins, a registered dietician and nutritionist at Hilton Head Health who did not participate in the U.S. News panel.

“So many of the other – and I’ll say diets in a diet sense, not a pattern of eating –  but when you look at diets out there, they might have quick results,” she says. “But can people sustain them?”

Generally, the answer is no, she says.

What is the Mediterranean diet?

There are 21 countries surrounding the sea including Italy, Greece, Croatia, Lebanon, Monaco and Turkey.

“I think it has the potential to sound maybe foreign or exotic and unfamiliar, you know, for like an average American,” Huggins says. “But when you get down to it, it really is consuming plenty of vegetables … consuming fruits, beans.”

What foods should you eat on the Mediterranean diet?

The diet is characterized by eating primarily plant-based foods, including fruits and vegetables, while also fitting in beans, nuts, whole grains, seafood and lean poultry. There is a focus on unsaturated fat from sources like extra-virgin olive oil, too.

An occasional glass of red wine is also considered an acceptable part of the diet.

“Hallmarks of this eating style include an emphasis on mono- and polyunsaturated fats (such as those from olive oil, nuts, seeds and fish), plenty of fruits and vegetables, and protein that’s sourced substantively from fish and legumes, along with some poultry and eggs,” Hamshaw says.

What foods should you avoid on the Mediterranean diet?

The diet is one of the better studied diets: Research has repeatedly supported its possible benefits, Hamshaw says.

“This type of low-fat eating pattern leaves little room for the saturated fat, added sugars and sodium that inundate the standard American diet,” U.S. News & World Report says. “People who eat a Mediterranean-style diet have longer lifespans, report a higher quality of life and are less likely to suffer from chronic diseases such as cancer and heart disease.”

Yum:10 TikTok food creators you should be following

How to start the Mediterranean diet

Huggins says that an easy way to start is by thinking about the vegetables you enjoy and choose to work those vegetables into your diet more. And if you’re looking to continue incorporating meat, start to think of how to shrink the portion of meat and use it as an “accent” while adding alternative proteins like beans into your diet.

What are the benefits of a Mediterranean diet?

“Because of the emphasis on heart-healthy, unsaturated fats, the diet has been associated with a reduced risk of heart disease and stroke,” Hamshaw says. “In addition, the diet tends to be rich in phytonutrients that may benefit cognitive function over time.”

U.S. News & World Report adds the diet also has been found to potentially prevent Type 2 diabetes, likely reduce the symptoms of inflammatory and autoimmune conditions, including arthritis, and could even help with depression, according to the publication.

But it goes further than just health, according to U.S. News & World Report’s analysis.

The diet is “family friendly” – most members of the family can eat Mediterranean diet meals without much modification – it’s well balanced “for all ages.” It’s also “budget friendly” and doesn’t require many specialty items. And, given that the diet is primarily focused on plant-based foods, it’s “planet friendly,” too.

Who should try the Mediterranean diet?

Overall, it’s a good option for anyone to try, according to dietitians.

“From a health perspective, I’d recommend it to nearly anyone,” Hamshaw says.

Its main characteristics – plants, whole grains and limited saturated fat – can be fit to accommodate a person’s individual likes and dislikes.

“I think anybody could try it for sure,” Huggins says, noting that if someone has dietary restrictions, they can simply adjust the diet to their needs.”

But that doesn’t mean the eating style is well suited to everyone’s lifestyle, though.

“Whether or not it’s culturally appropriate and aligned with a client’s tastes is another question, and my recommendations always take preferences and culture into consideration,” Hamshaw says.

Check out these recipes to up your kitchen game:

Thu Jan 5 , 2023
Sen. Debbie Stabenow’s retirement will end the career of a senator who’s known for taking up unflashy but critical health care issues like mental health policy and funding reauthorizations. Why it matters: Her departure means the Senate will lose one of its most effective mental health champions. The big picture: […] 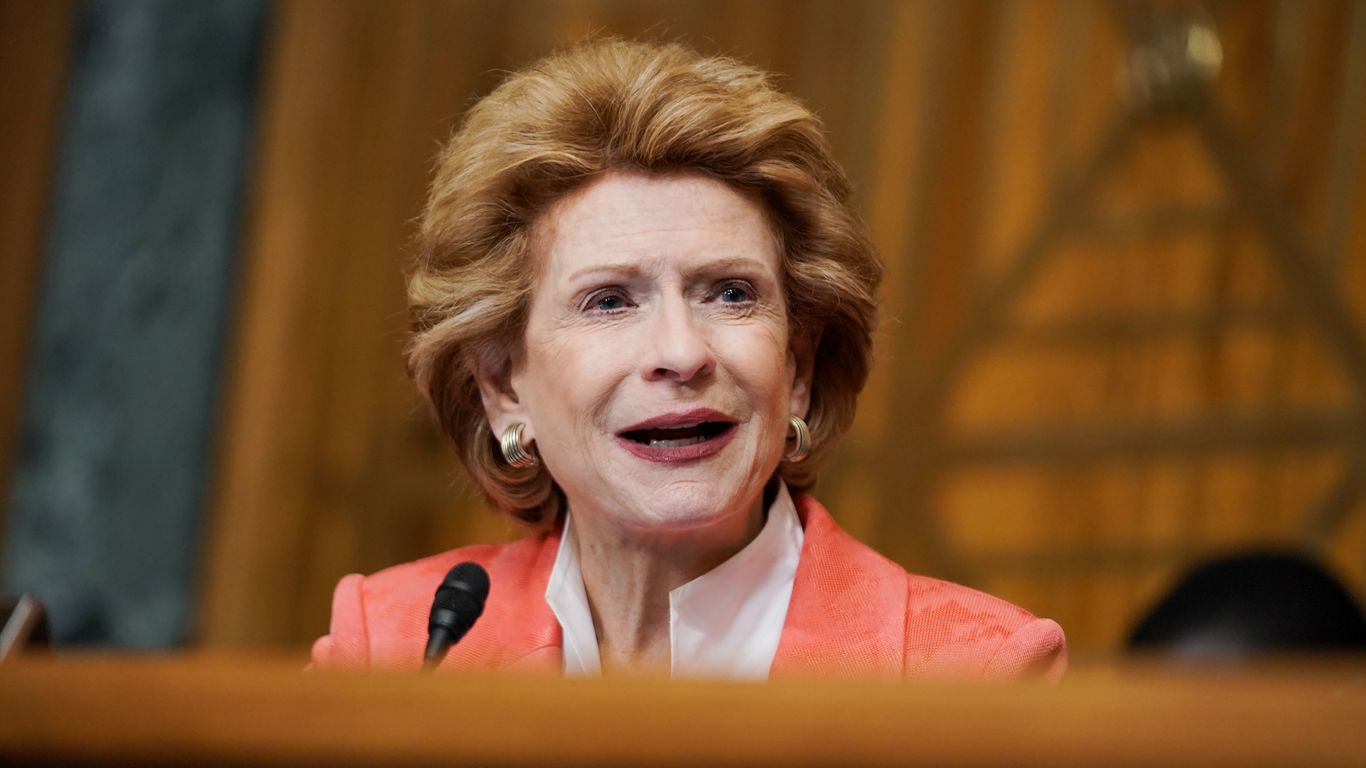