If you’re one of those people who uses their intense fitness regime as a ‘get out of jail’ card for boozy burger weekends, you might want to rethink your lifestyle choices. At least if you’d like to live a while longer.

Your party has been crashed by the research from the University of Sydney published in the British Journal of Sports Medicine, which has found you just can’t outrun a bad diet in the long term. The same goes for those who stick to a healthy diet, but never raise a sweat in exercise.

Rather than focussing on the ability to offset a dip in diet quality with an intense burst of exercise as past studies have done, this research instead focussed on how long-term lifestyles impact a person’s longevity.

The Ding-led study examined the effects of diet and physical activity in isolation and when paired together on ‘all-cause’ cardiovascular disease and cancer deaths across over 360,000 Britons.

Those participants whose diet included five portions of fruit and vegetables a day, two fish portions a week and low intake of red meat, and had high levels of physical activity, experienced a 17% reduction in death from all causes.

They also had a 19% reduction in mortality from cardiovascular disease and 27% from selected cancers.

Diet and high fitness are linked together in longevity outcomes

Even those in a ‘midrange’ of activity and diet quality were still better off than those who had poor lifestyles.

But it is the interaction between diet and activity that is important, with Ding observing that a lax approach to one has a detrimental impact on longevity.

Get an update of science stories delivered straight to your inbox.

“We know diet is important, we know activity is important, we hear about this so many times,” Ding says. “I was interested in how they interact and there’s actually not a lot of empirical research on that [subject].

“Particularly when people were at the really high end of the physical activity spectrum, I was interested in whether diet play a similarly important role, and the answer is yes.

“You still have to do both things right in terms of longevity and preventing premature mortality.”

While energy burn and consumption are central to workout plans and diet apps, this study’s focus on long-term impact of diet and exercise goes beyond short term lifestyle impacts.

Its focus on ‘all cause’ mortality, cardiovascular health and cancer-related mortality instead shifts focus towards dietary quality over many years.

This is important, says Ding, because some laboratory studies have shown that high-intensity exercise can offset bad diets in the short term. “People kind of constantly obsess about calories. It’s really not as simple as that.

“When we think about our [study] outcomes – that’s about mortality, not only for all causes but also from cancer or cardiovascular disease – there’s so many different biological pathways in play.

“I think people should move away from this ‘burn this many calories so I can eat this much’ [approach] in terms of their overall quality of their diet and doing activities for general health, not just for reducing calorie surplus.”

Mon Jul 18 , 2022
It pays to be in the lab. It pays way less to be at the patient’s bedside. People who work at biotechs, life sciences firms, and pharmaceutical companies pull in the largest salaries of anyone in health care — usually more than $100,000 per year, and frequently above $250,000, according […] 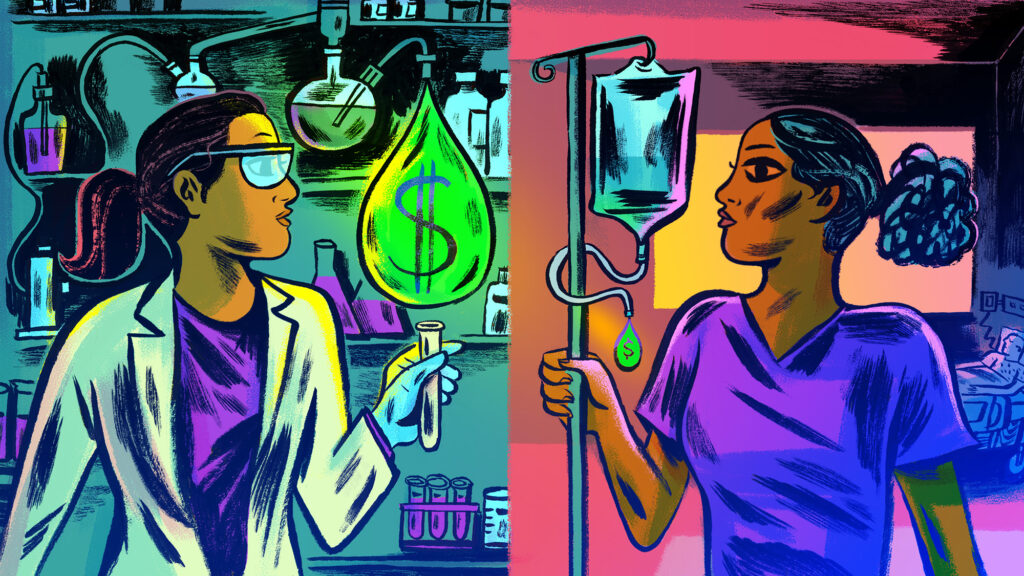