A simple way to approach any big goal

I thought Dave Castro and I would end up talking military tactics, shooting sports, V-Twins, hog farming, or extreme fitness. Instead, our first five minutes strolling the CrossFit Ranch, which Castro owns and runs as the company’s director of sport, he was telling me about reading really long books. As we headed down a dusty trail to feed some pigs, he began telling me that he plows through 50 or more classic works a year.

This is a lot of books. Particularly when many of those books are constructed like War and Peace or Les Misérables (his favorite), which are each like four books in one. I asked the former Navy Seal how he finds time to read in between tending to the ranch and running the CrossFit Games, which draw nearly half a million competitors from around the globe. (The finals this year took place at the ranch.)

“A few years ago I decided I wanted to read more classic literature,” he told me. “And so I made a rule. Immediately when I wake up I spend at least five minutes reading. Some days it’s only five minutes, but others it’s 90. And then I repeat before bedtime.”

This was slightly triggering for me. As an author and science journalist, I’m constantly reading. In reporting my book The Comfort Crisis, for example, I read thousands of studies and scores of academic nonfiction books. But I’ve got about as much command of timeless literature as I do of Kumha Pyakhan dance. It’s a sore spot that gives me impostor syndrome (“You haven’t read Ulysses?!?!? But you’re a writer!”).

The problem is that staring down 1,000+ pages after a long day scrutinizing The New England Journal of Medicine feels like staring up at the peak of Everest after running a marathon. But five minutes? That felt more doable.When I got home, I decided to deploy Castro’s technique.

It’s working. In the morning, I’ve found I’m usually good for about 20 minutes of dedicated reading. At night, I sometimes only log five. But other times I’ll read for an hour. This technique has helped me crank through works that once eluded me.

You can apply it to anything you want to accomplish. I’ve had days where I planned to exercise but was just not feeling it. I would have usually bowed out. But now I commit to at least five minutes. I usually find myself putting in around 50 minutes — and I never regret it. Same with meditating, or even completing tasks I often don’t want to do — answering emails, grading papers, and so on. Five minute leads to 15 or 20.

The five-minute rule works because of two factors important for any habit:

It’s specific: Research shows that the more distinct the habit we’re trying to create, the more likely we are to stick to it. For example, “I will exercise for five minutes every morning right after I drink my coffee” is better than “I will exercise more.”

It’s modest: Shirking your five-minute commitment feels inexcusable. Researchers at Stanford found that making small, easy-to-hit goals is a key to reaching our larger ones. Once we start, we usually work beyond the five minutes.

Of course, sometimes “just five minutes” really is “just five minutes.” And that’s fine, too. Because a few minutes of life-enhancing acts like reading Moby Dick, firing off pushups and pullups, or sitting and noticing my thoughts is always better than no minutes at all, and, over time, will add up to a big achievement.

Wed Dec 30 , 2020
The Matrix and iFit partnership enables a seamless connection between Matrix users, their equipment and iFit’s leading trainers. Tweet this The collaboration strengthens Matrix’s innovative equipment offerings and expands iFit’s growing community of users. The announcement also coincides with the launch of Matrix’s new touchscreen consoles, which are designed to […] 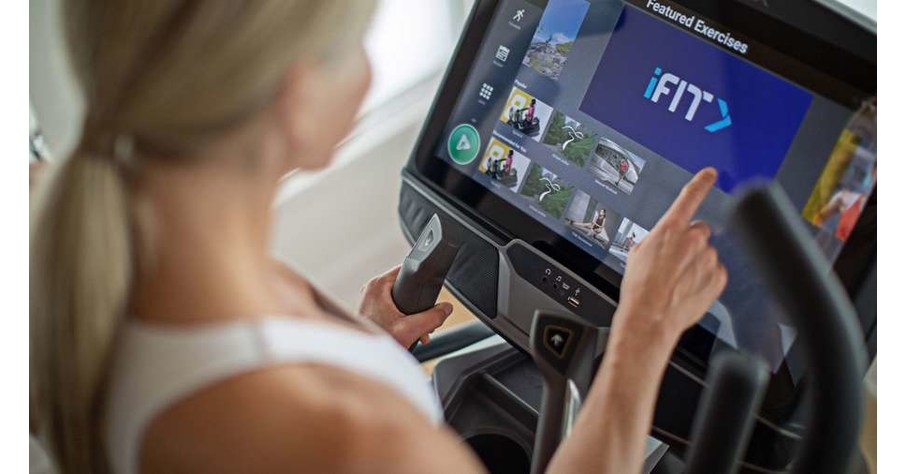