The protest at Stanford could foreshadow similar disputes nationwide as the federal government and states begin the arduous process of distributing limited supplies of the first vaccines.

James Dickerson, a 28-year-old internal medicine resident who has cared for covid-19 patients, predicted the controversy at Stanford will unfold around the country: “The devil is in the details,” he said.

The “residents” — medical school graduates who staff the hospital for several years as they learn specialties such as emergency medicine, internal medicine and family medicine — were furious when it became clear that just seven of the more than 1,300 at the medical center were in the first round for vaccinations. Also affected were “fellows,” who work in the hospital as they train further in sub-specialties, nurses and other staff.

Residents across specialties had just been asked to volunteer for extra intensive care unit work in preparation for a surge in covid-19 patients.

An email to pediatrics residents and fellows obtained by The Washington Post said that “the Stanford vaccine algorithm failed to prioritize house staff,” as the early year doctors are known collectively.

“This should not have happened — we value you and the work you do so highly,” the email stated. “We had been told that residents and fellows would be in the first wave. This should never have happened nor unfolded the way it did.”

Stanford Medicine issued a statement Friday saying it takes “complete responsibility for the errors in the execution of our vaccine distribution plan” and is “immediately” revising it.

Christine Santiago, a 29-year-old resident in internal medicine who treated covid-19 patients during night shifts in the ICU, also worries that the vaccine distribution issues at Stanford are part of a broader problem — “a harbinger of population level inequities … for our underserved communities,” as she put it in a tweet.

She told The Post that resident physicians “occupy a very unprotected space in the United States.”

“We’re not fully employees of the workforce,” said Santiago, who said she is home quarantining and waiting on a coronavirus test after using a faulty batch of N95 masks. “We fall in this vague, unclear position.”

Santiago said that some residents have been able to get a vaccine on the spot after Friday’s protests. Another resident said she appreciated the quick pledge that Stanford would rectify the situation.

But that resident, who spoke on the condition of anonymity because she believed open criticism of Stanford could harm her career, said that “residents and house staff and people who support us were left out of the development of said algorithm, with unacceptable consequences.”

Residents estimated that about 100 health-care workers — doctors as well as some nurses — gathered on the Palo Alto campus Friday to protest as a first wave of vaccinations began. Carrying signs that read “transparency” and “protect the front line,” the group accused university officials of selecting orthopedists, dermatologists and even some faculty who work from home for the first wave of vaccinations, while leaving out workers who treat patients face-to-face.

Video posted by the San Francisco Chronicle showed the facility’s front lobby and staircase packed with physicians in blue medical masks chanting, “Health-care heroes, support is zero!” Shortly after, the demonstration moved outside to the front of the building.

In video shared with The Post, Associate Dean of Graduate Medical Education Laurence Katznelson told demonstrators that department chairs would ask their faculty without comorbidities to give up vaccination slots for residents and fellows. Chairs have agreed to say that all leadership will not get vaccinated until residents and fellows do, Katznelson said.

“I feel awful that this happened,” Katznelson said, adding it’s “disturbing to me that things went this way.”

“It was no one’s malicious fault, but it was a bad outcome,” he said.

Derek Hawkins contributed to this report.

Sat Dec 19 , 2020
“When I started to look, on my own, for a psychiatrist, I had very little luck,” said Siracusa, who lives in Whitefish, Montana. While his therapist — a provider who doesn’t write prescriptions — gave him a referral, there were no appointments available for six to eight weeks. For a […] 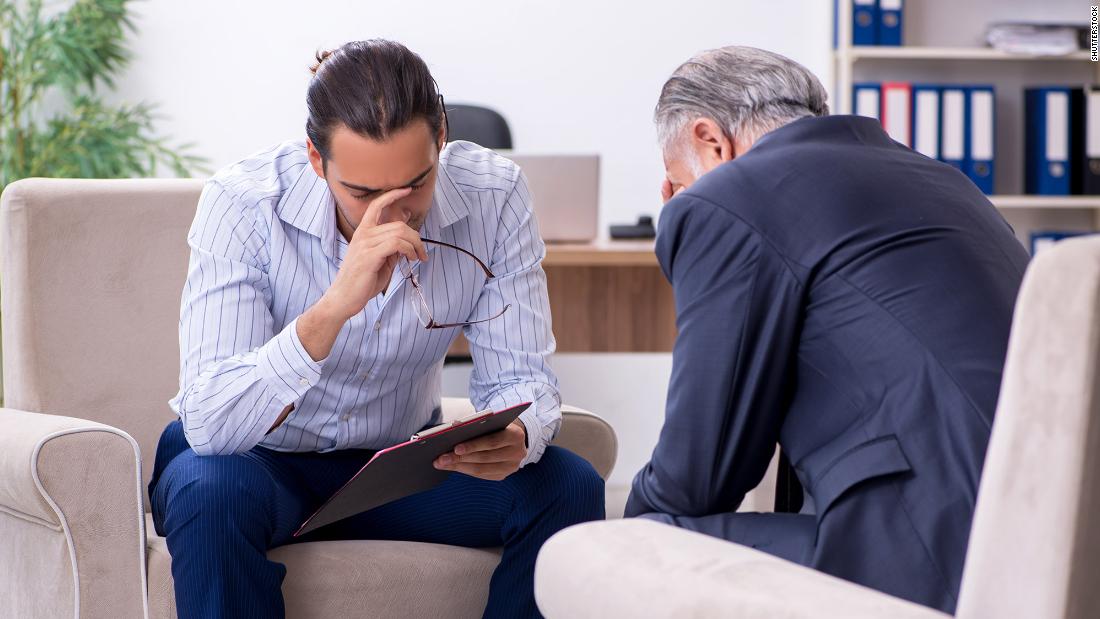