From the outside looking in, anyway, the most obvious change you’ll witness in the 2021 Danny Duffy when he takes the mound at home for the first time this season Tuesday will be the switch in his jersey number.

What began simply with his gracious gesture to yield his No. 41 to new teammate Carlos Santana, without an immediate notion of what number he’d wear instead, rather organically grew into something profound: When it was suggested by several that Duffy would be the proper steward of the No. 30 last worn by late teammate Yordano Ventura, the honored and humbled Duffy ultimately agreed after securing the blessings of a select few, including Ventura’s mother, Marisol.

The ever-sensitive and pensive Duffy adored Ventura, enough so that (along with Christian Colon and Ian Kennedy) he went to Kauffman to console fans on that miserable January day in 2017. And in the months after Ventura’s death, Duffy pursued and gathered a trove of related memorabilia to send to Marisol in the Dominican Republic.

“We all loved him, man: That dude had our backs more than anybody has ever had another teammates’ backs,” Duffy, widely considered the ultimate teammate himself, told The Star in February. “And he made it very clear that he did.”

But having that number on his own back is only part of a potentially vital and fundamental shift within Duffy, who enters his second start of the season coming off what manager Mike Matheny called a “fantastic” performance at Cleveland (two hits and three walks in six shutout innings toward a 3-0 victory).

That game stands out all the more because Cleveland had long bedeviled Duffy, Royals starting pitchers have been a vulnerability so far this season and Duffy perhaps has a little more to prove coming off a wobbly 2020 season at age 32 in the last year of his current contract.

“It was as good as I’ve seen Danny, and as good a time for us as any to have a start like that,” Matheny, in his second season, said after the game, later adding, “I think there’s a whole new Danny Duffy out there. I really do.”

Citing Duffy’s intense focus and diligent work ethic from the time he arrived at spring training Matheny added, “It just looks like he’s on a mission … I’m anticipating watching a lot of this Danny Duffy.”

Consistency, of course, is the true challenge for any player. And perhaps even more for one who has had streaks of brilliance and long stretches of crucial contributions but also at times been hampered by various struggles and injury.

The apparent change in mindset in Duffy observed by Matheny, though, isn’t merely on the surface or simply about baseball.

This isn’t about just one part of himself that pertains to the game, a part he says he wants to treat with “primal” fervor, any more than it’s entirely about a new number.

Amplified and clarified by circumstances of the pandemic, the reset is entwined with a year of reflection, reconciliation and even reckoning within himself.

“You have the opportunity to just sit with yourself and really kind of realize what you want your life to look like,” said Duffy, describing an inner peace and deeper knowledge of himself and adding, “I did a lot of self-evaluation.”

Toward that end, Duffy found himself gravitating to numerous self-improvement books and podcasts. Duffy, who in 2019 spoke at length with The Star’s Sam McDowell about his battles with anxiety and depression, dedicated himself to his own personal development and emotional issues.

While he didn’t elaborate at great length on specifics during the February interview with The Star, Duffy summarized a few key points about his resolve to “learn to compartmentalize” and forgive … “even if somebody is not apologizing.”

“I think we tend to worry about the wrong things pretty frequently. Stuff that we can’t control. Opinions of who we are from people who don’t know anything about us,” he said. “And someone’s opinion of you is not your business. And that’s where I stand …

“It takes a train of thought to really get into that mindset.”

Beyond the reading and the podcasts that were new to him, Duffy also spent time getting back to simpler joys.

While his numbers in the pandemic-shortened, pandemic-oddened 2020 season (4.95 ERA, 4-4 record) weren’t what he might have wished, he liked how he felt at the end. So back home in Lompoc, California, he largely just kept throwing in the offseason, including to a couple of his favorite battery mates: his parents, Dan and Deanna.

“I got some catch in with both of them,” said Duffy, who also threw with players at his alma mater, Cabrillo High, where he pledged $1 million for lights at the baseball field.

In addition to running six or seven miles a day, a reduction from most years past, he worked like “a maniac” in the weight room. With a twist: He was intent on working in areas of deficiency instead of what he already knows he’s good at, he said with a smile.

And then there was his return to trying to “master the piano again,” working through the fact that he said he’d forgotten how to read music for 10 years. Among the pieces he learned to play again was Beethoven’s Für Elise.

Heck, the commitment to self-improvement even included working with an extension of himself, his dog, Sadie, to help her shed some weight.

“I’ve got her on my workout plan,” said Duffy, who as usual had her with him in Surprise for spring training. “She got up to 130 pounds, and she’s 106 right now.”

As he considered what he expects will be the most enduring impact of a jumbled last year in which he came to understand that you have to “just treat the mask as a part of our face for a while,” safe to say he learned to see through some of the other masks in his life.

And appreciation came to be a beacon for him.

“It’s definitely a choice to be grateful, and I’ve definitely made lists,” he said.

Noting his family was at the top, he added, “I have a long list of things to be thankful for. I learned a lot this offseason.”

Something we can all appreciate from the most real Royal … and all can hope translates into a season that reflects that.

Vahe Gregorian has been a sports columnist for The Kansas City Star since 2013 after 25 years at the St. Louis Post-Dispatch. He has covered a wide spectrum of sports, including 10 Olympics. Vahe was an English major at the University of Pennsylvania and earned his master’s degree at Mizzou.

Sat Apr 17 , 2021
Washington has delivered aid to industries hammered by the COVID-19 crisis, with the relief ranging from $28.6 billion for restaurants to $16 billion for performance venues. Operators of gyms, fitness centers and related facilities haven’t secured that type of targeted assistance. But their advocates are hoping that the GYMS Act, […] 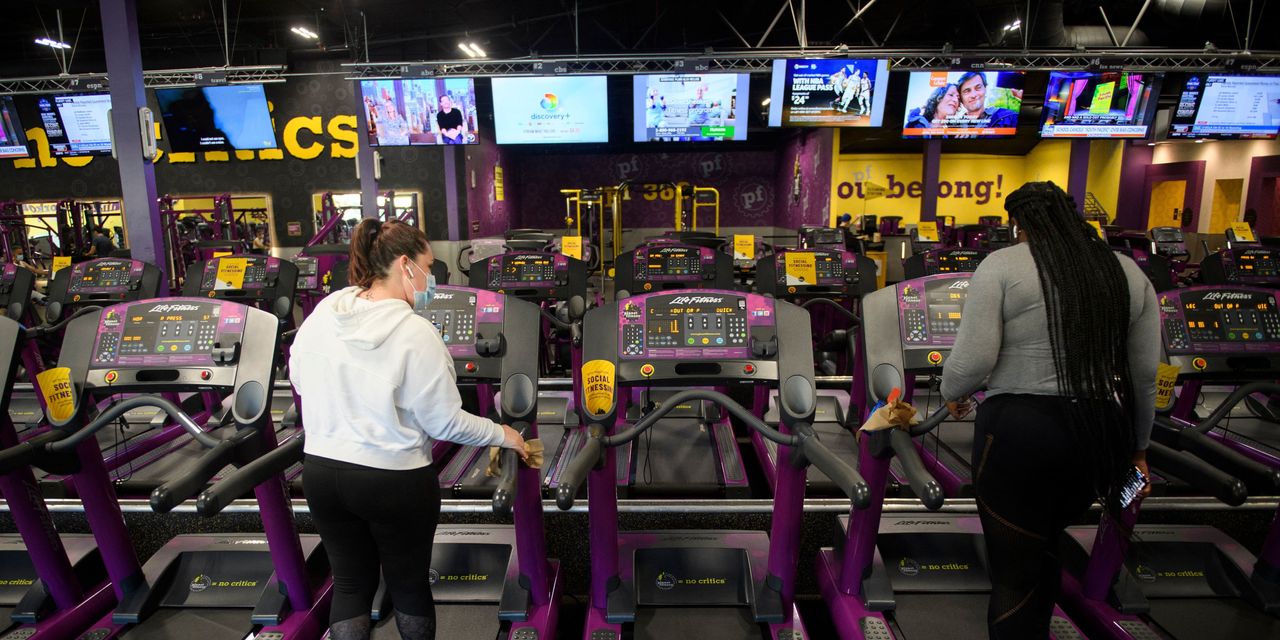