The public is being bombarded with energy efficiency advice which could increase the risk of damp and deadly mould, a Scots environmental health expert has warned.

Keeping windows permanently shut, sealing trickle vents and turning heating off can create the ideal conditions for the fungus to thrive, said Andrew Campbell, who inspects properties on behalf of Edinburgh City Council.

He said it would be very difficult for some households to strike a balance between keeping costs down, staying warm and maintaining a safe living environment.

The UK Government announced it is to strip funding from a housing organisation responsible for a property where a two-year-old boy died after prolonged exposure to mould.

Awaab Ishak died in December 2020 from a respiratory condition caused by mould in the one-bedroom housing association flat where he lived with his parents in Rochdale.

His father repeatedly raised the issue with Rochdale Boroughwide Housing (RBH) but no action was taken.

Mr Campbell said serious cases like that were rare but said the council had experienced a recent rise in call-outs for problems including damp, mould and vermin in flats owned by social landlords.

According to the World Health Organization (WHO), a considerable proportion of the world’s 300 million cases of childhood asthma is attributable to exposure to indoor dampness and mould.

“The only positive that comes out of a case like the toddler’s death is that it brings it to the front of peoples’ minds,” said Mr Campbell.

“In the vast majority of cases it’s the lifestyle of the people living in the properties which is the biggest contributory factor to mould growth,” he said.

“It’s all down to heating and ventilation.

“You need to heat the property adequately but you also need to let it breathe, which goes against some of the messages and advice that so-called experts are giving out in terms of sealing the property and cutting out draughts.

“You can get mixed messages which is problematic.

“I genuinely don’t know how some people are going to be able to cope with it and balance things out.

He added: “If you are seeing [black mould] you should be doing something about it.”

He said inspectors often come across trickle vents above windows [which lower humidity in a room] which have been sealed over.

He said: “With the cost of heating, people are starting to do more of these things but the trickle vents are there for a reason – to let the building breathe.”

He said:”If the mirror is wet with condensation, that’s your indicator. When that clears, that’s when you can close your window over.

“But it goes against what we are being told.

“If you are drying your clothes, don’t dry them inside, dry them outside which seems impossible right now.”

Other advice includes keeping the lid on pots when cooking and pulling bedroom cabinets away from the wall to ensure that air can circulate.

“You just want to minimise any moisture going into the air,” he said.

“If you are getting condensation on the inside of your windows that’s the first sign.

He said some newer buildings were designed to ensure all draughts were kept to a minimu which could create problems.

He suggests keeping bedroom doors open, if possible when sleeping and trying to maintain a “consistent temperature” in the home.

He said: “Heating and cooling homes is one of the things you are seeing in these forums but you should try to keep your home at a consistent temperature so you are not creating really hot and cold surfaces.

“It means the moisture in the air won’t condense in the fabric of the building as easily.”

Sat Nov 26 , 2022
Jake Fiegen is a senior off-guard for the Trevians. He is the lone returning starter for New Trier and is committed to Cornell University. 1. Do you have any pregame rituals or superstitions? My pregame ritual is every morning before a game I get a workout in and do my […] 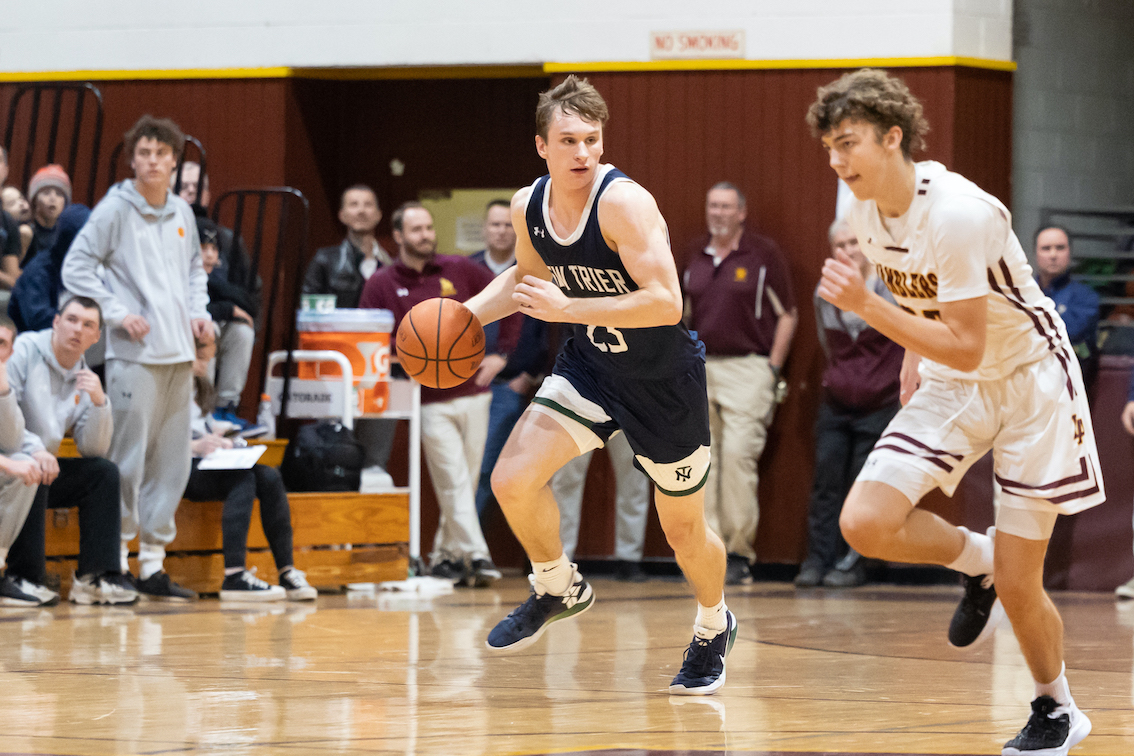