Mark Coeckelbergh, a professor of philosophy of media and technology at the University of Vienna, has written a great deal about the digital tools and means of communication that many of us tend to call “new,” though he clearly has misgivings about that term. “New” is a label concealing more than it identifies. “Eventually,” he writes, “these technologies are no longer experienced as ‘new,’ since they have been integrated in, and transformed, our form of life … Learning the technology and learning the culture are no longer two entirely different things. There is no longer a gap between using digital technologies and making sense of and in this world.”

That point is made toward the end of Self-Improvement: Technologies of the Soul in the Age of Artificial Intelligence (Columbia University Press)—one of Coeckelbergh’s two new books, along with The Political Philosophy of AI (Polity). Given the obvious overlap of their focus on AI, it seemed reasonable to try to cover them at the same time. But the differences are as interesting as the convergence. The reviewer is left feeling somewhat like a boa constrictor that has devoured a couple of still-active mammals. It’s too late to change plans, but digestion feels more challenging than anticipated. This will be the first of two columns dedicated to the effort.

Coeckelbergh regards artificial intelligence as a partial exception to his own caveat regarding not-so-new technology. It still has some of the unfamiliarity and the uncertain potential that, say, broadband internet connectivity did 20 years ago. The prospect of technology able to simulate (or, arguably, reproduce) the human ability to learn, make decisions and develop more complex functions remains a bit science-fictional—even as people come to rely on it. The search engine able to respond to a vague question with surprisingly pertinent links is everyday AI in action.

“Since the technology is still new,” Coeckelbergh writes in Self-Improvement, “we struggle to make sense of it and integrate it in our culture, which is already changing due to AI.”

Speculating about the pace and nature of change is a normal part of the process, but the author’s interest lies more in understanding the personal and political implications as they play themselves out now. In Self-Improvement, his focus is on how digital technologies have become part of the individual’s sense of identity and of the possibility of personal change. They are recent developments of what Michel Foucault dubbed “technologies of self”—practices that began emerging in antiquity through which individuals sought to monitor, control, develop and/or liberate their interior life, whether as part of a religious tradition or from more secular aspirations. The predigital forms of such “technology” included regimens of moral inventory, journal keeping and courses of reading.

The contemporary pursuit of self-improvement sometimes incorporates the older practices, but Coeckelbergh stresses how much more it is the product of a culture of self-aggrandizement and competitiveness, fueled by chronic dissatisfaction. Drawing on a market research report from 2017, Coeckelbergh notes that self-improvement is an $11 billion industry in the United States. Given demand for “personal coaching services, self-help books and audiobooks, and weight loss programs,” the report projected annual growth rate of about 4.8 percent. (A more recent study I found indicates that sales contracted by 10 percent during 2020, though they appear to be bounding back.)

Besides the goods and services just mentioned, social media and self-monitoring devices of various sorts have become part of the self-improvement dynamic. It seems fair to say that Coeckelbergh is not enthusiastic about this. “The silent dialogues and slow humanist self development that took place during the writing and reading of books have been replaced by the loud, screaming, and fast images of selves that desperately try to be born,” he writes. “Or rather: selves that are under construction and need regular updates … The self needs to be performed: every day, every hour, and preferably every minute.”

That may be overstated, but it isn’t really wrong. Nor is the situation new. The novelty wore off some time ago. It has become the status quo—or rather, perhaps, the status quo ante, which is now under quiet transformation by artificial intelligence. For AI, the self is, in effect, a vast cloud of data points. As the author puts it in Self-Improvement, “All my clicks, mouse movements, keyboard entries, and downloads are recorded and processed in computational ways, and these data move around the world and are analyzed, stored, sold, and used. Correlations are found, probabilities are calculated, predictions are made about what books I will buy, how much energy I will use, and whether there will be a crime in my neighborhood.” Furthermore, AI is capable of assessing how well it has anticipated future behavior and fine-tuning its suggestions—and its decisions, which you may not even notice have been made. This sounds either convenient or terrifying, and quite possibly both.

In any case, AI effectively countermands the challenge Socrates received from the oracle: “Know thyself.” Everyone now has a quantified-data doppelgänger following them around. AI, notes Coeckelbergh, “not only has access to information about me that I did not have before; I may also not have access to that information at all, for example when the data are captured and analyzed afterward without my awareness. If what AI does is invisible, AI knows more, and those who employ AI know more about me than I do.” Is that a problem? If so, what kind? We’ll consider Coeckelbergh’s perspective on the matter in the next column.

Sat Jun 11 , 2022
BEND, Ore. (KTVZ) — Summer is a great time to focus on health and wellbeing. To help, Bend Park and Recreation District is launching new programs and bringing back a past favorite. The district’s annual Summer Kickoff Free Fitness event runs June 13-19 and features more than 35 no-cost fitness classes […] 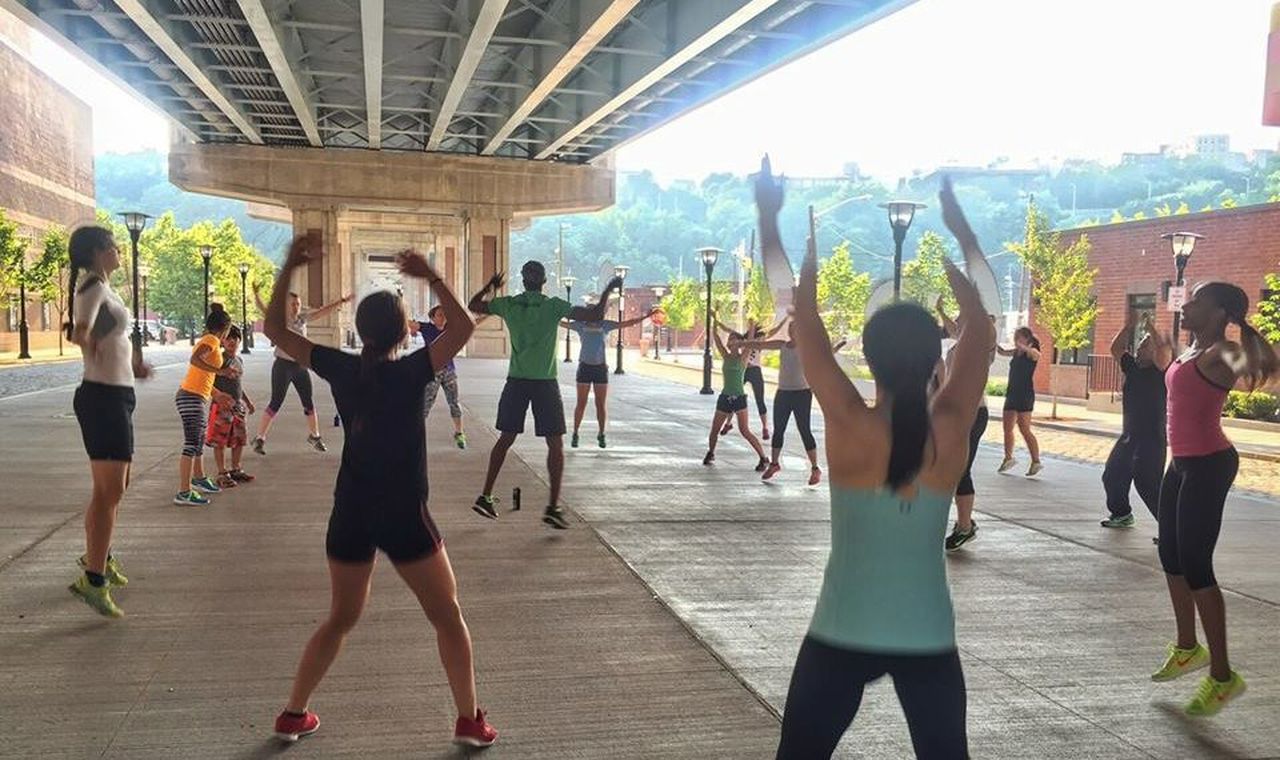