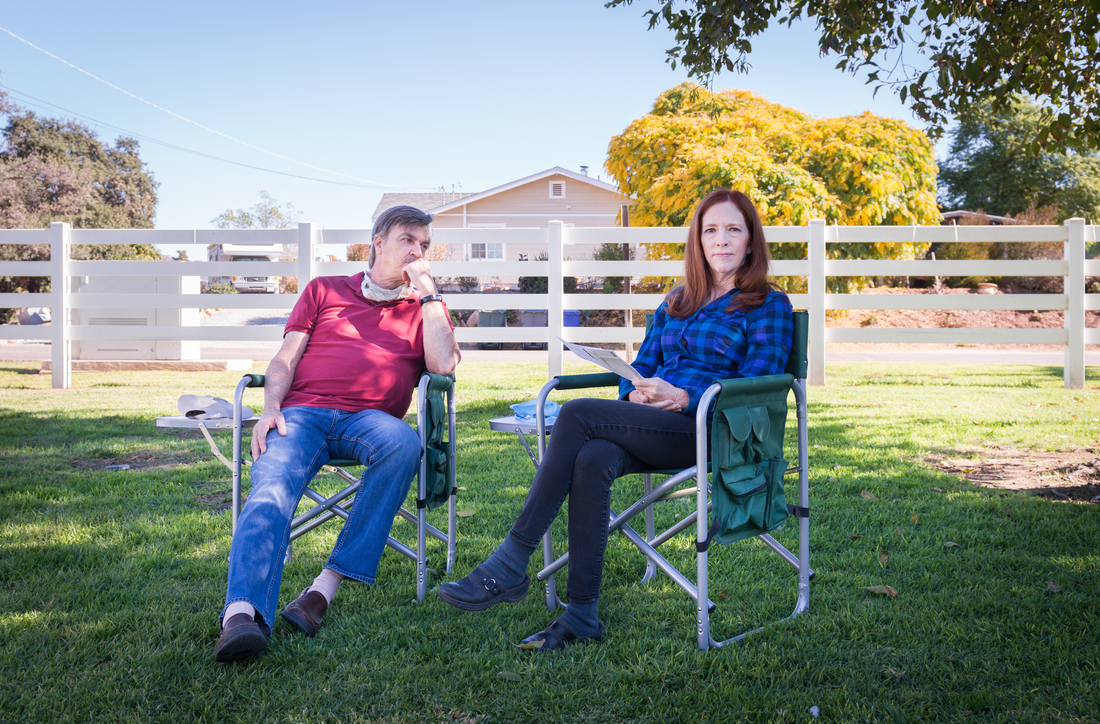 Michael and Lorraine Rogge sit outside their recreational vehicle in El Cajon, Calif. The latter received a bill for more than $12,000 for a bundled lab test from Carlsbad Medical Center; her share was over $3,000. 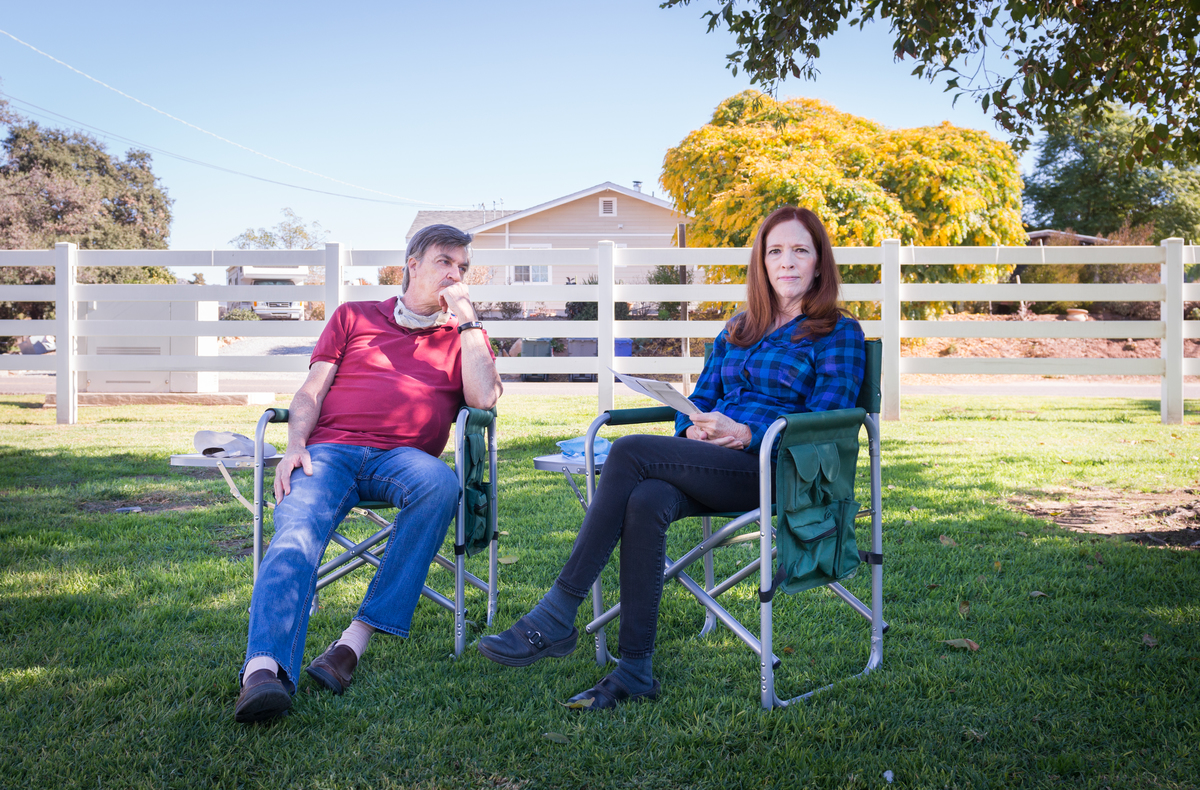 Michael and Lorraine Rogge sit outside their recreational vehicle in El Cajon, Calif. The latter received a bill for more than $12,000 for a bundled lab test from Carlsbad Medical Center; her share was over $3,000.

Lorraine Rogge and her husband, Michael, travel the country in a recreational vehicle, a well-earned adventure in retirement. This spring found them parked in Artesia, N.M., for several months.

In May, Rogge, 60, began to feel pelvic pain and cramping. But she had had a total hysterectomy in 2006, so the pain seemed unusual, especially because it lasted for days. She looked for a local gynecologist and found one who took her insurance at the Carlsbad Medical Center in Carlsbad, N.M., about a 20-mile drive from the RV lot.

The doctor asked if Rogge was sexually active, and she responded yes and that she had been married to her husband for 26 years. Rogge felt she made it clear that she is in a monogamous relationship. The doctor then did a gynecological examination and took a vaginal swab sample for laboratory testing.

The only lab test Rogge remembered discussing with the doctor was to see whether she had a yeast infection. She wasn’t given any medication to treat the pelvic pain, and eventually it disappeared after a few days.

Then the bill came.

The patient: Lorraine Rogge, 60. Her insurance coverage was an Anthem Blue Cross retiree plan through her husband’s former employer, with a deductible of $2,000 and out-of-pocket maximum of $6,750 for in-network providers.

Medical service: A bundled testing panel that looked for bacterial and yeast infections as well as common STIs, including chlamydia, gonorrhea and trichomoniasis.

What gives: There were two things Rogge didn’t know as she sought care. First, Carlsbad Medical Center is notorious for its high prices and aggressive billing practices and, second, she wasn’t aware she would be tested for a wide range of sexually transmitted infections.

“I was incensed that they ran these tests, when they just said they were going to run a yeast infection test,” Rogge says. “They ran all these tests that one would run on a very young person who had a lot of boyfriends, not a 60-year-old grandmother that’s been married for 26 years.”

Although a doctor doesn’t need a patient’s authorization to run tests, it’s not good practice to do so without informing the patient, says Dr. Ina Park, an associate professor of family community medicine at the University of California, San Francisco School of Medicine. That is particularly true with tests of a sensitive nature, such as STIs. It is doubly true when the tests are going to costs thousands of dollars.

Park, an expert in sexually transmitted infections, also questioned the necessity of the full panel of tests for a patient who had a hysterectomy.

Beyond that, the pricing for these tests was extremely high. “It should not cost $12,000 to get an evaluation for vaginitis,” Park says.

“Quite frankly, the retail prices on [the bill] are ridiculous; they make no sense at all,” Root says. “Those are tests that cost about $10 to run.”

The bundled testing panel run on Rogge’s sample was a Quest Diagnostics SureSwab Vaginosis Panel Plus. It included six types of tests. Quest Diagnostics didn’t provide the cost for the bundled tests, but Kim Gorode, a company spokesperson, says if the tests had been ordered directly through Quest rather than through the hospital, it was likely “the patient responsibility would have been substantially less.”

According to Medicare’s Clinical Laboratory Fee Schedule, Medicare would have reimbursed labs only about $40 for each test run on Rogge’s sample. And Medicaid would reimburse hospitals in New Mexico similarly, according to figures provided by Russell Toal, superintendent of New Mexico’s insurance department.

But hospitals and clinics can — and do — add substantial markups to clinical tests sent out to commercial labs.

That $720 is less than what Carlsbad Medical Center charged Rogge for her chlamydia test alone: $1,045. And for several of the tests, the medical center charged multiple quantities — presumably corresponding to how many species were tested for — elevating the cost of the yeast infection test to more than $4,000.

Resolution: Rogge contacted Anthem Blue Cross and talked to a customer service representative, who submitted a fraud-and-waste claim and an appeal contending the charges were excessive.

Anthem Blue Cross said in a statement to Kaiser Health News all the tests run on Rogge were approved and “paid for in accordance with Anthem’s pre-determined contracted rate with Carlsbad Medical Center.”

By the time Rogge’s appeal was denied, she had researched Carlsbad Medical Center and read the stories of patients being brought to court for medical bills they couldn’t pay. She had also gotten a notice from the hospital that her account would be sent to a collection agency if she didn’t pay the $3,000 balance.

Fearing the possibility of getting sued or ruining her credit, Rogge agreed to a plan to pay the bill over three years. She made three payments of $83.63 each in September, October and November, totaling $250.89.

After a Nov. 18 call and email from KHN, Carlsbad Medical Center called Rogge on Nov. 20 and said the remainder of her account balance would be waived.

Rogge was thrilled. We “aren’t the kind of people who have payment plans hanging over our heads,” she said, adding: “This is a relief.”

“I’m going to go on a bike ride now” to celebrate, she said.

The takeaway: Particularly when visiting a doctor with whom you don’t have a long-standing trusted relationship, don’t be afraid to ask: How much is this test going to cost? Also ask, what exactly are you being tested for? Do not be comforted by the facility’s in-network status. With coinsurance and deductibles, you can still be out a lot.

If it’s a blood test that will be sent out to a commercial lab such as Quest Diagnostics anyway, ask the physician to give you a requisition to have the blood drawn at the commercial lab. That way you avoid the markup. This advice is obviously not possible for a vaginal swab gathered in a doctor’s office.

Patients should always fight bills they believe are excessively high and escalate the matter if necessary.

Rogge started with her insurer and the provider, as should most patients with a billing question. But as she learned: In American medicine, what’s legal and in accordance with an insurance contract can seem logically absurd. Still, if you get no satisfaction from your initial inquiries, be aware of options for taking your complaints further.

Every state and U.S. territory has a department that regulates the insurance industry. In New Mexico, that’s the Office of Superintendent of Insurance. Consumers can look up their state’s department on the National Association of Insurance Commissioners website.

Toal, the insurance superintendent in New Mexico, said his office doesn’t (and no office in the state does that he’s aware of) have the authority to tell a hospital its prices are too high. But he can look into a bill such as Rogge’s if a complaint is filed with his office.

“If the patient wants, they can request an independent review, so the bill would go to an independent organization that could see if it was medically necessary,” Toal says.

That wasn’t needed in this case because Rogge’s bill was waived. And after being contacted by KHN, Melissa Suggs, a spokesperson with Carlsbad Medical Center, says the facility is revising its lab charges.

“Pricing for these services will be lower in the future,” Suggs said in a statement.

Sat Dec 26 , 2020
According to Jonathan Gerow, exchange of knowledge promotes growth and change, which are pivotal to operating in demanding environments Grow Your Business, Not Your Inbox Stay informed and join our daily newsletter now! December 24, 2020 4 min read You’re reading Entrepreneur India, an international franchise of Entrepreneur Media. Entrepreneurial […] 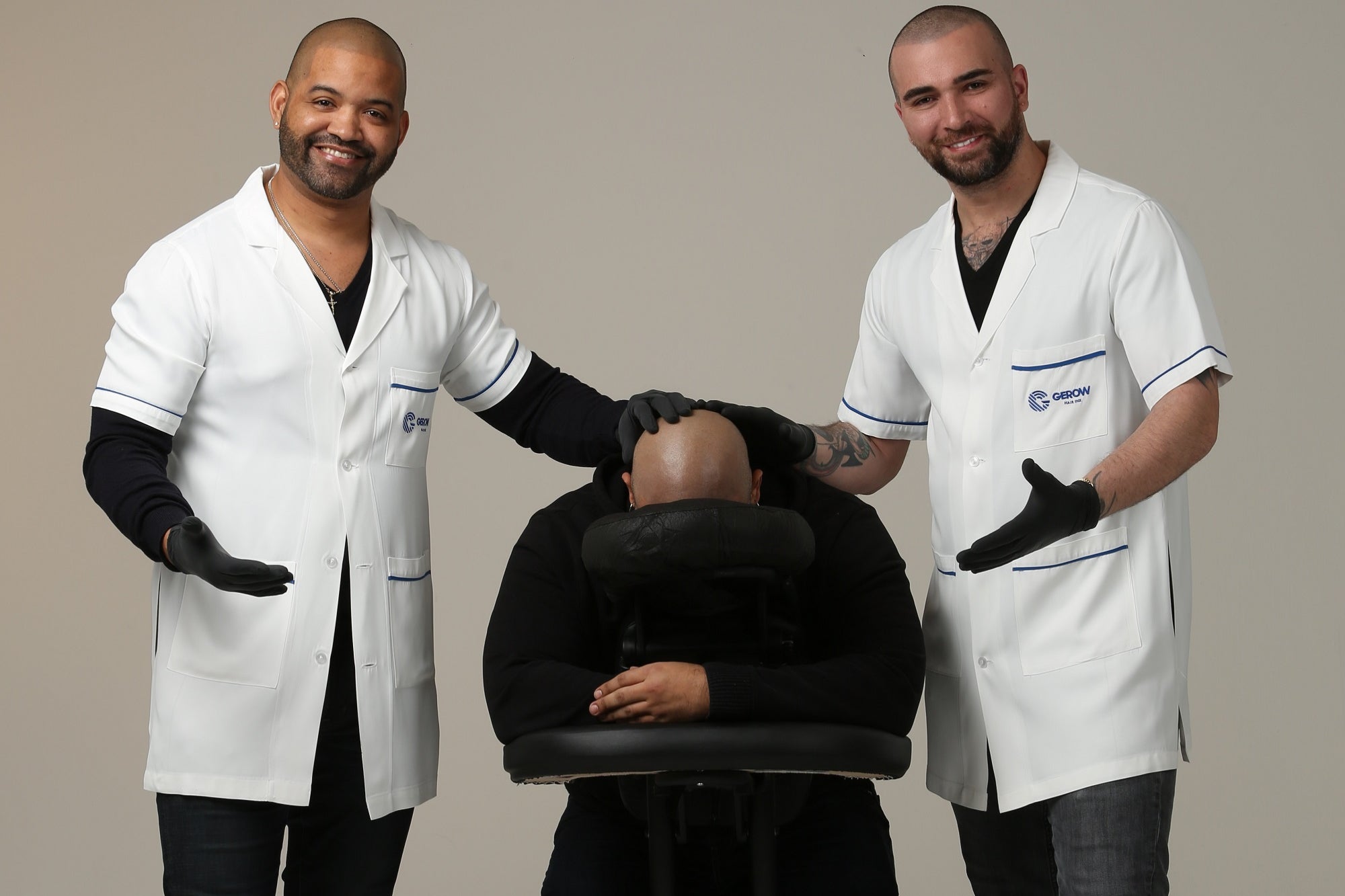