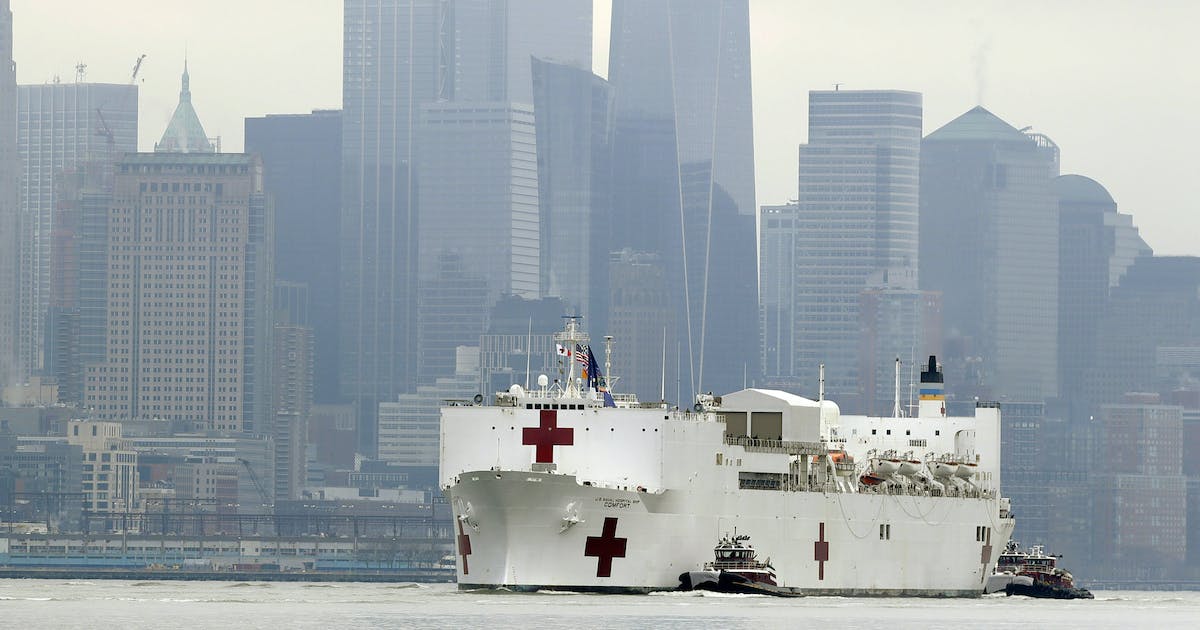 Burton Abrams, an emeritus professor of economics, twice insists that America’s health care system is not broken (“U.S. medicine compares well,” Opinion Exchange, Feb. 11) and indeed is the best among large countries. These conclusions are based entirely on data indicating that had our death rate in the pandemic been similar to that found in the United Kingdom, Canada, Italy, Germany and France, we would have had suffered another 292,000 deaths.

Well, considering that we have already lost almost 500,000 people to COVID-19, this is good news, but Abrams completely neglects the fact that the mortality rate in the U.S. is far higher among non-white racial and ethnic groups, as numerous studies have shown. And there little doubt that the socioeconomic disparities in the U.S. and our health care system will have significant additional effects beyond the mortality rates, especially with regard to mental health.

Moreover, had Abrams dug a little deeper into the data on disparities between our system and the publicly financed systems in Europe, Canada and the U.K., he would have found the following, as documented in Mike Magee’s book “Code Blue”:

1. Women in the U.S. are three times more likely to die in pregnancy than women in the United Kingdom or Canada.

2. Children in the U.S. are twice as likely to die in the first five years of life compared with children in Canada, Germany, Britain and Japan.

3. Rates of premature deaths in the U.S. are 68% higher than in the best-performing countries.

4. The death rate from treatable diseases is 70% higher in the U.S. than in France, Sweden and Australia.

In the face of such data, it is not rational to state that our system is the best among large countries and that it is not in need of a “fix.”

The writer is a psychiatrist.

Abrams attempts to demonstrate that the data show that the U.S. has reduced death rates compared to the aggregated results of five other economically advantaged countries. His data is the death rate per confirmed case published by Johns Hopkins University. I thank him for citing sources; too many opinions on these pages (commentary and letters) do not. Because the death rate in the U.S. is lower than the five countries, he praises our health care system for reducing deaths by almost 300,000.

Statistics are useful but often are the beginning of analysis, not the end. Why the disparity in results? Is it really because we have a superior health care system?

Johns Hopkins cautions that differences in mortality numbers can be caused by differences in the number of people tested, demographics, characteristics of the health care system and other factors, many of which remain unknown.

The Johns Hopkins data show that Turkey’s death rate is 1.1%, the U.S. 1.7%. Does that mean that Turkey’s health care system is superior to ours? What’s to be made of death rate per person in the entire population — the U.S. had the fourth-highest percentage among the 20 that Johns Hopkins tracks. Doesn’t that cut against his argument?

Two submissions in the Thursday Opinion pages, Abrams’ commentary and the letter “What’s the plan for those left behind?” (Readers Write), provide by contrast an important insight about the future of “health care” in the United States. Abrams contends that the U.S. “system” has done well contending with the COVID-19 pandemic. His fundamental claim is that the U.S. “system” has a lower death rate in treating COVID-19 than several largely equivalent countries. His conclusion is that “the U.S. health care system is the best” but it “can be improved.” He is mistaken, however, to call the U.S. approach either “health care” or a “system”; it is a “sick care” “nonsystem” rewarding high-cost, high-visibility procedural medicine for profit.

This is highlighted by the letter to the editor, making crystal clear how our hastily developed vaccine administration program has made it substantially easier for certain groups (among whom I was lucky to be) of people to be immunized than it is for others, through no fault of their own. She rightly concludes, “We need a better system.”

I submit that, if we are to persist with a private, “nonsystem” for sick care, we need to increase massively our public health system to be able to do the less glamorous but arguably far more important job of “health care,” including classic public health issues of obesity, violence, gun control, pollution, accident prevention and especially preparation for the next pandemic — which will, inevitably, occur.

The writer is a retired pediatrician.

Without reform, bias is here to stay

The Thursday letter “Stop hammering party labels” suggested that what we need is a nonpartisan, unbiased judiciary and must do that by rooting out and eliminating partisanship. That’s a pipe dream

Judges are appointed for the simple reason that they share basic beliefs that sync with the appointer. Would a president appoint a judge that held beliefs that conflicted with their own? That would mean that justice might become a reality and judges might stray from what the appointer intended. The party that appointed these judges expects rulings to reflect their position on particular issues.

Until we find a better way to select and vet members of our judiciary, we will be at the mercy of the person who controls the U.S. Senate because they determine who is “right” for the job. In fact, they can hold open hundreds of judicial positions until the “right” president recommends someone to fill them.

Gun deaths will only continue

The shooting and death in Buffalo are a horrible reminder of the consequences of our state and country’s attitude toward guns. With an estimated 400 million guns in the hands of Americans, guns are so easy to get that even a person who is said to be mentally unfit to get a gun permit can somehow get a gun. The prosecution and conviction of the suspect will not bring back the mother of two young children, and until we change our attitude toward guns, these kinds of deaths will continue.

It was inevitable that gun control would be the topic (“Shooting renews the push at Legislature for gun control,” Feb. 11) soon after the horrific events at the Buffalo Allina clinic. But once again we see some elected officials making recommendations before the facts are fully known. Already Gregory Paul Ulrich was banned from the clinic, and I am sure there is a sign out front that bans guns from the premises. These contribute to the false sense of security that those who are committed to violence simply ignore.

Was there a mental health evaluation in the recent past? Was there a court order to remove firearms?

How does society differentiate between behavior that necessitates immediate intervention vs. someone who is quirky, odd or just having a bad day? Legislators who are quick to pounce on an incident without knowing the facts fail us all. This happens all too often with hot-button issues and diverts attention from the needed areas of concern.

These tragic events point to the problem of monitoring and controlling behavior no matter what method is used to hurt or kill others for some personal motivation. That doesn’t mean we stop trying, but let’s get the facts before we start legislating new laws.

We want to hear from you. Send us your thoughtshere.

5 Health Care Jobs on the Rise