Not all vegetarian diets are created equal when it comes to lowering the risk of stroke. If you follow a plant-based diet to promote brain health, you need to load up on things like whole grains and fresh fruits and vegetables — and steer clear of refined grains and added sugars and fats, according to a study published in March 2021 in Neurology.

For the study, researchers examined data on more than 200,000 U.S. adults who were followed for more than 25 years and completed questionnaires about their health and eating habits every two to four years. During the follow-up period, researchers documented a total of 6,241 stroke cases.

Researchers scored participants’ diets based on the healthfulness of plant-based foods they ate. They classified people as vegetarians if they consumed no more than one serving of meat or fish per month.

Being vegetarian didn’t appear to influence the risk of stroke, the study found.

RELATED: Think You’re Too Young for a Stroke, Think Again

“A vegetarian diet simply refers to people who are not eating meat,” says Suzanne Judd, DPhil, director of the Lister Hill Center for Health Policy and a professor in public health at the University of Alabama at Birmingham.

“They could be replacing the meat with cookies, ice cream, and other less healthy options rather than with healthier plant based sources of protein,” says Judd, who wasn’t involved in the study. “It is for this reason that a vegetarian diet by itself is not necessarily associated with lower risk of stroke.”

On the other hand, a healthful plant-based diet assumes the meat replacements are high in fiber and protein and low in added sugars — and that those replacements are often high in antioxidants and fatty acids that help prevent stroke, Judd adds.

The biggest limitation of this study is that it used diet questionnaires, which rely on participants to accurately recall and report what they ate instead of objectively measuring the exact amounts and types of foods they consume. Another drawback is that researchers lacked data on several factors that can influence stroke risk including blood pressure, cholesterol levels, and blood sugar levels.

Previous studies exploring the connection between a plant-based diet and stroke risk have found mixed results. Like the current study, these also relied on diet questionnaires which may not provide a completely accurate picture of what people eat.

But a study published in September 2019 in The BMJ found vegetarians had a 20 percent higher risk of stroke than meat eaters. And a study published in January 2016 in the American Journal of Clinical Nutrition found no difference in the risk of premature death from all causes based on whether or not people ate meat.

The conflicting findings from previous studies may be explained by differences in the types of plant-based foods people ate, says lead author of the current study, Megu Baden, MD, PhD, of the department of nutrition at the Harvard T. H. Chan School of Public Health in Boston and the department of metabolic medicine at Osaka University in Japan.

“A lot of previous studies have suggested that plant-based foods are high in components and nutrients that may reduce cardiovascular disease,” Dr. Baden says. “Potential components include dietary fiber, flavonoids and polyphenols that are more abundant in whole grains, fruits, vegetables, tea, and coffee and have been shown to have anti-inflammatory and antioxidant effects.”

How to Eat to Lower Your Risk of Stroke

There’s more than one way to eat if your goal is reducing stroke risk, and you can do this with a plant-based diet or with a diet that includes animal protein, according to recommendations from the American Heart Association (AHA). For stroke prevention, a healthy diet can include these things, according to the AHA:

At the same time, the AHA recommends limiting or avoiding the following things:

The healthy plant-based diet that was associated with a lower stroke risk in the current study appeared to meet these criteria, says Vandana Sheth, RDN, CDCES, a private nutrition practitioner in Los Angeles and the author of My Indian Table: Quick & Tasty Vegetarian Recipes.

Other diets that include some fish, poultry, and lean meat may also fit the bill, says Sheth, who wasn’t involved in the current study. Two examples are the Dietary Approaches to Stop Hypertension (DASH) diet and a Mediterranean-style diet. These are both diets that emphasize consuming fruits, vegetables, whole grains, vegetable oils, nuts, fish, and poultry, and limiting red meat, added sugars, and salt.

If you aren’t ready to completely eliminate meat from your diet, you can still eat in a way that minimizes your stroke risk, Sheth adds.

Telemedicine likely to change how we receive health care post-pandemic

Sun Mar 21 , 2021
When coronavirus restrictions forced health care systems to close their offices to non-emergency visits last spring, providers had to get creative with how they continued to serve patients. Their solution: virtual appointments. Known by many names like telehealth or telemedicine, these video appointments allowed care providers to assess symptoms and […] 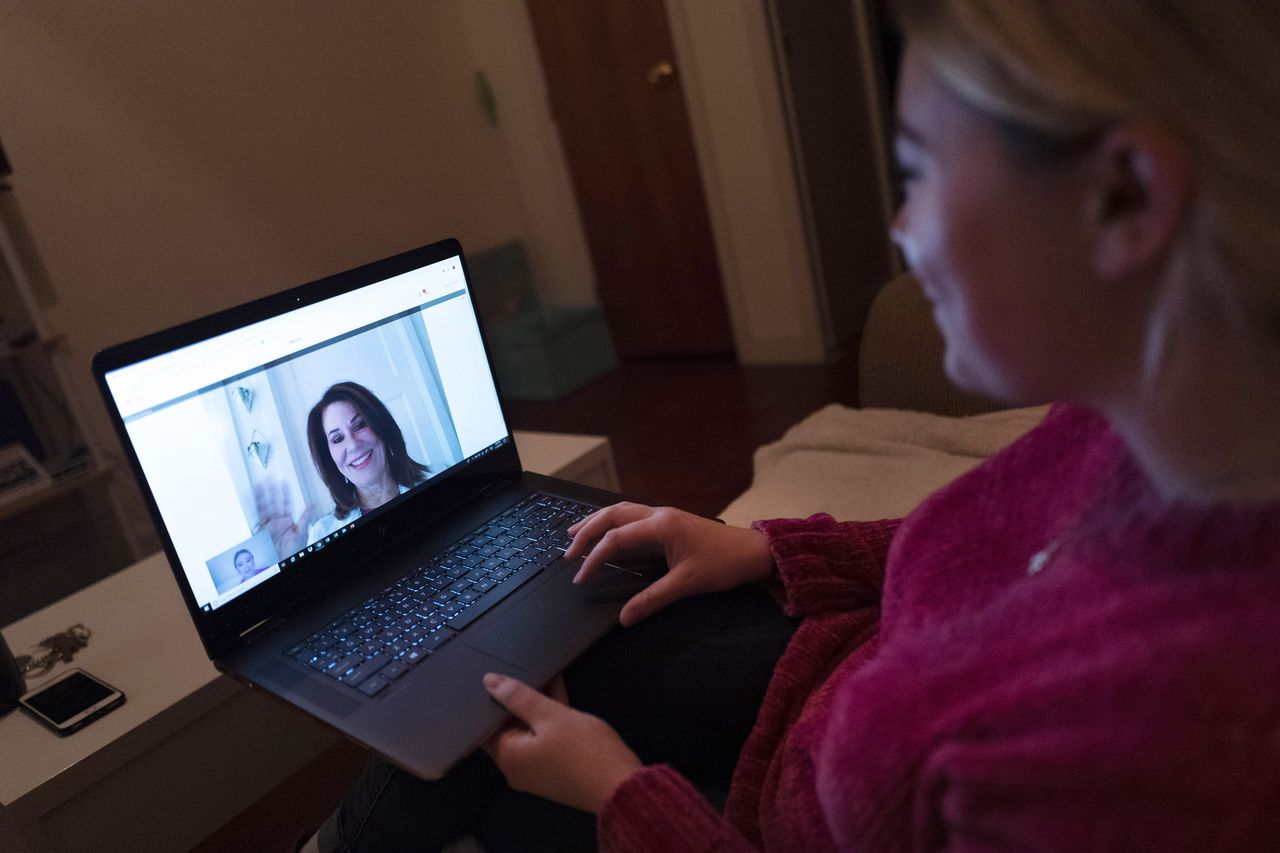