Editor’s note: This story originally stated the PMPRB guidelines were delayed by months, but the CEO of Cystic Fibrosis Canada said they were delayed by a week. The story has been updated.

Thirteen health charities and patient groups are calling on the Canadian government to improve access to life-changing medical treatments.

The organizations, including the ALS Society of Canada, Canadian Cancer Survivor Network, Fighting Blindness Canada and Cystic Fibrosis Canada, have banded together for the new Protect Our Access campaign.

They say Canada lags behind other countries when it comes to bringing breakthrough drugs to patients, and they blame the federal Patented Medicine Prices Review Board (PMPRB).

“[PMPRB] swung the pendulum so far to lower the drug prices… that the pharmaceutical companies would not actually find a market reasonable enough to come to Canada for,” Kelly Grover told Global News.

The president and CEO of Cystic Fibrosis Canada said revised guidelines by the PMPRB have been delayed by a week. Those guidelines determine the maximum price a company can charge for a new treatment in Canada. Then it’s up to each province and territory to negotiate further.

Meanwhile patients with cystic fibrosis, a fatal lung and digestive disease, have been waiting for a new life-saving drug, Trikafta, since it was approved in the U.S. one year ago.

“We’ve been told by the PMPRB and by Health Canada and by the minister of health in particular that they are just waiting for the company to bring (Trikafta) to Canada, but the company is waiting to see what the new guidelines are,” said Grover.

The PMPRB emailed Global News a statement about the matter.

“It is important to note that there is nothing in the amended Patented Medicines Regulations or revised Guidelines that would prohibit any pharmaceutical company from bringing life-saving drugs to Canada,” the statement reads in part.

“Canada currently pays among the highest prices in the world for patented brand name drugs.  The primary purpose of the changes to the PMPRB’s pricing regime is to ensure that Canadians pay drug prices that are more aligned with what most other developed countries pay and with their therapeutic value.”

Lisa Grono’s children, Sydni (15) and Logan (13), both have cystic fibrosis. When they heard Trikafta was approved in the U.S. in October 2019, they assumed it would come to Canada soon.

“Trikafta is literally what every family has dreamed of since we heard the word ‘CF’, so that day was a super happy day… we had a dance party in the kitchen,” said Grono, who lives in Spruce Grove, Alta.

Twelve months later, the celebration has turned to frustration. Trikafta is only available by special access from the pharmaceutical company itself, for deathly ill patients. Despite regular hospital stays for their progressive disorder, the Grono children are still active and would not qualify.

“You would think that to save a child’s life or a young person’s life would be easy and a no-brainer,” said Grono.

“The level of red tape and bureaucracy in (Canada’s) drug approval system is ridiculous.”

The maker of Trikafta, Vertex Pharmaceuticals Inc., emailed Global News a statement about the issue.

“The PMPRB guidelines as currently drafted will have a significant, long-term and global impact to the pharmaceutical industry,” it reads in part. “We remain hopeful that the final PMPRB guidelines will address the challenges and unintended consequences that have been shared by patients, patient groups and industry associations.

“Once the final guidelines have been published by PMPRB, Vertex will be in a position to determine our next steps with regard to any new medicines.”

The new PMPRB pricing guidelines will be issued before Health Canada’s amendments to the Patented Medicines Regulations, which come into effect in January 2021.

Fri Oct 23 , 2020
There are about 1,150 students and 100 staff members at Hat High. The case was confirmed to the public school division on Wednesday, and officials then began the process of tracking down and contacting close contacts. Based on the movements of student, the school division believes the exposure was limited […] 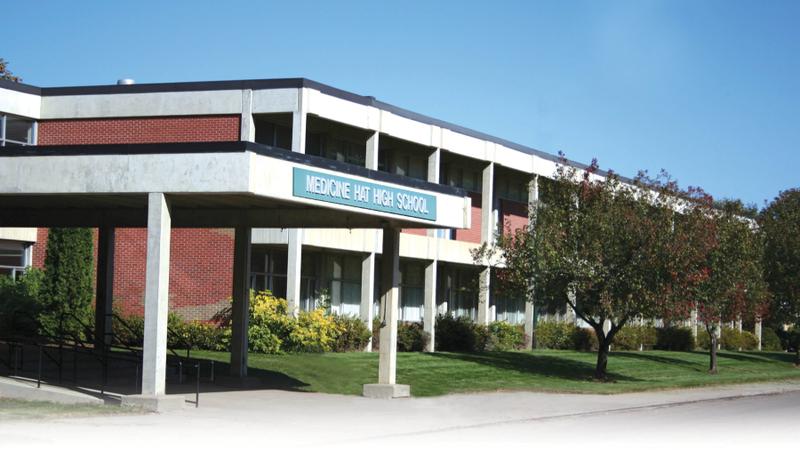