LOS ANGELES–(BUSINESS WIRE)–Panda Restaurant Group, Inc., the operator of the national chain of Panda Express fast-food restaurants, was sued by former employee Jennifer Spargifiore for sexual battery, sexual harassment, wrongful termination, and intentional infliction of emotional distress. The lawsuit, filed by Los Angeles employment trial lawyers Blair & Ramirez LLP, follows her required attendance at a “self-improvement seminar,” operated jointly with Alive Seminars and Coaching Academy, to which Ms. Spargifiore and other Panda Express employees were funneled as a prerequisite for further promotion within Panda Express, according to the lawsuit.

The lawsuit alleges that the four-day Alive Seminars course, sponsored and endorsed by Panda Express was a “prerequisite to promotion” and attendees, including Ms. Spargifiore, were forced to endure an “atmosphere of fear” and “intimidation” while engaging in cult-like rituals under the guise of “self-improvement” and “team-building,” including coerced skin to skin contact while the seminar participants were nearly naked. According to the lawsuit, “[t]he attendees were prohibited from using their cell phones; there was no clock in the room; the doors and windows were all covered with black cloth. The atmosphere resembled less a self-improvement seminar than a site for off-the-books interrogation of terrorist suspects. The sensory isolation and intimidation was reinforced by constant yelling and verbal abuse by seminar staff, creating an atmosphere of fear in the room” and that Panda Express “adopted, ratified, and endorsed the offending conduct and authorized it as if it had been its own policy.” Ms. Spargifiore was forced to leave the company after refusing to attend the “seminars” rather than continue paying such a price for promotion.

Defendant Panda Restaurant Group, Inc. is no stranger to litigation and has been the subject of several recent employment law violation claims, including a recent class action (Case No. 19STCV44438) filed by the Parris Law Firm alleging failure to pay proper wages.

Ms. Spargifiore is represented by Los Angeles trial attorneys Matthew Blair and Oscar Ramirez who stated, “Today, Ms. Spargifiore has taken the difficult step of filing a lawsuit that is intended not to just help herself, but to change the workplace for all employees at Panda Express. Employees wishing to be promoted within a company should be judged by their talents and skill, not by whether they will degrade themselves in front of fellow workers, as Panda Express required, to prove their loyalty to the company.”

Thu Mar 4 , 2021
Health & Fitness by Brittni Lair Brittni Lair is a physician assistant in orthopedics in Albert Lea. She owns CrossFit InnerDrive. She enjoys spending time outside and with her friends and family. Inhale and exhale are two words most people do not think twice about. Prior to the current COVID […] 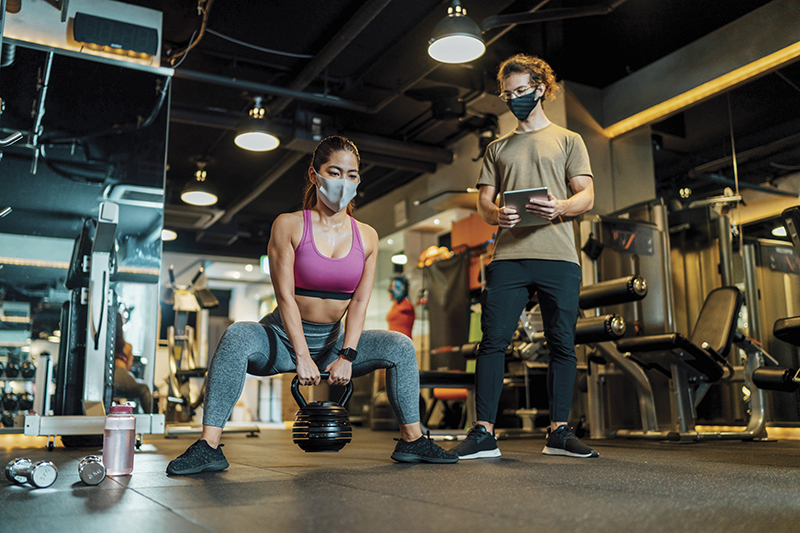