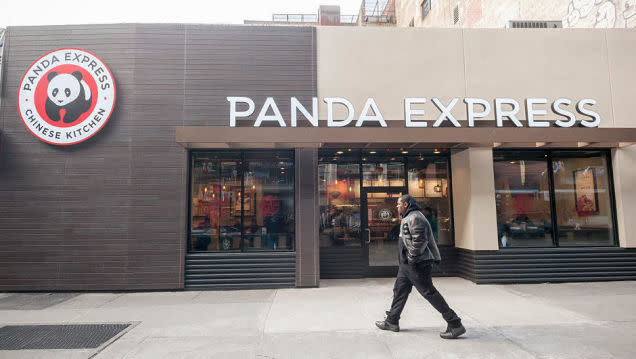 Today in the realm of food news there is a story so troubling, so confounding that it’s likely to be optioned by HBO by this time next week. Americans love fast casual Chinese food almost as much as they love TV shows about cults, so I wouldn’t be surprised by the shrewd calculation to produce a six-part limited series about a psychologically abusive Panda Express training program. Take that as a genuine content warning, because the details that follow are upsetting.

The Washington Post reports that back in 2019, a 23-year-old Panda Express cashier was told that to be promoted within the company, she’d need to attend a four-day training program at Alive Seminars and Coaching Academy in Los Angeles. The “self-improvement” program, which she was required to pay for herself, involved trapping participants in a dark room, confiscating their cell phones to cut them off from the outside world, and subjecting them to intense psychological abuse.

According to a lawsuit filed last month against both Panda Restaurant Group and Alive Seminars and Coaching Academy, the plaintiff and a group of other Panda Express employees were isolated in a blacked-out room and told to sit quietly, with no phones, clocks, or distractions. The plaintiff estimates that after hour of sitting in silent darkness, a man (an employee of Alive Seminars) stormed in and began screaming at them in Spanish for “sitting there and doing nothing when that is exactly what they had been instructed to do.” He then berated the Panda Express employees on an individual basis, telling them they were “nothing” and “don’t matter.” After this first round of terror, the group was then guided through a series of team-building exercises.

In the first exercise, the attendees had to pretend they were on a sinking ship and that only four of them would be able to survive; then, in turn, each participant was told by their fellow Panda Express employees why they were worthy of living, or dying. During this exercise, multiple Alive Seminars staff members continued to hurl verbal abuse at the to the group, saying that nobody would care if any of them live or died because they “do not stand out sufficiently.”

When the plaintiff arrived for the second day of the seminar, she was forced to strip to her underwear in front of the group for “trust-building” purposes, while Alive Seminars staff leered and laughed at the female participants. The Panda Express employees were then told to take turns screaming about their inner struggles, and not to stop until everyone else in the group “believed” them. The lawsuit alleges that the final male participant broke down in tears, and was forced to “hug it out” with the plaintiff while both of them were wearing nothing but underwear.

After that exercise was complete, the group was instructed to stand, close their eyes, and pretend that a light from above was sucking any “negative energy” out of them. While this occurred, the plaintiff alleges that a staff member took a video of the group, the plaintiff still in her underwear. It was at this point the plaintiff decided she’d had enough and left the program under the guise of a family emergency.

Panda Express released a statement to The Washington Post saying that the company is horrified by the allegations and is investigating the claims. The restaurant chain stressed that Alive Seminars is a third-party vendor it has no control over, and Panda does not have any sort of financial stake in the company. Though that may be true, the lawsuit alleges that attendees received materials featuring the Panda Express logo and were required to provide their company ID numbers when registering for the seminar. Panda Express also denied the plaintiff’s claim that attending the seminar is a prerequisite for promotion.

“We do not condone the kind of behavior described in the lawsuit, and it is deeply concerning to us,” said the statement. “We are committed to providing a safe environment for all associates and stand behind our core values to treat each person with respect.”