It’s not often that you find someone who is as comfortable preparing a five-course meal as they are diagnosing patients in the clinic. Michelle Hauser is one of those people.

Her culinary prowess (she trained at the famed Berkeley restaurant Chez Panisse, which, if you know Bay Area food, should make your mouth water in 3…2…1…) has landed her in a rare category of health care professionals: a physician-chef. As such, Hauser has found a way to marry her two careers: She calls it “culinary medicine.”

Hauser, a clinical associate professor of surgery who specializes in obesity medicine, describes culinary medicine as an evidence-based field that brings together nutrition, culinary knowledge and skills to assist patients in maintaining health and treating disease. The idea is to choose whole, healthy, tasty foods in conjunction with your medical care. “It’s not meant to replace traditional health care but, rather, to be one of the tools for health care professionals to draw on,” said Hauser, who shares her wisdom with colleagues, patients and students primarily through classes she teaches every year.

The idea isn’t simply “eat better” or “add more vegetables to your diet.” Culinary medicine is heavy on the culinary aspect. It’s got to taste good. That way, healthy food becomes appealing and exciting, not a boring, if crunchy, mandate from your doctor.

I spoke with Hauser about her journey with culinary medicine, how cooking and nutrition support healthy living, and how she weaves cooking into the broader medical field.

How did you start practicing culinary medicine?

When I was an undergrad pursuing my pre-med studies, I had already been trained as a chef and needed to work full time to put myself through school. I ended up running a cooking school. People who attended my class would come in and ask me about how they could eat differently to improve their cholesterol or how to help cook for a spouse with diabetes. And that sparked this journey for me to learn more about nutrition and implement it in my cooking classes.

Alongside my French cuisine and other classes, I started teaching a healthy cooking class. I think my students were a little skeptical at first, but they trusted me when I said that I ate the recipes I taught at home, and they knew I wouldn’t eat something if it wasn’t good. So they gave the class a chance. But they also told me, “If it’s terrible, we’re not going to sign up for another healthy cooking class.” Fortunately, it went well. And from then on, there was always a waitlist.

How do you invoke your skills as a chef when teaching or practicing culinary medicine?

Chefs are good at getting people to eat interesting or unusual dishes. But their concoctions are rarely made specifically to enhance health. Like me, there are a handful of people who are trained in culinary arts and as physicians, and we’re in a unique position to teach others how to cook and enjoy delicious foods that support health.

I’ve found that, as a doctor, simply telling patients to eat healthier as a way to treat or prevent disease isn’t super effective. But it’s easy to get people to change eating habits when you’re talking about the deliciousness of something — maybe you’re highlighting a new recipe or restaurant and how good it tastes. It’s about making healthy, appetizing foods and using culinary skills to create dishes that are as tasty as they are healthy.

How have you seen culinary medicine make its way into the clinic?

Mostly people said that it takes too much time, or that no one changes their diet anyway, and that it’s better to just focus on medications. I had already seen firsthand, in my cooking classes, that people can and will change their diets when it’s a sustainable, enjoyable change. It made me think, “Well, maybe we’re just approaching the topic of healthy eating with patients the wrong way. I’ve never had trouble getting people to eat food when focusing on the deliciousness of a dish.” Everyone knows vegetables are healthy, but few people eat enough of them. We need to change the narrative.

During medical school, I worked with a faculty member to put together the first culinary medicine continuing education conference, though it wasn’t called “culinary medicine” at the time. The conference, which continues to this day, is called Healthy Kitchens, Healthy Lives; it brings together chefs, health care professionals and others to learn about delicious cooking and nutritious eating.

What does the Stanford culinary medicine class teach?

This class is focused on how to cook with fresh ingredients. I give my students materials to review and study, one of which is a slogan to cook and eat by: Eat food, not too much, mostly plants, which was coined by Michael Pollan in “In Defense of Food.” That’s an underlying foundation of the class — I focus on plant-forward cuisine, and emphasize that at least 75% of your plate should be plant-based foods. Studies show that proportion is good for weight management and for preventing cardiovascular disease and many other conditions.

Outside of health and nutrition concepts, I teach practical kitchen skills – things like how to use a knife, or how to know when the pasta is al dente — and why that’s better for people, nutritionally. (Overcooked pasta has a greater impact on blood sugar levels than al dente pasta.) There are eight classes on culinary basics with a healthy twist including sautés and stir fries, pastas, breakfasts, even desserts. After each class, we eat dinner together and we discuss how we would communicate what we learned to patients, often doing role play to facilitate that conversation. At the end of the quarter, we have a potluck, and students demonstrate their new skills while also sharing dishes that are personally meaningful to them — often from their childhoods and representing every corner of the globe.

The other concept I try to impart to my students is that cooking should be fun and colorful — you want your plate to have all the colors of the rainbow, but if you’re missing a few, that’s OK. Don’t let perfect be the enemy of good.

Top 10 Tips To Start Your Self Improvement Journey In 2022

Fri May 27 , 2022
If you are looking to improve yourself in 2022, this guide will provide you with ten tips on how to start and keep the momentum going. For most people, bettering themselves can be a challenge. Talking about it is one thing, but taking action is different.   It’s important to […] 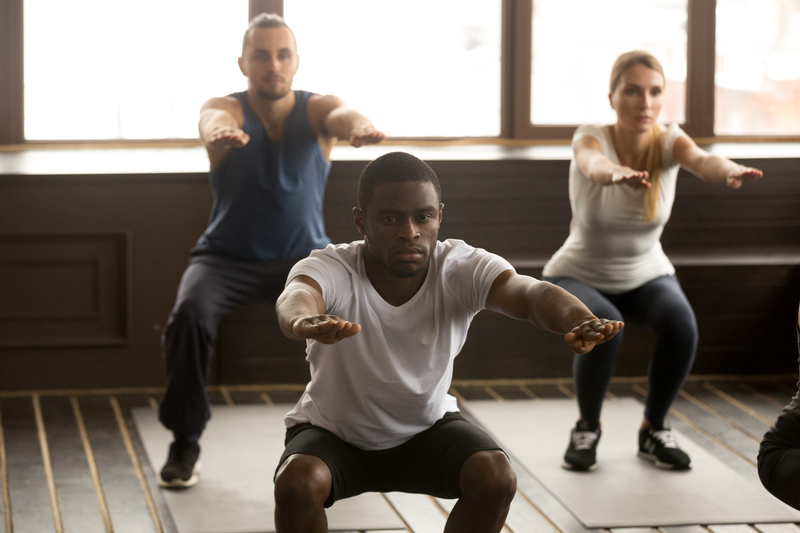