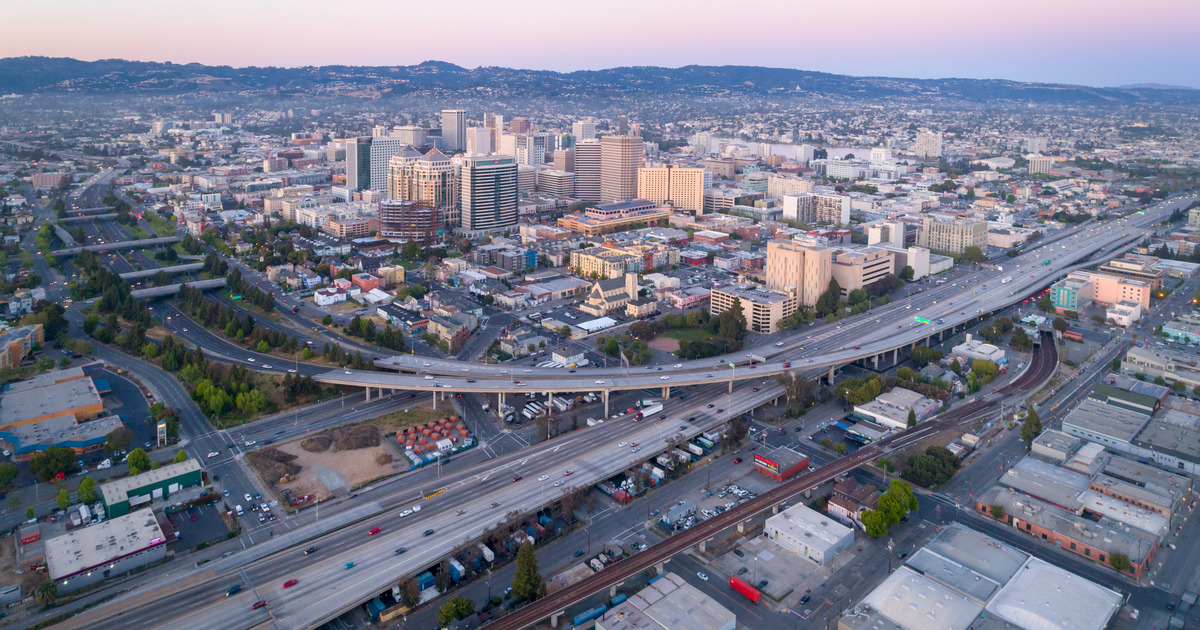 New research published today in the journal Environmental Health Perspectives from Environmental Defense Fund and George Washington University shows air pollution takes an enormous toll on health in the San Francisco Bay Area, and the impacts vary dramatically within neighborhoods. The magnitude of the health burden from pollution demonstrates the need for urgent action to cut air pollution and protect health – particularly in areas facing the highest impacts.

These health impacts vary dramatically from street-to-street, and some communities experience a much larger burden. In certain areas, death rates resulting from pollution are more than 30 times higher than in others. And for asthma, while traffic-related air pollution accounts for an average of 1 in 5 new childhood asthma cases across the Bay Area, pollution is responsible for up to 1 in 2 cases in some areas.

This health impact assessment makes visible the cumulative impacts of pollution and health disparities at a hyperlocal scale by using air pollution data from street-level mobile monitoring and satellites, combined with local population and health information. These methods can be used in other cities worldwide to evaluate the impacts of air pollution and identify areas to target mitigation efforts where they will have the largest health benefit.

By using local air and health data, this analysis revealed large disparities in the health impacts of air pollution and identified hotspots of impacts that would not have otherwise been recognized. Specifically, using less-detailed health data underestimated the deaths attributed to pollution by up to 50% in Oakland compared to data that captured health disparities within the city. This could have important implications for decision-makers seeking to allocate resources equitably or target areas for air pollution mitigation, particularly because typical health impact assessments do not use local health and air data.

This research, supported in part by a NASA grant, builds on EDF’s previous work with Google Earth Outreach and other partners in Oakland, which deployed Google Street View cars to create a large, spatially-precise dataset of mobile air pollution measurements within Oakland. This latest research shows how pollution can contribute to health disparities, as it disproportionately impacts neighborhoods burdened by existing health conditions.

“We find local level datasets, such as the Google Street View measurements and local level rates of disease, help us determine which neighborhoods are at greatest risk. Without using these datasets, we might miss important disparities in the health burden of air pollution,” said Veronica Southerland, PhD candidate at the George Washington University Milken Institute School of Public Health and lead author on the study.

“Despite major improvements in air quality in the United States over the last 50 years, air quality has not improved equitably. Increasing availability of data on air pollution levels and disease rates at the neighborhood scale can help us take action to reduce those inequities,” said Susan Anenberg, Associate Professor at the George Washington University Milken Institute School of Public Health and corresponding author on the study.

“Across the Bay Area, exposure to dangerous particulate matter and traffic-related pollution leads to thousands of deaths and thousands of children developing asthma every year. The status quo is unacceptable,” said Maria Harris, Environmental Epidemiologist at Environmental Defense Fund and a co-author on the study. “Accelerating action to cut pollution will save lives and prevent new childhood asthma cases.”

The power of architecture to address public health and environmental crises