MONTEREY COUNTY — Monterey County’s Environmental Health Bureau has conducted 1,971 visits to area businesses since September, which resulted in 12 citations for violations of Covid-related health orders and one permit revocation.

Ricardo Encarnacion, assistant bureau chief for the Environmental Health Bureau, made the announcement during a Dec. 23 press briefing.

“We really don’t have any more tolerance with noncompliance with any orders,” Encarnacion said. “We’re taking swift action, which includes potential penalties, which are pretty swift, like an immediate suspension of the permit.”

He explained that regular inspections and responses to reported health hazards are part of the bureau’s duties within the county, and enforcing Covid-19 hazards is viewed in their role as similar to making enforcement calls on the presence of rats, roaches or mice.

The businesses covered in their enforcement include markets, restaurants and any other type of business that requires a health permit to operate, such as body art facilities or hazardous materials facilities.

One of the earlier penalized businesses was The Tuck Box in Carmel, which continued offering outdoor dining even after the county mandated only take-out and delivery options could be served by restaurants. The Tuck Box was issued a notice of violation, and this week was found liable for the previously stayed $20,000 civil penalty.

“Additional civil penalties may also be sought for continued violations,” according to a Dec. 28 news release from the Monterey County District Attorney’s Office.

The permit revocation, which took place two weeks ago, was for Aloha Coffee in Salinas, also for not following health guidelines.

“Enforcement activities for the Environmental Health Bureau for restaurants and markets is nothing new,” Encarnacion said. “We are the health inspectors for the county. We conduct regular food safety and safety inspections. This is no different from what we consider any other agent that can cause disease or illness.”

A majority of county businesses have complied with the health guidelines, but Encarnacion said the first wave of citations and enforcement responses were for businesses being overt with their defiance.

“We have conducted multiple outreaches,” Encarnacion said. “There is so much information available, not just from the Environmental Health Bureau, but from the state and online. Right now we’re following through with ensuring that restaurants and markets also participate.”

He added that the goal of the guidelines and enforcement is to reduce the spread of Covid-19.

The bureau gained more enforcement power in September when the county passed an ordinance making health orders from the county health officer something that could be cited, including the use of masks and face coverings. Encarnacion said inspections are conducted by bureau staff in person and not over video.

“Just to let everybody know, we are responding to complaints and information people provide to us,” he said. “We verify it in the field. We have the authority to conduct inspections as well as assess the health permit status, which is issued by the Environmental Health Bureau locally.”

Beyond a notice of violation or a citation, the bureau can make the call to immediately suspend a health permit and thus activity at a business. If a business continues noncompliance, Encarnacion said the bureau could determine it to be an immediate hazard and public health nuisance, which would be evidence toward permanent revocation of their health permit.

For the citation portion, the bureau is able to fine a business $1,000 per day to recoup personnel operation costs.

Encarnacion also said private gatherings are something the bureau enforces.

“If there is a business that is catering to a private gathering, like a mobile food facility or a caterer, they could also be found in violation and we could put the same processes that we do for breaking one of its a facility,” he said.

“We’ve made it pretty clear, continued defiance will result in a permit revocation if they’re in defiance of a permit suspension,” Encarnacion added. “It is a public health nuisance. The fate of their health permit to operate is in the operator’s hands because this is a public health urgency.”

Sat Jan 2 , 2021
Even seasoned enthusiasts find the experience grueling. At its peak (or is it nadir?), subjects can find themselves projectile vomiting into plastic buckets for 15 to 40 minutes, or running to the bathroom with gastric distress. After the worst passes, they often peer into their buckets and analyze the color […] 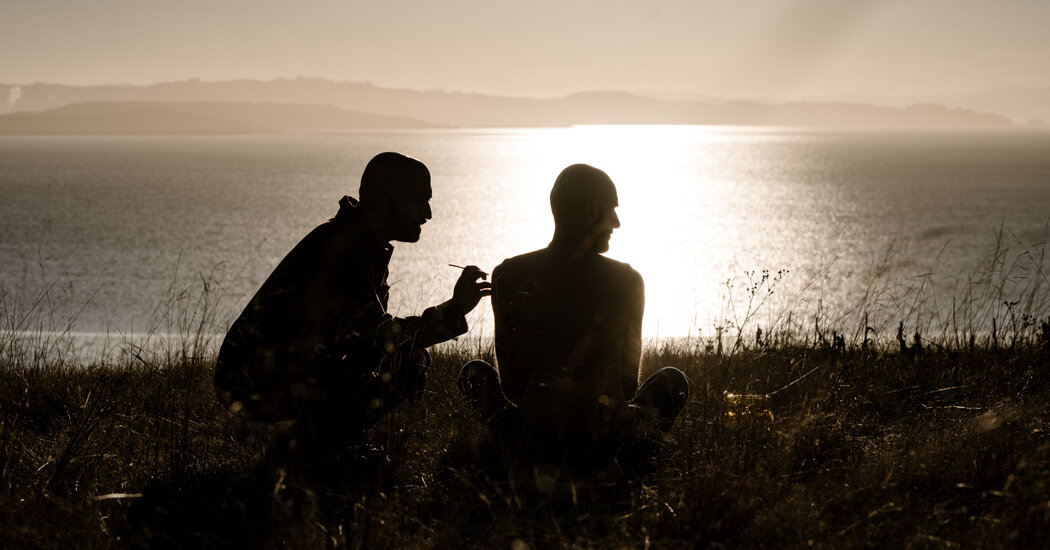