SPRINGFIELD — Green has not just been the color of money at MGM Springfield, which celebrated its environmental stewardship on a brisk Thursday morning.

The casino complex’s leaders and local officials greeted Gov. Charlie Baker, Lt. Gov. Karyn Polito, and others in a ceremony saluting its receipt of a prestigious award from the United States Green Building Council’s Leadership in Energy and Environmental Design (LEED).

“We earned this honor together. MGM has not veered from its core values,” Kelley said in a booming voice that referenced Springfield’s past as a guide to the future.

Kelley said those core values include commitment to the community and environmentally efficient practices. He spoke of the city’s history as the location for the first federal arsenal, its early days as a hub of commerce, and its resiliency during challenging times that included the 2011 tornado and the coronavirus pandemic.

Prospects of better economic times were part of brief speeches by Baker and Mayor Domenic J. Sarno, who described a city and state emerging from the crisis.

“To be here on Earth Day for this ceremony is a testament to MGM’s respect for the environment, and not just (being concerned) about the bottom line,” Sarno said.

“We will defeat COVID in the not-too-distant future, and when we do, we will celebrate together, right here at the ‘green’ MGM.”

Baker echoed the sentiments that within the gaming industry in particular, MGM Springfield has been an environmental leader.

“I congratulate the folks at MGM for their forward thinking, creativity and commitment to the community. This (complex) is just incredibly well-conceived. It just fits,” Baker said.

MGM Springfield’s Platinum level certification is the world’s first for a gaming resort. The honor was first announced in 2019, less than a year after the casino had opened.

The property’s solar array, supplies renewable electricity, was one of several factors in the selection. Other considerations were the redevelopment of the tornado site, an array of methods to ensure efficiency with electricity, and proper diversion of construction and demolition waste.

The complex was also credited for its transparency about product ingredients, use of interior finishes such as paints, sealants, and other materials with little or no volatile organic chemicals or urea-formaldehyde, and an efficient rainwater harvesting system.

In addition to recognizing its construction, the ceremony highlighted MGM Springfield’s ongoing environmental efforts since 2019. U.S. Green Building Council CEO and President Mahesh Ramanujam spoke of the need to pursue green solutions, and praised MGM Springfield for doing so as he presented the award.

“There is an inextricable link between environmental health and human health, and we have seen that the most vulnerable (people) are the most affected. We know that healthy people in healthy places equal a healthy economy,” Ramanujam said.

The symbolism of holding the ceremony on Earth Day was noted by the speakers. Designed to bring attention to environmental issues and needs, Earth Day was first proposed in 1969. The following year, it took its present form, including the April 22 date and its globally recognized name.

Sat Apr 24 , 2021
SAN DIEGO — On Saturday afternoon, the Padres made Fernando Tatis Jr. available to speak with reporters for the first time since his season began — and it’s been an eventful season, to say the least. The star shortstop addressed a number of important questions surrounding his first few weeks […] 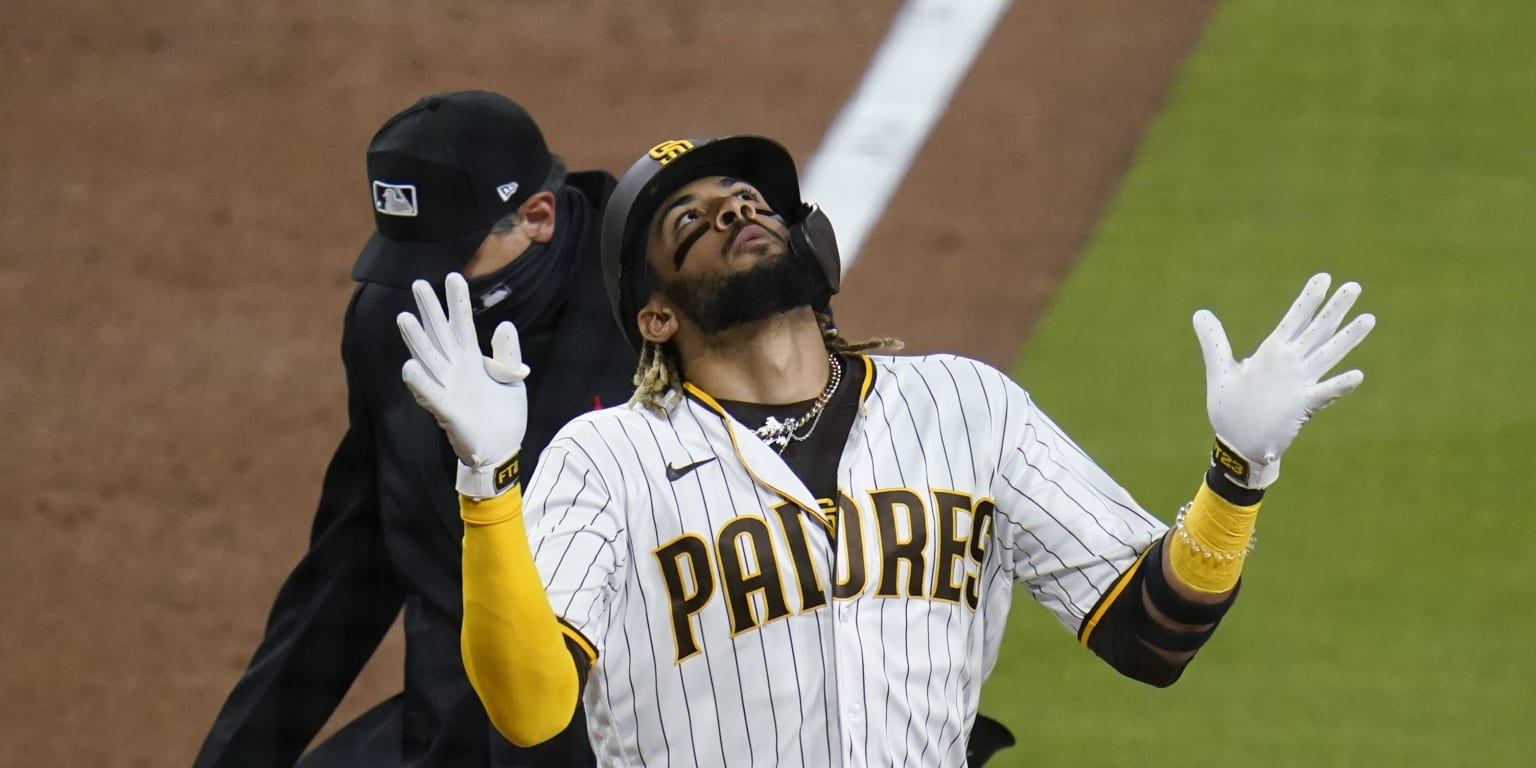