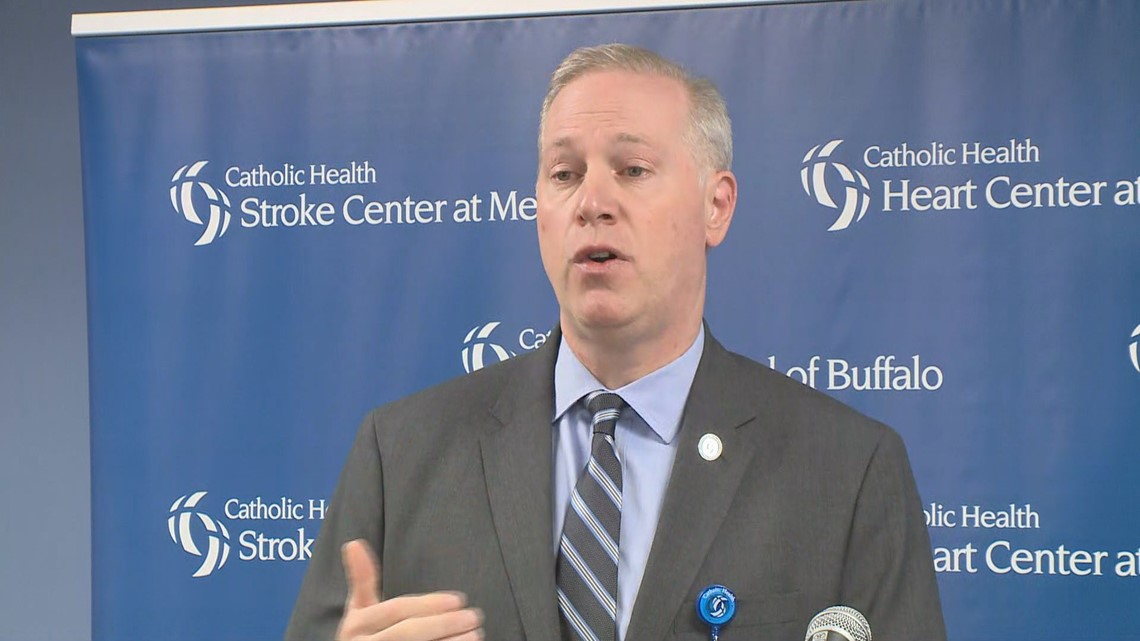 BUFFALO, N.Y. — Striking workers at Buffalo’s Mercy Hospital were put on notice Tuesday that their health care benefits from Catholic Health may be discontinued if the job action continues much longer.

Catholic Health CEO Mark Sullivan said in an afternoon news conference, “We’ve spent more than $1.3M providing health benefits to Mercy associates during the strike to make sure they had health insurance for themselves and their families. This was not legally required by Catholic Health. As we approach the second month of the strike our leadership team must consider whether to continue this coverage.”

Sullivan cited the continued financial stress of spending millions on replacement workers to keep Mercy open. The hospital is running at diminished capacity. Sullivan says beds are only 1/3 full and the emergency room is operating at half capacity.

CWA District 1 Vice President Dennis Trainor said in a statement, “It’s disheartening to hear Catholic Health is considering taking away healthcare benefits of frontline workers who got Buffalo through the pandemic. These workers want the strike to end more than anything, but they are also determined to stand up for their patients and the community to ensure Catholic Health doesn’t get into the same staffing crisis again and again.”

The union is airing a TV commercial titled, “Enough is enough”. In it, several striking workers talk about patient care being compromised by insufficient staffing and a lack of supplies.

Black Tech Founders Want to Change the Culture of Health Care, One Click at a Time