Men over 45 years have been encouraged to engage in at least 30 minutes of moderate physical activity, by Minister of State for Sport Jack Chambers.

The Minister who on Wednesday launched Sport Ireland’s “Your Personal Best Month” said men over 45 years should also do their exercise at least five days a week.

The cohort of men, particularly those from disadvantaged backgrounds, are amongst those least likely to be active, Sport Ireland said.

Just one in four men aged 45-54 years meet the World Health Organisation’s recommended 150 minute of exercise per week, Sport Ireland said. As a result, men in this category often suffer from poor mental and physical health.

Those with the highest education and income are twice as likely to play sports than those the poorest backgrounds who, in turn, are the most likely to lead sedentary lives, with 16 percent claiming to take no form of exercise.

Sport Ireland are now calling on all men in the 45 plus bracket to “stop making excuses and to engage in 30 minutes of moderate physical activity five days a week”.

According to the national sports promotional body, men of this age are physically active for just 87 minutes per week or 12 minutes per day, on average, with one in six not participating in any sport or exercise.

Sport Ireland said “Your Personal Best Month” is aimed squarely at the group which has consistently been amongst those least likely to enjoy the benefits of participating in sport and physical activity.

Minster Chambers said Your Personal Best Month had the ability to have a positive impact “on a group that are consistently under-represented when it comes to participation in sport and physical activity, which in turn will have knock-on benefits for them in terms of their health and wellbeing”.

Chief executive of Sport Ireland, John Treacy, said participation would help to “shine a light on the need for men over the age of 45 to get more physically active and engage in at least 30 minutes of moderate exercise five days a week”.

Prof Niall Moyna of DCU added: “Health related problems due to lack of physical activity continue to rise in Ireland and it’s a major concern. We know that people who come from lower socio-economic backgrounds are at much higher risk of developing these health problems and education and access to employment all play their part – people underestimate the importance of those determinants and how they impact on our health.

“I would stress to anyone though, that it’s never too late to reset. We want people to set realistic goals, not something that’s unsustainable. Just 30 minutes a day; 15 minutes from your front door and 15 minutes back, five days a week.”

How to live longer: Quinoa reduces risk of heart disease and cancer to boost longevity

Sat Nov 7 , 2020
With the nation imminently in lockdown, now more than ever is a time to look at our own health and what we are consuming which either helps or hinders our longevity. Trying new dishes in our kitchens and cooking with new ingredients is much easier. As such, trying a lesser-known […] 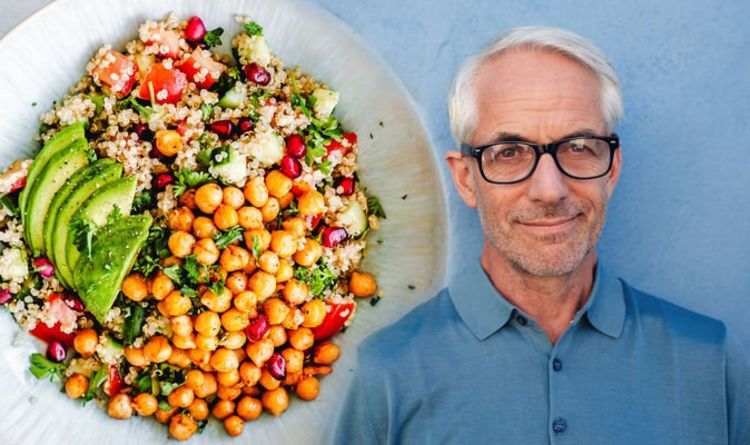