Gluten is a common protein found in a variety of foods from bran flakes to pasta to beer. But does cutting it out of your diet really make you healthier? Many Americans seem to think so, as the number of people on gluten-free diets has grown in the last decade.

But for most people, science suggests gluten isn’t actually bad for you, and the gluten-free diet probably isn’t worth it. Here’s why.

Gluten is comprised of hundreds of distinct, but related proteins. It is found in grains such as wheat, barley, and rye. Many processed doughs use gluten to add flavor, improve texture, and create desired baking properties.

Is gluten bad for you?

There is no conclusive scientific evidence that gluten is bad for the average person’s health.

“Evidence suggests that, for general health, the emphasis should be on a whole, minimally processed, plant-based diet, which can include gluten-containing grains,” says Grace Fjeldberg, a registered dietitian and nutritionist with the Mayo Clinic Health System.

In fact, a large study published in 2017 conducted over two decades found that those who ate a gluten-free diet were more likely to consume less whole grains and therefore, had an increased risk of coronary heart disease.

Fjeldberg cautions that food manufacturers will often add sugar or fat to gluten-free convenience foods to compensate for changes in texture when gluten is removed.

A 2014 Canadian study backs up these claims. It found gluten-free products were higher in fat and carbohydrates and lower in protein, iron, and folate compared to their gluten-containing counterparts.

In short, if you’re healthy, there is no benefit to excluding gluten from your diet. Still, if you choose to adopt a gluten-free diet, you should talk to a doctor or dietitian about how to boost your intake of nutrients such as calcium, iron as well as vitamins B6, B12, and D.

Who should avoid gluten?

Though gluten is harmless for most people, individuals with certain conditions should avoid it. This includes those with celiac disease, dermatitis herpetiformis, as well as gluten sensitivities. For people with these illnesses, a gluten-free diet is the only effective long-term treatment.

If you have a wheat allergy, you can choose to follow a gluten-free diet, but that may be limiting. Instead, it is best to just forego wheat, as you can still consume gluten-containing grains like barley, rye, and oats.

Celiac disease is an autoimmune disorder that damages the small intestine’s lining. When people with celiac disease eat gluten, it triggers an immune response in their small intestine, that over time, can damage the organ’s lining and reduce people’s ability to absorb nutrients from food.

Symptoms of celiac disease include:

There is currently no cure for celiac disease. The only known treatment is a lifelong gluten-free diet.

However, unlike people with celiac disease, dermatitis herpetiformis patients might not experience digestive symptoms such as diarrhea, nausea, vomiting, or constipation.

A gluten-free diet is recommended to treat dermatitis herpetiformis, although medications can also help control symptoms in the short-term.

However, unlike celiac disease, those with a gluten sensitivity will not experience damage to their small intestine. If you think you may have a gluten sensitivity, your doctor will most likely ask you to exclude certain foods from your diet, including those containing gluten, to diagnose the condition.

For the average person, gluten is not bad for health. Evidence suggests that going gluten-free may actually reduce consumption of much-needed vitamins and minerals, and increase your intake of unhealthy fats and sugars. However, people with celiac disease, dermatitis herpetiformis, or gluten sensitivity should avoid gluten.

Fri Oct 23 , 2020
U.S. President Donald Trump said Thursday that he’ll “come up with” a replacement for the Affordable Care Act if the Supreme Court strikes it down and takes away health care for millions of Americans. The comment, made during his final debate with Democratic presidential nominee Joe Biden, undercut his repeated […] 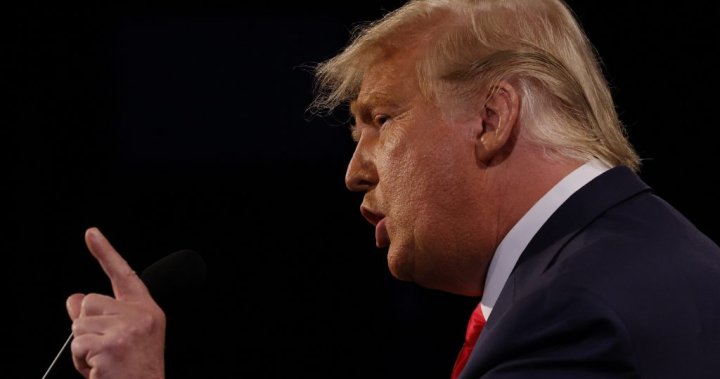