The younger generation (late 20s and early 30s) tend to choose beverages such as sparkling water, green tea and kombucha over sugary drinks like soda. And instead of buying groceries at big box or multipurpose stores such as Walmart or Costco, they look for more specialized grocers such as Trader Joe’s and Whole Foods, which sell options that are more ethically sourced and contain less processed ingredients, according to a study of 12.5 million millennial social media posts by CBD Marketing.

As you begin your nutritional and weight-loss journey in 2021, consider experimenting with new ingredients and cooking methods that will prevent you from getting bored with your food intake. To get you started, we asked nutrition experts about nine foods from a definitive list of 60 millennial foods by Buzzfeed, a website that reaches nearly 83 percent of millennials, according to Nielsen Holdings.

1. Avocado toast, perhaps the most obvious “millennial” food because it appears on restaurant menus and is a staple of weekend brunch, can make for a nutritious breakfast, lunch, dinner or snack. Avocados are a good source of monounsaturated fatty acids, which are heart healthy and serve as a good fat replacement for butter. The fruit (yes, avocados are a fruit) also contains 10 to 11 grams of fiber per avocado, said VanBeber.

“Pairing a third of an avocado with one slice of 100 percent whole grain bread can provide between 15 to 20 percent of daily fiber needs for adults over 50 years of age,” said Elizabeth Spencer, a registered dietitian at Northwestern Medicine Center DuPage Hospital in Winfield, Illinois.

However, be watchful. One medium avocado packs between 250 and 300 calories, so it may be too many calories for a meal or snack, especially when combined with other food items. Older adults often need fewer calories and higher amounts of specific vitamins, minerals and protein, she added.

2. Cauliflower is a vegetable common to many household crispers that has taken on new popularity as a carb replacement in the form of cauliflower crust and rice. For those looking for a savory alternative, there are also versions of cauliflower “wings” and cauliflower “steak.” These are lower in calories and carbohydrates than their starchy meaty counterparts and, obviously, work for vegans and vegetarians.

“Replacing rice with riced cauliflower or wheat in pizza crust with cauliflower can significantly cut down on carbs while retaining fiber, leading to feelings of fullness, as well as increasing daily veggie servings,” said Spencer. “Cauliflower is also a rich source of choline, which aids in muscle movement, metabolism, and nervous system and brain health.” So, clearly, it’s good for people of all ages.

However, cauliflower pizza and snack foods don’t pass as healthy when combined with piles of cheese and pepperoni, which can increase calories and bring up levels of sodium.

“As with other processed foods, the best rule to follow is ‘fewest ingredients is best,’” said Maxine Smith, a registered dietitian with Cleveland Clinic’s Center for Human Nutrition in Ohio.

3. Kale has been a darling of leafy green lovers for years now. It provides nutrients that are important for healthy bones, heart, brain and the gut, says Smith.

It is versatile and can be used in salads and soups, or cooked as a side dish on its own. Most recently, millennials have transformed the ingredient into kale chips, burrito wraps, and juice — another great way to cut the carbs.

However, because it is a cruciferous vegetable (meaning that it contains a sugar called raffinose) it often is left undigested in the gut until bacteria ferments it, leading to gas and bloating, said Spencer. Cooking kale may alleviate the problem.

“Kale also contains a high amount of vitamin K, which helps our blood clot,” said Spencer. “Older adults on blood thinners should be mindful of their vitamin K intake and work with their doctor and registered dietitian to safely fit kale into a healthful eating pattern.”

Mon Jan 4 , 2021
The following is an excerpt from a recent “The Commute” podcast discussion featuring St. Joseph’s/Candler CEO Paul Hinchey. Comments have been condensed in the interest of space. The full interview is available at SavannahNow.com/podcasts or through mobile device podcast apps by searching “The Commute with @SavannahOpinion.” Question: With the COVID=19 […] 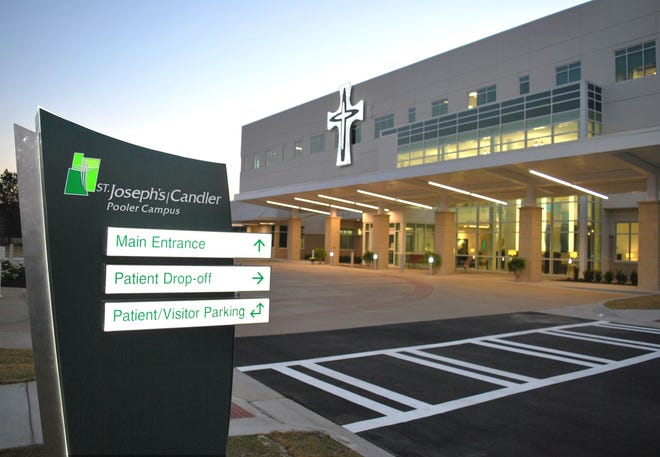