The team also identified links between the food that people ate and their gut microbiota.

In particular, people who ate a diverse diet that was rich in healthful plant-based foods and healthful animal-based foods, such as oily fish, had high levels of health-promoting, “good” microbes in their gut.

“Given the highly personalized composition of each individual[‘s] microbiome, our research suggests that we may be able to modify our gut microbiome to optimize our health by choosing the best foods for our unique biology,” says Dr. Sarah Berry, a senior lecturer in the Department of Nutritional Sciences at King’s College London in the United Kingdom and one of the study’s authors.

Some of the microbes that the researchers discovered are completely new to science and have yet to be named.

The research appears in Nature Medicine.

The study was a collaboration between scientists from more than 10 institutions, including King’s College; a health startup in the U.K. called ZOE; the University of Trento in Italy; and Massachusetts General Hospital and Harvard T.H. Chan School of Public Health, both in Boston, the United States.

They analyzed the dietary habits of 1,098 individuals enrolled in a trial called PREDICT 1, and genetically sequenced their gut microbiota.

They also looked at molecular markers, or “biomarkers,” of metabolic and heart health in the participants’ blood samples, which were extracted either after a short period of fasting or after mealtimes.

The researchers found associations between specific bacteria, such as Prevotella copri and Blastocystis species, and healthy glucose metabolism following a meal.

There were also links between the overall composition of the microbiota and a wide variety of biomarkers that reflect cardiovascular and metabolic health, including blood levels of glucose, lipids, and markers of inflammation.

“When you eat, you are not just nourishing your body, you are feeding the trillions of microbes that live inside your gut,” says one of the authors, Prof. Tim Spector, an epidemiologist from King’s College who started the PREDICT study program and is a co-founder of ZOE.

“We were surprised to see such large, clear groups of what we informally call ‘good’ and ‘bad’ microbes emerging from our analysis,” says Prof. Nicola Segata, principal investigator of the Computational Metagenomics Lab at the University of Trento, Italy, and leader of the study’s microbiome analysis.

“It is also exciting to see that microbiologists know so little about many of these microbes that they are not even named yet. This is now a big area of focus for us, as we believe they may open new insights in the future into how we could use the gut microbiome as a modifiable target to improve human metabolism and health.”

Interestingly, the study revealed associations between gut bacteria and biomarkers of obesity, cardiovascular disease, and impaired glucose metabolism, which are all recognized risk factors for severe COVID-19.

Recent research found links between gut bacteria and the severity of COVID-19. The authors of that study speculate that the bacteria may help determine a person’s susceptibility to the disease through their effect on the immune system, especially inflammation.

Importantly, observational studies such as these can identify associations between gut bacteria and health, but they cannot prove the direction of causality. In other words, poor health may lead to changes in the microbiota rather than the other way round.

L.A. County not yet offering COVID-19 vaccines to those 65 and older as many health care workers still not vaccinated 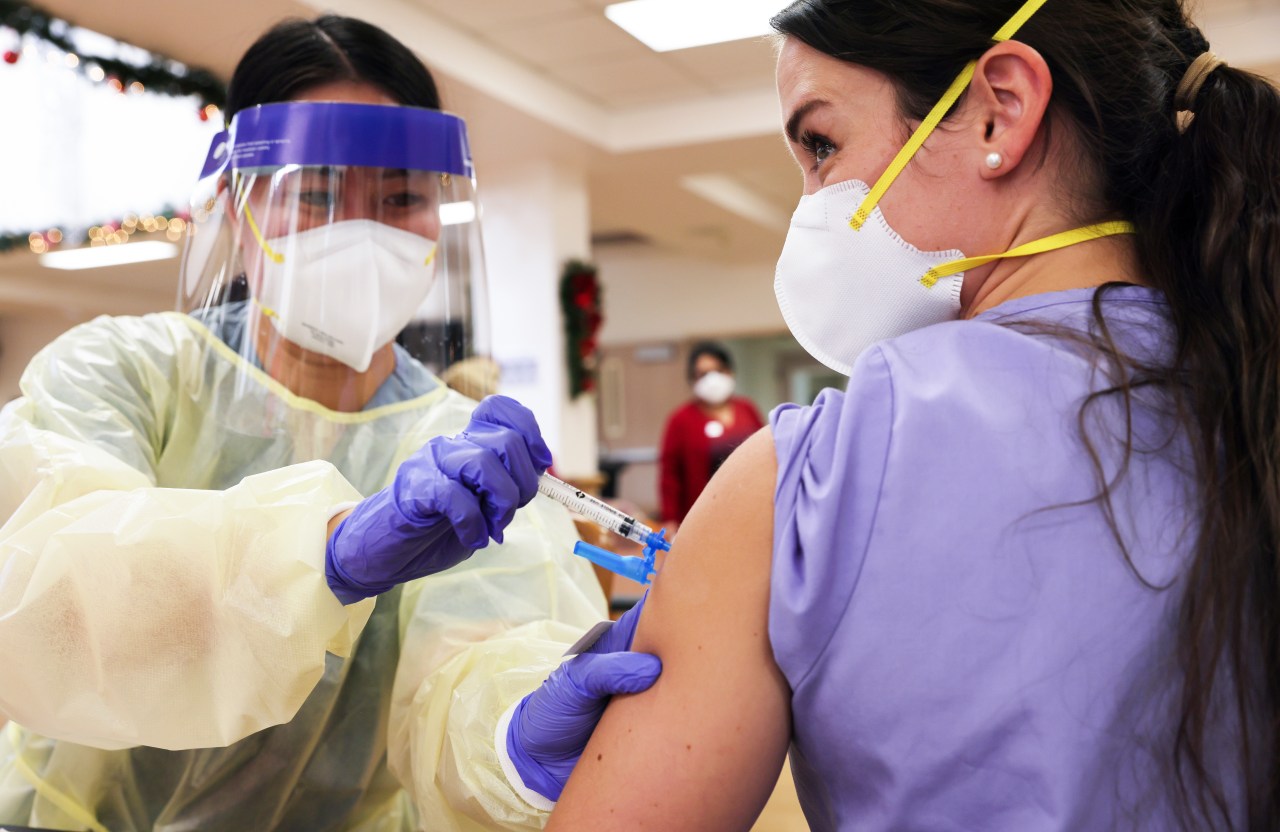