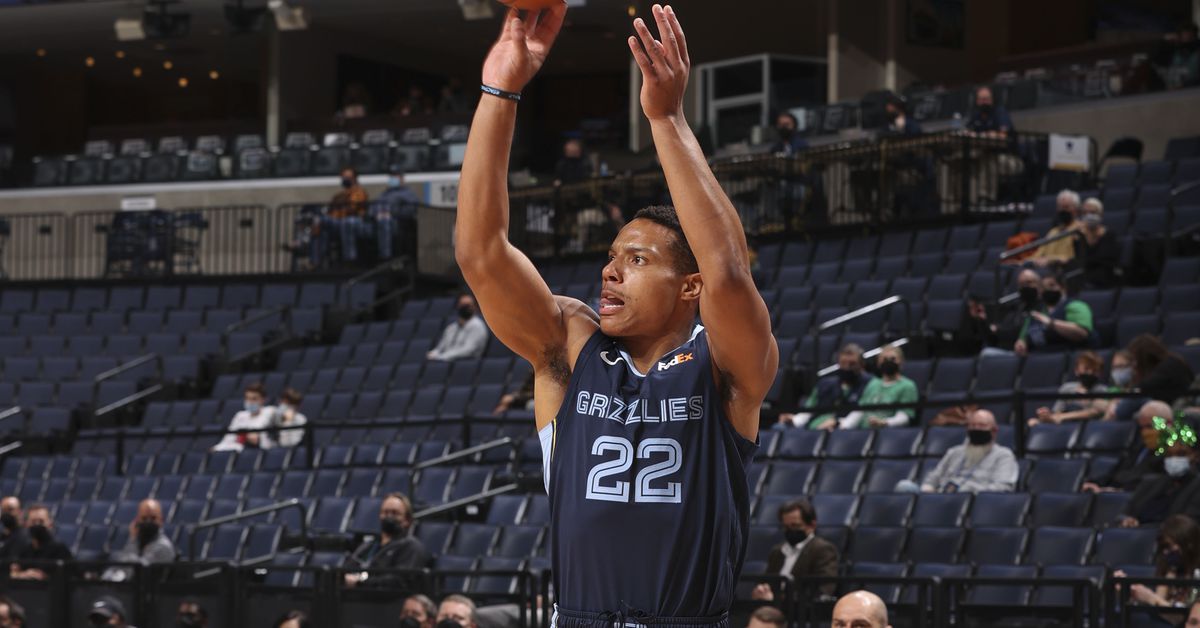 On Friday, I discussed how the Grizzlies have continued to be inconsistent with their shooting from three this season. There have been some short stints of success, but overall it has remained a bit of a struggle, especially lately. While the hope is that the Grizzlies may find a way to improve soon, especially with the eventual return of Jaren Jackson Jr., significant improvement may be hard to expect with a roster that struggles to create their own shots.

As a result, why it may not be this year, it seems the long-term solution to fulfill this need is continuing to add to the roster through external solutions.

Obviously, the ways to do this are through free agency, trades, and the NBA draft. The Grizzlies could explore any of these options, and each of these avenues could offer sensible solutions after this season. In Free Agency, this offseason, Duncan Robinson or Lonzo Ball could make sense. Through a trade, acquiring a star such as Bradley Beal or Zach Lavine would be amazing. In the 2021 draft, Corey Kispert, James Bouknight, or Moses Moody could be another successful draft night selection for this team.

Despite how much each of the aforementioned additions would benefit the Grizzlies, the simple truth is that with so many other teams also pursuing these players, the Grizzlies chances of making one of these scenarios become a reality is far from a guarantee. As a result, Memphis must have alternative methods to be able to add talent when it becomes more critical to do so in the future.

One alternative could be future trade deadlines. With Memphis focused on the future, it seems unlikely they will give up future assets that will help them as they are closer to contention in the future to make an upgrade in the present. However, this trade deadline does carry a bit of significance because it will likely be the latest example that resolutions for the Grizzlies specific need, players who can create their own shot, are usually available every year.

For instance, this season, names such as Evan Fournier, Norman Powell, and Wayne Ellington could all be traded. With so many teams potentially going after Ball and Kyle Lowry, these specific players would be astute additions for teams who need more shooting. Fournier, Powell, and Ellington all rank among the top 11 players in the NBA season in 3PFG% on pull-up attempts (min. 50 attempts.) Each of these players would certainly provide a boost to the overall shooting potential for any team with playoff aspirations, as self-creation off the dribble is certainly a valuable trait for teams in the playoffs.

Mentioning these specific players is not intended to suggest that the Grizzlies should make a move for any of them at this trade deadline despite the Memphis players and coaches clearly wanting to make a postseason run this season. Instead, it is meant to illustrate that in any specific year, there will likely be multiple options to choose from to improve the Grizzlies’ ability to shoot if it continues to be an area of need.

The recent past also validates this truth as well.

During the 2019-2020 season, Marcus Morris made 40% of his pull-up three-point shots with the Knicks on 100 attempts. The Clippers improved their depth when they acquired him at the deadline. Alec Burks made 37.5% of his 128 pull-attempts from beyond the arc for the Warriors before being traded to the 76ers. Though Jordan Clarkson and Jae Crowder (then of the Grizzlies) had struggled on pull-up attempts, their potential as shooters also resulted in contenders trading for them at the deadline. Only Morris required a first round pick in his respective trade return, and since these trades, both Morris and Clarkson have received long-term contracts with the Clippers and Jazz and are critical components to those teams hopes as contenders this season. Crowder made significant contributions to the Heat’s run to the NBA Finals.

The 2018-2019 season also featured productive pull-up shooters at reasonable costs for playoff hopefuls. Harrison Barnes made nearly 37% of his 60 pull-up attempts before being traded from the Mavericks to the Kings. Tobias Harris made 47.6% of his 74 pull-up attempts before being acquired by the 76ers from the Clippers. Rodney Hood, Justin Holliday (acquired by the Grizzlies), and Nikola Mirotic were other players who were traded at the trade deadline to improve the acquiring team’s production from three. Only Harris required a first round pick in the package he was traded for. Both Harris and Barnes are currently still with 76ers and Kings, respectively, on long-term deals.

Though the 2017-2018 season did not have many trades of this type, the 2016-2017 season is another good example that nearly every season has good shooting options to choose from. Lou Williams made 37.5% of his 168 pull-up attempts from three before being traded from the Lakers to the Rockets. Though not that accurate on pull-up opportunities, sharp shooters Bojan Bogdanovic and Kyle Korver offered solid production to the Wizards and Cavaliers during their playoff pursuits.

As recent history proves, there usually are plenty of possibilities to add a source of shooting at the NBA Trade Deadline. While teams ideally would love players that can create their own shot, there is are also other options that can still provide good value as shooters in catch and shoot opportunities. Several of the aforementioned players, such as Harris, Crowder, Hood, Mirotic, Burks, and others, have been traded multiple times in recent years for teams who wanted to pay reasonable costs to acquire players on short-term deals instead of splurging for stars.

This is the silver lining for Memphis as they move forward into the future. It would be wonderful to acquire a player for the long-term who can effectively create his own shot to team with Morant and Jackson Jr. However, if the Grizzlies cannot get the shooting source they seek in the near future through a trade for a Lavine or Beal, or through the draft or free agency, the plethora of trades that have involved a shooter at recent NBA trade deadlines offers plenty of hope.

The Grizzlies front office has shown the ability to acquire valuable players through trades at reasonable prices. As a result, there is a decent to good chance the Grizzlies could find a long term solution unexpectedly at a deadline in the next few years, similar to Morris and Clarkson last year. If Memphis can identify a player who Taylor Jenkins and his staff can help reach a new level of production, not only could the Grizzlies secure that player for years to come, but also do it without sacrificing the huge haul of future assets it would take to get Lavine or Beal.

In the end, the Grizzlies’ need for a shooter/shooters who can create their own shot remains a big need for the future. Fortunately, not only does there seem to be plenty of ways to eventually acquire that shooting, Memphis has a front office that has proven it can successfully pick the right avenue to pursue that will offer the most benefit to this team.

Though a relevant move may not be made in the coming days, the Grizzlies have made plenty of relevant trades at recent deadlines that have helped them form a competitive roster that is ahead of schedule when its comes to becoming a sustainable winner. As a result, due to the moves that have been made in the past by the Grizzlies and the shooting options that consistently seem to be available at each deadline, there is plenty of reason to have faith that Memphis will turn this weakness into a strength in the near future.