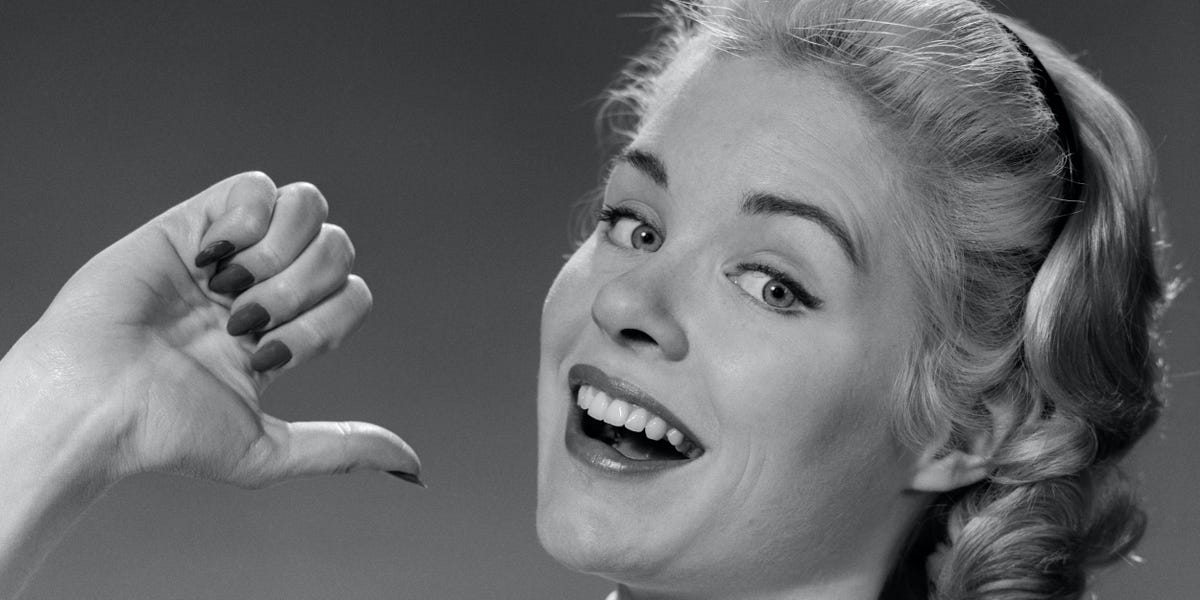 In the summer of 2001, I made my first attempt at self-improvement. One of the teen magazines I begged my mom to buy me had a section of ab workouts that promised to turn my nearly 11-year-old body into something akin to Britney Spears’s. Every night, I spent 20 minutes doing what amounted to neck crunches. They did not turn me into an early aughts pop star, but they did birth a longstanding addiction to molding myself into someone better.

In 2004, I started running. In the summer of 2005, I read “He’s Just Not That Into You” to better understand why all the boys in school rejected me. In 2015, I started doing yoga. In 2017, I read pop psychology books on codependency and picked up Pilates. In 2018, I watched YouTube tutorials so I could put on eye makeup without looking like I got punched in the face.

I bought free weights. I bought a planner. I read articles on how not to be single. I tried feng shui and meditation. I went to networking events and parties that might as well have been networking events. I deep-conditioned my hair.

The goal was to make myself better, thinner, prettier, smarter, more emotionally grounded, more appealing to men, more successful in my career. The endeavors were tiring, but they were necessary. Without constantly bettering myself, I would sink, like a shark. Worse, I’d be worthless.

Then the pandemic hit, and I gave up.

From March to early June, I did nothing but watch TV

I didn’t sleep. I didn’t eat. I didn’t exercise. I didn’t get dressed. I didn’t wear makeup. I didn’t read. I ignored my planner. Ordinarily a workaholic freelance journalist, I stopped pitching and writing. I was depressed and terrified and lonely and terribly sad, and the only thing my body wanted to do was sit on the couch and let other people’s stories wash over me. I don’t even remember what I watched. I gave up on letting any of it penetrate.

Now that the initial shock of all this has passed, I’ve become marginally more functional. (Sometimes, I actually leave the house.) But the urge to make myself better has not yet returned.

I don’t care about learning a language or pitching an ambitious story or mastering an alluring cat-eye. I gave up on running and forward folds. I gave up on moving forward at all. March turned into April turned into May turned into June, and all I learned to do was stop crying.

The quest for self-improvement has long propelled people. In recent years it has felt inescapable, like we all live inside a Silicon Valley startup that prizes optimization at the expense of everything else. The economy runs on pop psychology books and diet fads and increasingly expensive exercise programs. People buy new clothes and take personality quizzes and hand over rent money to Sephora. Be prettier, we’re told. Be thinner, smarter, younger, more desirable, more accomplished, richer, and all-around better.

But in quarantine, betterment seems to have fallen by the wayside, and not just for me

Friends and strangers alike say they can’t finish a book, get their work done, or put on pants. With a federal government that gave up trying to fight a deadly pandemic that has now killed hundreds of thousands, the economy faltering in fits and starts, a looming eviction crisis, a likely future depression, and an extended period of isolation and crippling social distance, just getting out of bed is an accomplishment.

Another friend has been working at two bars in Brooklyn throughout the pandemic. Between overstretching herself to make ends meet, dealing with customers who refuse to follow rules, and fearing constantly she’ll lose her job, she is burnt out and overwhelmed.

“My therapist recently asked me what I was doing to take care of myself and have self-care, and my reaction was to laugh out loud,” she told me. “She was like, ‘Well, what are you doing to take care of yourself?’ I did not have an answer for her.” For fun, she says, she watches reality TV.

In many ways, it’s been freeing. It is easier to care less, to do less, to want to be less instead of more. I have more time to watch TV now that I’m not watching YouTube makeup tutorials. I save money by not buying pop psychology books. No one’s breaking my heart because I’m not looking for love. I don’t get disappointed in myself because I’m never falling short of the self-improving expectations I haven’t set.

At the same time, I miss the drive. There is promise in self-improvement. There is hope. There is the belief, wrong or right, that when you are better, things will be better, and right now, it doesn’t feel like things will be better anytime soon. More than 300,000 Americans are dead, and more will follow. Jobs are lost, and more will follow. The world as we knew it has changed significantly, and we don’t know what we’ll be left with when the dust clears. It would be nice to have some of that drive back, mostly because I miss the hope.

Dr. Leslie Becker-Phelps, a psychologist and author of “Bouncing Back From Rejection,” told me I wasn’t the only one failing to function optimally in the Year of Our Dark Lord 2020. “People are really struggling deeply,” she said. “If you’re having more profound struggles emotionally, some of the other stuff that’s not as essential falls off the plate.”

“Part of what allows people to feel OK is they have some kind of routine, some kind of structure in their days,” she said. “People have lost structure, they’ve lost regular contact with people, they’ve lost things they did before that gave them value. That heightens stress, it forces people to deal with things that create more distress. So you don’t have as much bandwidth to be dealing with things that are not as essential.”

So was it OK to just stay in bed and watch TV all day? I asked, as a professional, but also in part because I wanted someone to tell me it was OK.

“It’s OK to take a break, as long as it’s not inherently unhealthy and moving you in a direction you want,” Becker-Phelps said, which I guess works when the direction you want is to complete all 12 seasons of “Murder, She Wrote.”

A vaccine is here and help is finally on the horizon, and maybe in 2021, I’ll go back to washing my face and going to Serious Talks and learning why my brain and body spent a whole year shutting down. Or maybe this is how things are now. Maybe the best thing is to just be, even if being means doing nothing more than letting yourself fuse to the couch.

Rebecca Fishbein is the author of “Good Things Happen To People You Hate” and a contributor to Jezebel. Her work has been published in Gothamist, Baltimore City Paper, Time Out New York, Vice, Splinter, Adweek, The Cut, Lifehacker, and Curbed NY. She lives in Brooklyn.

In quarantine, self-optimization is out. Now I’m just pasting trash into elaborate collages while the world caves in.

What months of lockdown does to your body and brain