How to go from self-critic to self-coach

I recently watched a 2018 Netflix special with David Letterman and Jerry Seinfeld in which the two legendary entertainers took turns interviewing each other on stage. What struck me most was how much the two differed in their approach to compliments: Seinfeld was gracious and appreciative whenever Letterman noted his incredible career success while Letterman rejected or downplayed any positive comment Seinfeld made about his career.

It came off more as self-loathing than modesty. “I should have left [the show] 10 years ago,” Letterman said at one point, “because then I could have taken some of that energy and focus and applied it to actually doing something good for humans.”

I should note here that Letterman has been trending lately and not in a good way: The host has been in the crosshairs over several upsetting interviews he did with female celebrities on his Late Night With David Letterman show, including a 2007 interview in which he badgered Paris Hilton about her time in jail and a 2012 conversation with Lindsay Lohan in which he pressed the actress about her upcoming stay in a rehab facility.

By the end of the Netflix special, one thing was abundantly clear: The lack of compassion he displayed in those past interviews also extended to himself. Letterman’s inner critic runs the show in his head.

This interview was a perfect example of how important it is to manage your internal narrative. As I explored in a recent article, our inner critic is wired into our brains. It’s called the negativity bias, and it’s something we all have to contend with.

Becoming more aware of this instinct is the first step to improving our inner narrative. But it’s only the first step because many of us also have a deep resistance to self-compassion. We create stories and beliefs that convince us our negative self-talk is the correct thinking when, in fact, it’s just the opposite.

Here are some of the most common rationales we use to justify our resistance to self-compassion:

A few years ago, I was introduced to a guy at a party who spent the next hour regaling me with stories about his glorious yacht. He talked about how powerful the engines were, all the fabulous trips he’s taken in it, and how expensive it was ($2.3 million, in case you’re wondering). When I tried to change the subject, he took out his phone and began reading his texts.

We’ve all met some version of this Captain Blowhard: a total narcissist who has zero interest in others and zero self-awareness. Such people leave an indelible impression on us, giving us a perfect blueprint of everything we don’t want to be.

As a result, we overcompensate. We don’t allow ourselves to appreciate any of our best attributes and accomplishments lest we become that guy. But here’s the disconnect: The very fact that we don’t want to be that guy means we aren’t capable of being that guy.

Captain Blowhard has no interest in self-improvement because he’s already convinced himself he’s the best self he can ever possibly be. But this belief is a fragile one: Deep down, he’s a mass of insecurities, because only insecure people feel a need to constantly convince other people of their awesomeness. So he avoids introspection like the plague, and you can be damn sure he’s not reading articles like this one. The fact that you are shows you aren’t that person, and you’re not going to become that person just because you try to be a little kinder to yourself.

To be sure, humility and gratitude are important qualities we want to cultivate. Only good can come from appreciating the good fortune and supportive people that play a role in our accomplishments. But we can be gracious and humble while still being confident and optimistic. Having faith in ourselves and our ability to achieve great things isn’t about arrogance; it’s about self-esteem.

Many of us subconsciously embrace the belief that our inner critic is what gives us our competitive edge and our determination to never become self-satisfied. We view it as the drill sergeant in our brains who keeps us pushing ever onward.

There’s nothing wrong with striving to accomplish things. We need meaning in our lives, and that only comes from moving forward, from growing and getting better at doing the things we value. To do that, we need to be focused and motivated.

But how motivating is this sort of internal self-talk?

“Why can’t you get your shit together? Look at what all these other people you know have achieved! You’re worthless compared to them!”

If we heard a parent heaping that kind of verbal abuse on their child, we’d be appalled. So why do we believe it’s somehow beneficial to us when we inflict that kind of mental torture on ourselves? When we keep allowing our harsh self-talk to make us neurotic and miserable, we eventually believe nothing we do is ever right or good enough. What we want is not an inner critic but an inner coach — someone who motivates and encourages us instead of belittling us.

Speaking of Seinfeld, there’s a classic scene from Seinfeld in which George Constanza tells his therapist, “God would never let me be successful; he’d kill me first. He’d never let me be happy!” When his therapist reminds him he’d said he didn’t believe in God, George responds: “I do for the bad things.”

Whatever your theological perspective may be, that negative worldview speaks to many of us. We cling to the vague, superstitious belief that the Sword of Damocles looms above us at all times, just waiting to drop on our heads if we aren’t humble and contrite enough for the universe. We feel like it will invite bad mojo if we acknowledge our own talents and achievements. “Don’t tempt fate,” we tell ourselves.

This is one of the main reasons I often feel the urge to brush away any thoughts that are even vaguely self-affirming. I worry I’m going to become like Stuart Smalley, the wimpy self-esteem guru on Saturday Night Live whose mantra was “I’m good enough. I’m smart enough. And, doggone it, people like me!”

Barf. No one wants to emulate the character’s saccharine, shallow self-talk. But we can improve our self-compassion without resorting to cheesy platitudes just by rejecting the verbal abuse we routinely heap upon ourselves.

The next time you hear your inner critic telling you you’re a failure or stupid or you just plain suck, try rephrasing it in a way you’d use with a co-worker who needs to improve on a weakness. If you miss a big deadline at work, telling yourself, “I need to look into some time-management systems I can use” sounds a lot better than “Well, you dropped the ball again, dumbass. Better get that resume updated!” Tact and diplomacy go a long way in helping people improve — and that includes ourselves.

A growing body of scientific research backs this up: Plenty of studies have found correlations between self-compassion and higher levels of happiness, motivation, and resilience, to name just a few. So don’t underestimate just how much the tone of our inner narrative can influence our emotions and, ultimately, our success in life. Make a serious effort to replace your inner critic with an inner coach, and you might be shocked at how much more motivation and joy you feel.

Mon Apr 5 , 2021
After the shock of COVID-19’s arrival in Minnesota last spring, and the virus’ ebb over the summer, the pace of new cases of the disease picked up during the fall. Unlike the early days of the pandemic, when all but the most essential aspects of public life were closed, things […] 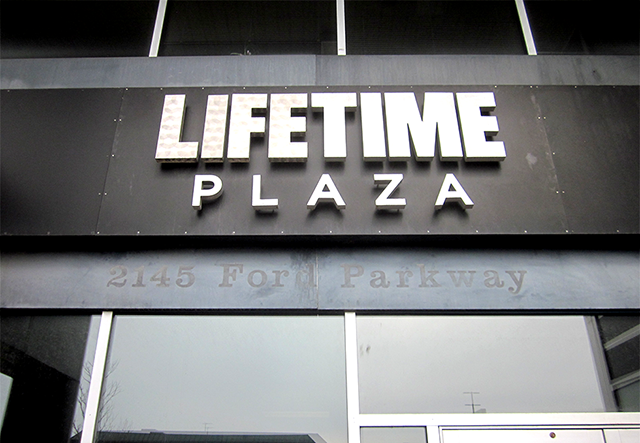