ROANOKE, Va. (WFXR) — As of Monday, more than 843,000 vaccines have been administered in Virginia so far.

That’s according to the Virginia Department of Health (VDH), which says approximately 33,675vaccines are being administered every day, but many African-Americans are hesitant to take the vaccine.

The reason, many say, is because the healthcare system has a poor history with how it has treated minorities.

In a 1932 study of 600 Black men, nearly 400 were unknowingly infected with syphilis in Tuskegee, Alabama.

The CDC states those men were told they were being treated for “bad blood.” In exchange, they were given free medical exams, free food, and free burial insurance. However, they were never treated for syphilis.

According to the CDC, a 2019 study revealed around 700 women die every year in the U.S. during childbirth, and more than 40-percent of them are Black.

Today, health experts admit there are racial disparities in the health care system, and now they are fighting to make sure that doesn’t stop black people from taking the vaccine.

“There should be no confusion about why there is mistrust. The mistrust is very well placed, and very well deserved, because of the terrible history we have. We look at Tuskegee. There are so many examples of where our system has failed the African-American community.”

Nearly 30-percent of Roanoke’s community is Black, but according to the VDH, only about 10-percent of vaccines distributed have been administered to Black patients.

At the age of 68, Barbara Richmond has never even had a flu shot, but this pandemic has given her a change of heart.

“I would just rather die from the vaccine than have one of those excruciating deaths from COVID because they’re a painful death being on the ventilator. And everyone, I can name the folks, we just had a funeral yesterday night,” Richmond said.

Living at home with her 91-year-old husband, she says she couldn’t afford not to take the vaccine.

“In a lot of the cases, I know the people who have died from it. It’s because someone, a family member brought it into the home, so I don’t want to be that family member.”

According to Dr. Cynthia Morrow with the Roanoke City and Alleghany Health Districts, “COVID kills, and it disproportionately kills people of color, and it is critically important for us to look at both sides of this, we have a safe vaccine and we have a deadly disease. This, the choice is obvious, we need people to get vaccinated.”

Sherman Lea, Jr. has chosen to take up that challenge.

“I think we need to be at the forefront to take it, because we know the awful effects that it has, and I think that we have to come together as a community, because this is one of the only methods that we get, to kind of prevent the spread right now,” Lea said.

Lea has been a beacon of change in his community, holding a COVID-19 testing drive for free with his fraternity brothers in a predominantly minority community. Lea says he’s doing anything he can to stop the spread.

“I encourage a lot of people to consider taking the vaccine, and it helps so that we don’t spread this to people that are most vulnerable — the elderly — and those who have pre-existing conditions.”

Roanoke Mayor Sherman Lea say he’s been making calls to make sure neighbors can get registered for the vaccine and he knows many who have been impacted.

“Eight to 10 who went through it, who had it, who went to the hospital, who went on respirators who have come out. And I know a few more than that died from it,” said Mayor Lea.

Mayor Lea got his first dose of the vaccine in January and hopes that by taking the second dose, he can dispel some of the concerns that neighbors have expressed to him.

“Going to the doctor, being afraid to take certain tests, the cost is also an issue,” Mayor Lea explained.

He says city officials are holding meetings to figure out how to make the vaccine more accessible to the community, but he wants to drive one point home to all.

“Get that needle in your arm. That’s what’s going to save us, and help you as we battle with this vicious, killer virus that’s out here among us.”

Get breaking news, weather, and sports delivered to your smartphone with the WFXR News app available on Apple and Android.

Mon Feb 8 , 2021
(MENAFN – NewsBytes) We are already in the second month of the new year and it’s safe to assume that most of our resolutions are already forgotten. With a roller coaster 2020 behind us and an equally challenging 2021 ahead, the “self” is riding pillion and mostly going with the […] 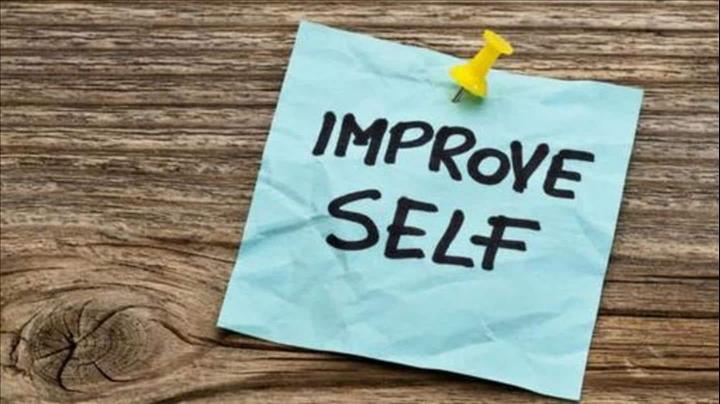