Indiana now ranks second in the nation in coronavirus hospitalizations per capita, behind South Dakota.

At Elkhart General Hospital, a third of their total COVID-related deaths happened in the month of November.

We talked to a respiratory therapist there about what it’s like to be working on the ground during the second wave of the pandemic.

“Typically I am exhausted by the end of the day,” said Randy Stouder, respiratory therapist at Elkhart General Hospital.

“Tt’s a never-ending cycle,” said Stouder. “Especially for us, for respiratory, there are a few of us in the hospital, it’s a small department. We are just constantly moving from patient to patient treating them.”

He says he rarely spends as much time with each patients as he wants to.

“It’s just been a combination of being so busy, not enough beds, not enough equipment, not enough staffing at times, stretched very thin,” said Stouder. “It is very disheartening and just depressing.”

When a patient dies they don’t have any time to mourn, just clean off the equipment as fast as possible and bring in the next person in line.

“So it can be very stressful and very attention to detail,” said Stouder.

He’s had to intubate people of all ages to keep them breathing, and says he’ll never forget how fast one of his patients in their early 20s started to deteriorate.

“Between coming up from the emergency room to intermediate care to critical care was a little under an hour, that was probably the most shocking and had to move very quickly to treat that patient,” he said.

He is able to take masked hikes with his wife to unwind on his off day, but rarely enters a store anymore.

“It’s been very disheartening when I have been out,” said Stouder.

He says he feels safer in the COVID-19 ward in protective gear than in the community watching people walk around unmasked, not knowing if they are silently carrying the virus

“Please just do your best to comply with the rules,” he said.

And he feels sad that many patients he is able to release will still have complications from the virus far beyond their stay in the hospital.

“It’s not just people getting better and going home and resuming their life.”

Last week we reported that Beacon health systems had obtained a refrigerated truck because they were worried about morgues being overwhelmed with too many deaths. Today the hospital system said they have not had to use it yet, and they hope they never will.

Thu Dec 3 , 2020
WIRED Health:Tech is one of the most prominent annual conferences exploring technological advances in medicine. This year, the main topics included artificial intelligence, remote surgical systems, and the ongoing fight against COVID-19. All data and statistics are based on publicly available data at the time of publication. Some information may […] 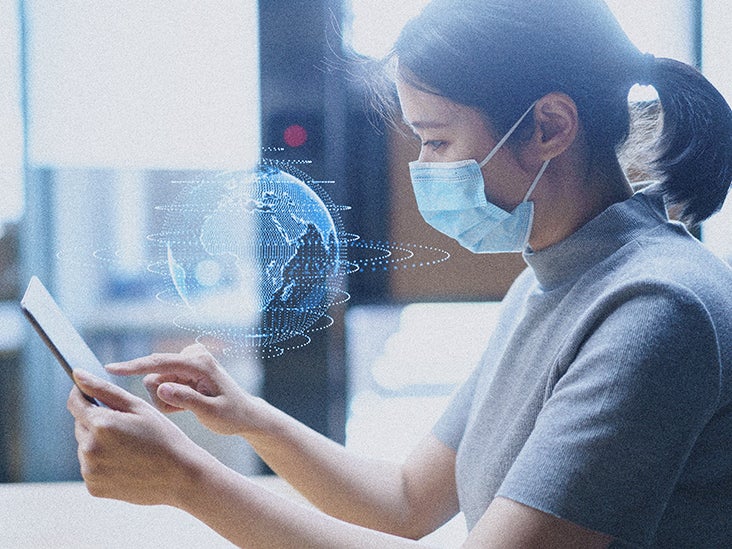