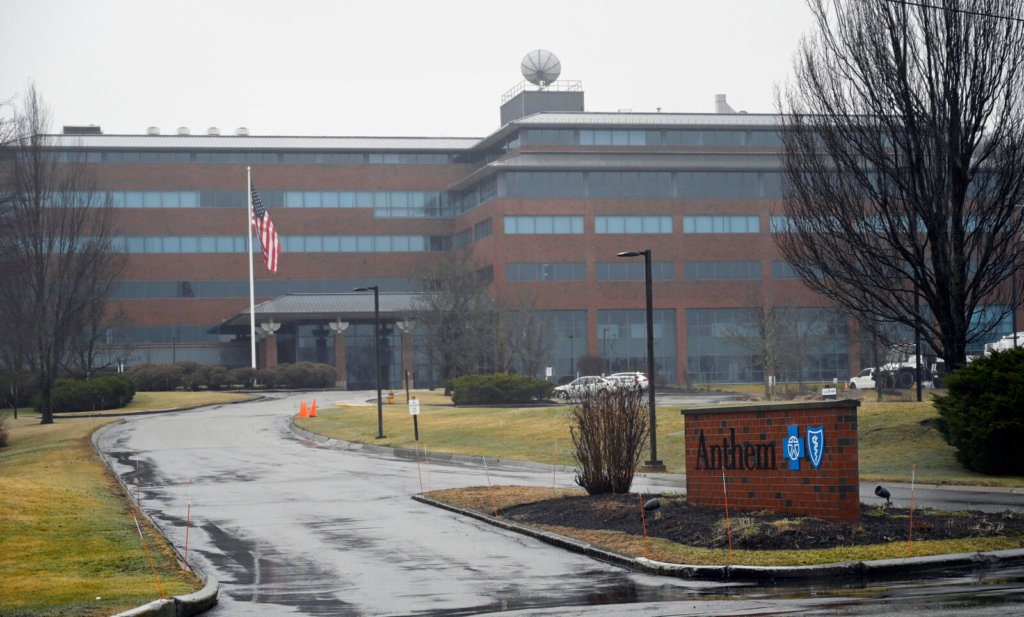 The medical providers echo some of the frustrations expressed by MaineHealth, the state’s largest hospital network, which stunned many this week when it announced that its flagship hospital, Maine Medical Center in Portland, would leave the Anthem network in January.

Problems faced by individual providers stretch back years but have multiplied since last summer, said Dr. Jeffrey Barkin, a psychiatrist and president of the Maine Medical Association.

Common issues include underpaying claims and a high proportion of denied claims, Barkin said. Recently, providers ran into problems because Anthem could not recognize their national identification numbers. When people try to fix the problems, Anthem’s customer service is difficult to reach or unavailable, the providers said.

The problem has led some clinicians to stop accepting Anthem insurance and the Maine Bureau of Insurance is investigating the corporation’s conduct in the state.

“The Maine Medical Association would like to see a harmonious relationship between providers and payers, but this sort of behavior directed toward hospitals, toward doctors, has absolutely no place in the health care ecosystem,” Barkin said.

In a statement on Friday, Anthem said it strives to pay claims as efficiently and quickly as possible in accordance with contracts it has with providers. Over the last year, the insurer processed 92 percent of claims within 14 days and 98 percent of claims within 30 days, said Stephanie DuBois, director of public relations for Anthem Blue Cross and Blue Shield in Maine.

Anthem set up a dedicated Maine provider assistance team to deal with the issues, DuBois added. The company did not answer directly when asked if there were widespread billing problems in Maine and why the company is unable to pay Maine providers on time.

“We’re proud of our progress, but these are complex issues that take time to address properly and we are committed to resolving them,” DuBois said. “We have communicated our progress to providers across Maine, and we will continue that direct dialogue as we continue to resolve these challenges.”

Maine Medical Center, the state’s largest hospital, will leave the Anthem insurance network in January because of its payment practices, according to Wednesday’s announcement by MaineHealth, the hospital’s parent organization. The breakup would mean patients with Anthem insurance would have to pay dramatically higher out-of-pocket costs for care at Maine Med, which would become an out-of-network provider.

In its announcement, MaineHealth said Anthem has underpaid the Portland hospital’s claims by $13 million and owes $70 million to the entire hospital network, which includes eight hospitals in Maine and one in New Hampshire. Anthem responded by accusing Maine Medical Center of overbilling for anesthesia and operating room services.

These are familiar and frustrating issues for many small practices around the state. Anthem’s billing problems have affected therapists, chiropractors, opticians, ophthalmologists and others, according to professional associations.

Lev Myerowitz, a chiropractor in Cape Elizabeth, said Anthem owes him hundreds of thousands of dollars, including from COVID-19 tests provided in 2020.

“First it was miscoding, then a software billing issue. I think they have run out of excuses. It is pretty obvious this is a clear, companywide approach,” Myerowitz said.

“I am not the only office,” he added. “This is across the state. Small businesses have absolutely zero ability to negotiate with large insurance. We have to choose to be in-network and accept the terms provided or not be in-network. To leave Anthem as a provider would be the same as not taking insurance completely.”

Last month, groups that included the Maine chapter of the National Association of Social Workers convened a meeting between about 100 providers and Anthem executives to address the problem, said Chris McLaughlin, the association’s executive director.

“To their credit, Anthem has dedicated some staff resources specifically to Maine to help sort through challenges. For some people it felt too little, too late. Some folks have made the decision to leave the Anthem network,” McLaughlin said.

Leaving the network can be risky for providers and patients. The Indianapolis corporation covers 54 percent of insured Mainers and is one of the biggest health insurance companies in the U.S. If doctors, therapists and others stop taking the insurance, they could lose clients or force them to pay higher out-of-pocket costs.

“We don’t know the scale of the exodus,” McLaughlin said. “We heard from a lot of social work professionals that they feel compelled to suck this up and deal with it on behalf of their clients so they don’t lose services.”

The Bureau of Insurance did not answer questions Friday about its Anthem probe and the involvement of professional associations in pushing for the investigation.

“The bureau is conducting a market conduct examination of Anthem, which will include a review of provider payment issues. The exam is expected to continue for several months. At this time, Anthem has worked through most of its backlog of claims,” bureau spokeswoman Judith Watters said this week.

Reed said all insurers have billing problems, but the issue seems far more widespread in Anthem’s case. It also was an issue that appears to have  largely simmered under the surface before MaineHealth and Maine Medical Center brought attention to it.

“I think Maine Medical Center going public really opened up a lot of people’s minds about what we thought was a smaller issue,” Reed said. “Every doctor is going to be quiet. They think ‘it must just be me.’ Situations like this make them realize it is not the individual doctor.”

Please check your email to confirm and complete your registration.

Use the form below to reset your password. When you’ve submitted your account email, we will send an email with a reset code.

Dozens of dogs and cats seized from shelter in Alfred 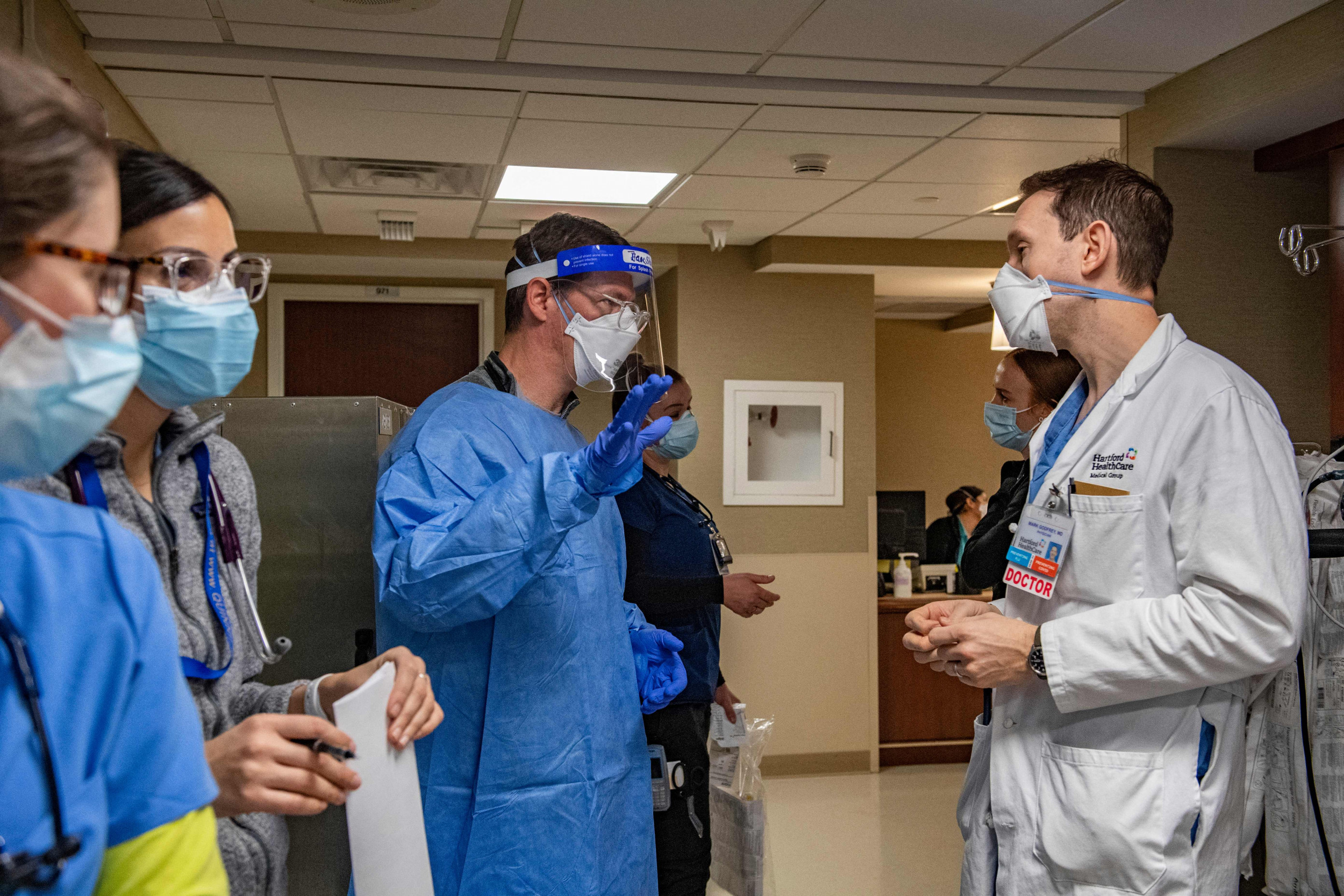