It’s been 12 years since fracking reshaped the American energy landscape and much of the Pennsylvania countryside.

And despite years of damning studies and shocking headlines about the industry’s impact—primarily on the state’s poor and rural families—people that live amongst wellpads remain in the dark about what this proximity is doing to their health and the health of their families. A two-year investigation by EHN set out to close some of those gaps by measuring chemical exposures in residents’ air, water, and bodies.

Over a 9-week period we collected a total of 59 urine samples, 39 air samples, and 13 water samples. Scientists at the University of Missouri analyzed the samples using the best available technology to look for 40 of the chemicals most commonly found in emissions from fracking sites (based on other air and water monitoring studies).

This was a small pilot study, so we aren’t able to draw any sweeping scientific conclusions from our findings. Instead, we hope our findings will provide a snapshot of environmental exposures in southwestern Pennsylvania families and help pave the way for additional research.

We found chemicals like benzene and butylcyclohexane in drinking water and air samples, and breakdown products for chemicals like ethylbenzene, styrene, and toluene in the bodies of children living near fracking wells at levels up to 91 times as high as the average American and substantially higher than levels seen in the average adult cigarette smoker.

The chemicals we found in the air and water—and inside of people’s bodies—are linked to a wide range of harmful health impacts, from skin and respiratory irritation to organ damage and increased cancer risk.

But these stories are about more than a list of hard-to-pronounce chemicals. They’re about a single father on disability who fears these exposures are causing his son’s illness but can’t afford to move; a family that did move to escape a school surrounded by well pads, but found themselves living next to a new set of wells and still being exposed; and quiet rural lifestyles once defined by idyllic farms, rolling hills, and fresh air now overwhelmed by heavy truck traffic, heavy industry, and communities at odds over whether to protest that loss or try and cash in by leasing their mineral rights. 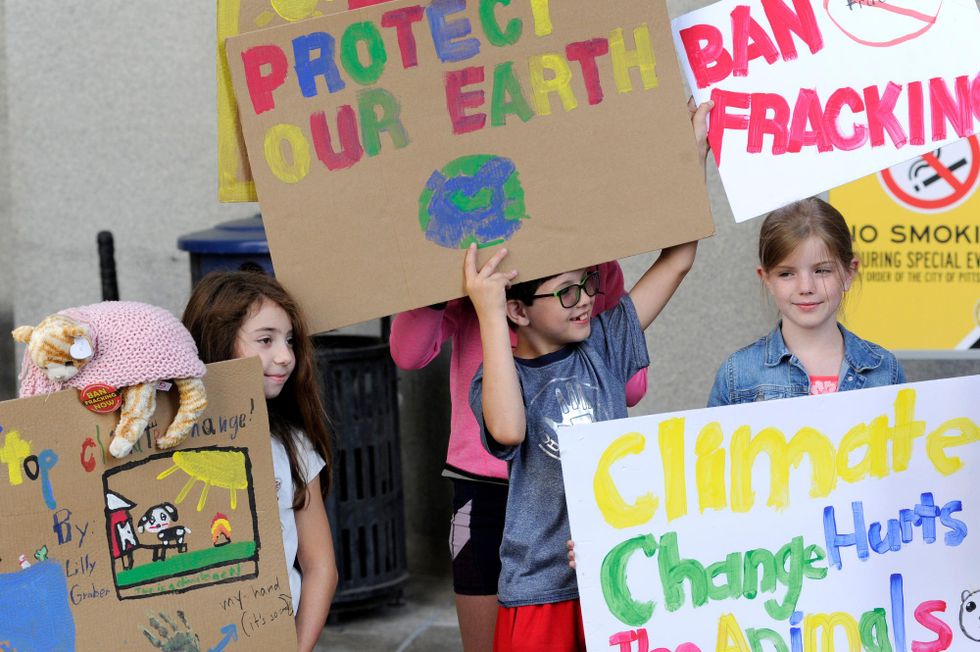 In the U.S., fracking has become a flashpoint in national debates about climate change and America’s energy future. In Pennsylvania, study after study after study has found that state lawmakers who support pro-fracking legislation have received vast amounts of money from the industry, while polls show that a majority of Pennsylvania residents oppose fracking. Meanwhile, financial analysts fret about the industry’s massive debt overhang and uncertain future, especially post-COVID-19.

While financial analysts, policymakers, and massive corporations squabble over the finer points of the fracking debate, families living amidst the wells day in and day out live in constant fear about what the industry might cost them—if they had another child, would they need to worry about birth defects? Are these exposures increasing their kids’ cancer risk? Would it be safer to move to a place far away from all of this, even if it would also mean being far from their extended families, friends, and communities? And even if they could move, how far would they have to go to feel safe?

EHN’s analysis also found unexpected exposures even in families that live further away from fracking wells in Westmoreland County, proving that in southwestern Pennsylvania, we really are all sharing the same airshed—and that exposure impacts from the oil and gas industry’s emissions likely extend far beyond just the people living right next door to well pads.

Environmental Health News is an award-winning nonpartisan organization dedicated to driving science into public discussion and policy. Read the 4-part series below, and listen to an interview with reporter Kristina Marusic about the science and investigation.

Part 2: The stress of being surrounded

The pervasiveness of the industry in rural America leads to mental health issues including anxiety and depression among residents, and opens hard-to-heal rifts in communities.

Study Challenges Recommendation to Include Eggs in a Healthy Diet

Tue Mar 16 , 2021
Key Takeaways Data is conflicting when it comes to whether people should avoid eggs to reduce their risk of death. A recent study linked eggs to increased all-cause mortality, cardiovascular mortality, and cancer mortality. Still, experts say eliminating eggs from your diet entirely may not be necessary. Taking care of […]