They are ponds the size of city blocks: Wastewater pits that hold the hazardous byproducts of coal. Lagoons brimming with diluted pig excrement. Vast pools atop stacks of radioactive tailings.

The risks posed by pools of waste like these, a common feature at thousands of industrial and agricultural sites across the country, have been brought into sharp relief by a giant wastewater pond in Piney Point, Fla., that in recent days had appeared in danger of catastrophic failure.

Officials on Monday said the threat of collapse had passed and residents were allowed to return home after an emergency effort had pumped millions of gallons of water out of the pond and into local waterways. The environmental effects of such a large release of contaminated water remained unknown. This past weekend, the specter of a deluge had prompted the authorities to evacuate hundreds of people from their homes.

Open-air ponds are vital to major industries, like livestock and power generation. But environmental groups say they pose major environmental, health and safety risks, whether from mismanagement, or, increasingly, from the effects of climate change.

The Florida emergency, at a former phosphate mining plant south of Tampa, is particularly dire. There, a pool that initially held more than 400 million gallons of wastewater, with traces of heavy metals and other toxic substances, sits atop a pile of phosphogypsum tailings at least 70 feet tall. Tailings are waste that is left behind when ores from phosphate mining are processed to create phosphoric acid, an ingredient used in fertilizer.

For decades, the tailings, a radioactive wet slurry containing traces of radium along with arsenic, lead, and other elements, were placed in ponds and left to evaporate, leaving behind enormous stacks of phosphogypsum topped by water. The fear was that if the pond collapsed it could wash away the tailings, sending a “wall of water” over nearby homes and businesses.

The mounds of tailings like these, which are scattered across more than two dozen sites across Florida, are some of the tallest earthen structures in the state. Florida is the world’s largest phosphate-producing area, according to the E.P.A., and accounts for about 80 percent of the nation’s phosphate mining. The United States mines and consumes about 23 million tons of phosphate a year.

But at the site of the current breach, evaporation has not kept up with rainfall, which continued to add to the site’s ponds, according to the Bradenton Herald. On numerous occasions over the past year, the site’s owner, HRK Holdings, found tears in the plastic liner that holds wastewater and warned local officials that the ponds were fast running out of capacity, the Herald reported.

Reached by phone, Jeff Barath, general manager at HRK Holdings, said he was the “just the boots-on-the-ground guy” and was not authorized to speak to the press. A number he gave for a spokesperson, as well as a number listed on the company’s corporate website, failed to connect.

To relieve pressure on the pools’ walls, workers have been releasing about 35 million gallons of wastewater a day into nearby waterways. Even though the fear of a wider breach appears to have passed, there is likely to be environmental fallout from the emergency release of the polluted water, which also contains nutrients that could spur harmful algae blooms, followed by fish kills.

“When the highest point on our horizon is a toxic waste site, it’s terrifying,” said Hannah Connor, a senior attorney for the environmental health program at the Center for Biological Diversity. “And with more rain events, and more severe storms, this is going to happen more frequently.”

Piney Point and Beyond

While phosphogypsum tailing stacks like the one at the Piney Point site are concentrated in Florida, thousands of industrial and agricultural open-air wastewater ponds dot the country. They include at least 70 phosphogypsum stacks, 700 coal-ash ponds near coal-burning power plants and thousands of agricultural facilities like the vast lagoons at large, industrial livestock farms.

Those agricultural pools generally have a striking bubble-gum-pink hue, a deceptively cheerful color that results from anaerobic bacteria that digest the fetid slurry, a mixture of water, animal excrement and chemicals.

When farming was done on a more human scale, manure had value to farmers as fertilizer for corn, which would then feed the next generation of pigs and cows. But now, the bulk of corn is grown at an industrial scale using synthetic fertilizers. As a result, excrement today is collected and stored in cesspits.

These earthen pits, many of which are unlined, pose a risk of leaching into the groundwater, said D’Ann Williams, a researcher for the Center for a Livable Future at the Johns Hopkins Bloomberg School of Public Health. Gases also come off the lagoons, or crusts can form on top, trapping the gas and then releasing bursts of hydrogen sulfide or ammonia, both affecting air quality in the area.

“And when you have flooding and you can’t manage the amount of water that’s coming in, you can end up with the bacteria, and chemicals, in the surface water, and on the land,” Ms. Williams said.

Hurricane Florence, which brought record-breaking flooding to the Carolinas in 2018, swamped more than 100 hog lagoons, unleashing their contents into the flood water. Excess nitrates in pig manure have also been linked with health problems, like blue baby syndrome, which causes the blood to become unable to carry oxygen around an infant’s body and can be fatal.

Various efforts to strengthen federal oversight of manure lagoons have faltered, and most ponds are regulated at the state level. However, the Environmental Protection Agency has acted in some of the most egregious cases, ordering dairy farms to shore up their lagoons after tests showed elevated nitrate levels, which can harm human health, in residential drinking water wells.

In the early 2000s, the agricultural giant Smithfield Foods promised to study alternative ways to handle manure under an agreement with North Carolina. An expert appointed by the world’s largest pork producer, now a wholly-owned subsidiary of the Chinese meat and food processing company WH Group, came up with a number of different options, including one that would solidify the fecal waste, but none of those were found to be economically feasible.

Environmental groups recently petitioned the state to revisit the agreement. Smithfield has said it has already fully complied with the agreement’s terms. The company did not immediately provide further comment.

“It’s a model that needs to be revised — this large scale animal production model,” Ms. Williams said. “These are huge industries but they’re not regulated as industries. They’re still regulated as if they’re small farms.”

When coal-fired power stations generate electricity, they leave behind hundreds of thousands of tons of a toxic residue called coal ash, which is mixed with water and sluiced into ponds on the plant property.

Kemp Burdette, the Cape Fear Riverkeeper in North Carolina, has seen what happens when those ponds of the ash — which contain arsenic, mercury, lead and other heavy metals hazardous to human health — are overrun by floods.

“You had this torrent of water that had picked up the coal ash just pouring out,” Mr. Burdette said. “You could see big spirals of the ash just floating down the river.”

Bill Norton, a Duke spokesman, said that “a very small amount of ash” had made its way off plant property and was recovered.

More than 700 landfills and bodies of water across the United States still store coal ash. An Obama-era rule would have required power companies to start closing their coal ash ponds in 2018, but the Trump administration, in one of its many rollbacks of environmental regulations, moved to weaken the rule. President Biden is now reviewing the rollback.

North Carolina, though, has started to require power companies to excavate their coal ash storage ponds under a new state law that requires all ponds close by 2029, the ash secured, dried out and moved away from the water. The Sutton Plant’s ponds are now closed.

“The claim always was: We can’t clean this stuff up, it’s impossible,” Mr. Burdette said. “But of course it’s possible. You just have to spend the money to do it.”

Is your N95-style mask failing you? Lab tests show some falling way short of filtration standards

Thu Apr 8 , 2021
As more dangerous variants of the coronavirus spread, many Canadians are looking to upgrade their mask.  That has some people reaching for N95-style respirators. When tested against particles that are approximately 0.3 microns in size, N95 particulate respirator filters are certified to be at least 95 per cent efficient. When shopping online and […] 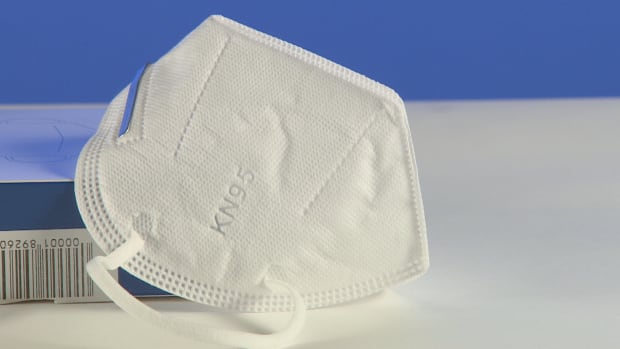