More than 5 million people around the world die from causes associated with a lack of physical activity. Two research teams at UC San Diego School of Medicine sought to understand sedentary lifestyles, with one study finding that even light physical activity, including just standing, can benefit health, and the other that Americans are still sitting too much.

Stand up, your life may depend on it

It is well-documented that exercise and other moderate-to-vigorous physical activity (MVPA) reduces the risk of many age-related chronic diseases, such as heart disease, type 2 diabetes, numerous cancers, Alzheimer’s disease and dementia.

However, in the study published October 12, 2020 in Journals of Gerontology: Medical Sciences, researchers found that just standing still was associated with lower risk for mortality.

Led by Andrea LaCroix, PhD, chief of epidemiology at UC San Diego School of Medicine, the research team observed activity levels of nearly 6,000 American women, ages 63 to 97, in partnership with the Women’s Health Initiative. Participants wore a research-grade accelerometer for seven days to get accurate measures of how much time they spent sitting, standing still or moving.

Participants who spent the most time standing had a 37 percent lower risk of death when compared to the group who didn’t stand up as often. While the highest group was standing still almost 90 minutes per day, a lower risk of death was observed by standing still for as little as 30 minutes per day. The positive effects of standing were even stronger when participants were standing and moving around at the same time.

Avoiding prolonged sedentary time and engaging in regular physical activity are key strategies for older Americans to improve their prospects for healthy aging. Specifically low-intensity physical activities, such as standing, are important to study due to their feasibility and safety. During our research, we found that simply spending more time on your feet could have important health benefits, such as a decreased risk of mortality.”

Adults in the United States aged 65 and older struggle to meet physical activity guidelines, which generally call for 150 minutes of activity per week. According to the researchers, many Americans spend up to 11 hours a day sitting. Women are specifically at an increased risk of having or developing health concerns associated with inactivity.

“Standing is a feasible approach to interrupt long periods of time sitting that takes place throughout the day,” said John Bellettiere, PhD, professor of epidemiology at UC San Diego School of Medicine. “We find this most beneficial for older adults who may not be able to partake in moderate-to-vigorous activities any more, but can still follow a healthy aging lifestyle safely just by replacing sitting with standing up more.”

Modern technology and a sedentary life

In another study, published October 12, 2020 in BMJ Open Sport & Exercise Medicine, researchers with UC San Diego School of Medicine used physical activity data collected as part of a survey of farmers in rural Malawi, whose lives are minimally affected by technology, and compared it to lifestyles of Americans.

With this comparison, the team sought to investigate the potential impact of technology-dominated lifestyles on sedentary time and physical activity.

Their findings showed substantially higher levels of activity amongst the Malawi population versus participants in the United States. Specifically, Americans spend nearly two more hours of sedentary time each day compared to Malawians.

“Being able to compare our current activity levels in the United States to the lifestyle of famers in Malawi really puts an exclamation point on how inactive we are,” said first author Michael Pratt, MD, director of the Institute for Public Health at UC San Diego. “We evolved to be active beings and we have left that behind for the luxury of certain modern advancements.”

The study was conducted in Malawi, a country in Southeast Africa, where farmers in the Zomba and Ntcheu districts were recruited. Nearly all of the sampled farmers lacked electricity at home and did not own motorized vehicles. Conversely, computers, cell phones, TVs and cars dominate the daily lives of many Americans, resulting in increased sedentary time and less need for physical activity.

To quantify the difference in activity levels in these two samples with contrasting lifestyles, researchers asked 414 farmers in Malawi, ages 15 to 85, to wear an accelerometer every day for seven days. The data were then compared to a sample of 3,258 Americans in the same age range measured in previous studies for the same amount of time.

Levels of MVPA and light activity in adults in Malawi were substantially higher and sedentary time were lower than those observed in the United States’ sample. Researchers used near-identical data collection, scoring and analyses to make their conclusions.

However, the results may have a different meaning in Malawi where hard work in predominantly subsistence and non-mechanized agriculture on family farms is essential for household food security.

“This study hints at the profound impact of technologically oriented lifestyles that are becoming ever-more dominant throughout the world,” said James Sallis, PhD, Distinguished Professor Emeritus of Family Medicine and Public Health at UC San Diego School of Medicine.

Jain, P., et al. (2020) The Relationship of Accelerometer-Assessed Standing Time With and Without Ambulation and Mortality: The WHI OPACH Study. Journals of Gerontology: Medical Sciences. doi.org/10.1093/gerona/glaa227.

Mon Nov 9 , 2020
Monty Don, 65, first appeared on Gardeners’ World in 2003 offering tips and tricks to fellow green-fingered fanatics. But five years after first appearing on the popular BBC series, the star suffered a mini-stroke. The self-confessed workaholic had been working 12-hour days while filming ‘Around the World in 80 Gardens, […] 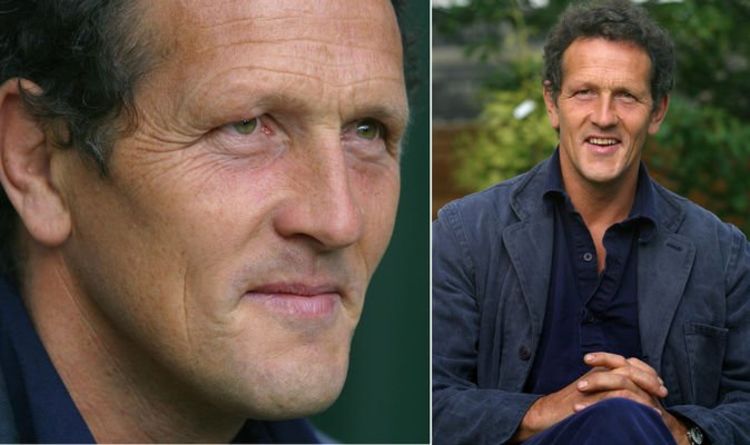