Edmonton physicians are warning the local health-care system is at a “tipping point” as the city faces record-high COVID-19 case counts and hospitalization rates.

In an open letter Wednesday, the Edmonton Zone Medical Staff Association (EZMSA) says the zone is stretched thin because of hospital backlogs, staff burnout and a combative provincial government.

The letter is signed by Dr. Stephen Petryk, president of the medical staff association at the Misericordia Community Hospital, and EZMSA vice-president Dr. Erika MacIntyre.

Both doctors work primarily out of the Misericordia Community Hospital, where Petryk is an emergency room physician and MacIntyre is an intensive care and respiratory physician.

Alberta has seen a dramatic spike in COVID cases over the past month and as of Wednesday trails only Manitoba in active cases, once the provincial rates are adjusted for population.

The Edmonton zone remains at the centre of that spike, accounting for nearly half of the province’s total 4,921 active cases as of Thursday.

As cases surge, so too have hospitalization rates. As of Thursday, there were 70 people with COVID-19 in Edmonton zone hospitals, including eight patients in intensive care.

Across the province, the number of people with COVID-19 in hospital on any given day eclipsed 100 patients for the first time earlier this month.

“We feel obligated to inform you about the worrisome strain on our healthcare system — Edmonton is at a tipping point,” Petryk and MacIntyre write in the letter, which has been posted to EZMSA’s website.

“Actions taken now will help ensure we can provide quality care Albertans deserve before there are more unnecessary deaths and illness during this pandemic.”

Four hospitals in the Edmonton zone have at least one listed outbreak, including the Royal Alexandra and the Misericordia. At the University of Alberta Hospital, three units are under outbreak investigations, with the most recent declared Wednesday after four patients tested positive, AHS confirmed.

Petryk said outbreaks have ripple effects across a hospital and especially in the emergency room. With beds limited, he estimated that more than half of the ER spaces at the Misericordia are taken by patients who are admitted under the care of a specialist, but can’t yet be transferred to a unit.

“That impacts our ability to see new patients who are in our waiting room with strokes, heart attacks, kidney stones, you name it,” Petryk said in an interview Wednesday.

“And if you can’t get to a patient in a timely fashion, ultimately it’s the patient who is going to suffer.”

Hospitals are regularly running at 120 per cent capacity as a result of increased isolation demands, AHS spokesperson Kerry Williamson said in a statement.

Rooms that could otherwise fit three or four patients have been limited to one or two beds because of COVID-19 protocols, Williamson says. Patients ready to be transferred from hospital to continuing care are also staying put as outbreaks plague those facilities, adding to hospital backlogs.

Those pressures prompted AHS to postpone up to 30 per cent of scheduled non-emergency surgeries as part of surge capacity measures announced Oct. 23.

“Postponing surgeries is a necessary step to ensure the health-care system can sustain its pandemic response, and be able to respond to emergencies,” Williamson said. “The decision was made to ensure AHS has the staff, equipment, and beds available for the increased demand caused by COVID-19.”

Petryk and MacIntrye wrote in the open letter that the health-care system is “nearing a crisis due to hundreds of nurse shortages.” Facilities are struggling to keep up with unfilled shifts due to virus exposures, childcare, lack of overtime and budget cuts, the letter writers said.

“It’s just one negative action after another,” she said. “I think all of us are just feeling disillusioned.”

‘This is a call for help’

Heather Smith, president of United Nurses Alberta, echoed the letter’s assessment of the local health-care system.  She said nurses are being mandated to work overtime as units go understaffed.

“This is a call for help and a call to have recognition of what’s happening because we don’t want it to crash,” Smith said.

Williamson said AHS addresses staffing requirements on a daily basis and uses a number of strategies, “which may include mandatory overtime when necessary,”

We feel obligated to inform you about the worrisome strain on our health-care system.– Dr. Stephen Petryk and Dr. Erika MacIntyre in an open letter

The letter writers also take aim at the government’s recent plans to lay off 11,000 AHS staff and outsource services to the private sector in the coming years.

That move came after the government in February cancelled contracts with the Alberta Medical Association to unilaterally impose changes to billing and compensation.

Some doctors say those changes made their business unviable and threatened to cancel their privileges at rural hospitals. Others say they will consider leaving the province, citing an acrimonious relationship with the government.

“Government cuts are contributing to a system that is overwhelmed and at a boiling point. We need to be working together to ensure Albertans have timely access to healthcare,” the open letter said.

Health Minister Tyler Shandro did not respond to the letter directly when asked by CBC News for comment.

His press secretary, Steve Buick, claimed the letter was “obviously intended” to support a campaign launched Wednesday by the Alberta Federation of Labour. Buick directed CBC News to the minister’s response to the AFL.

Petryk said the AFL had no part in co-ordinating the letter, which concludes with a plea to the public to follow health guidelines, from physical distancing to gathering limits.

“We, physicians, are here for you,” the letter reads. “Please help us get through this pandemic.”

Fri Oct 30 , 2020
Hologic CEO Steve MacMillan says women are ‘putting everyone else ahead of themselves’ during pandemic and not having important tests done. In a historic win for all Americans on Thursday, President Trump issued a final rule requiring health insurers to post the prices they have negotiated with hospitals, medical facilities, […] 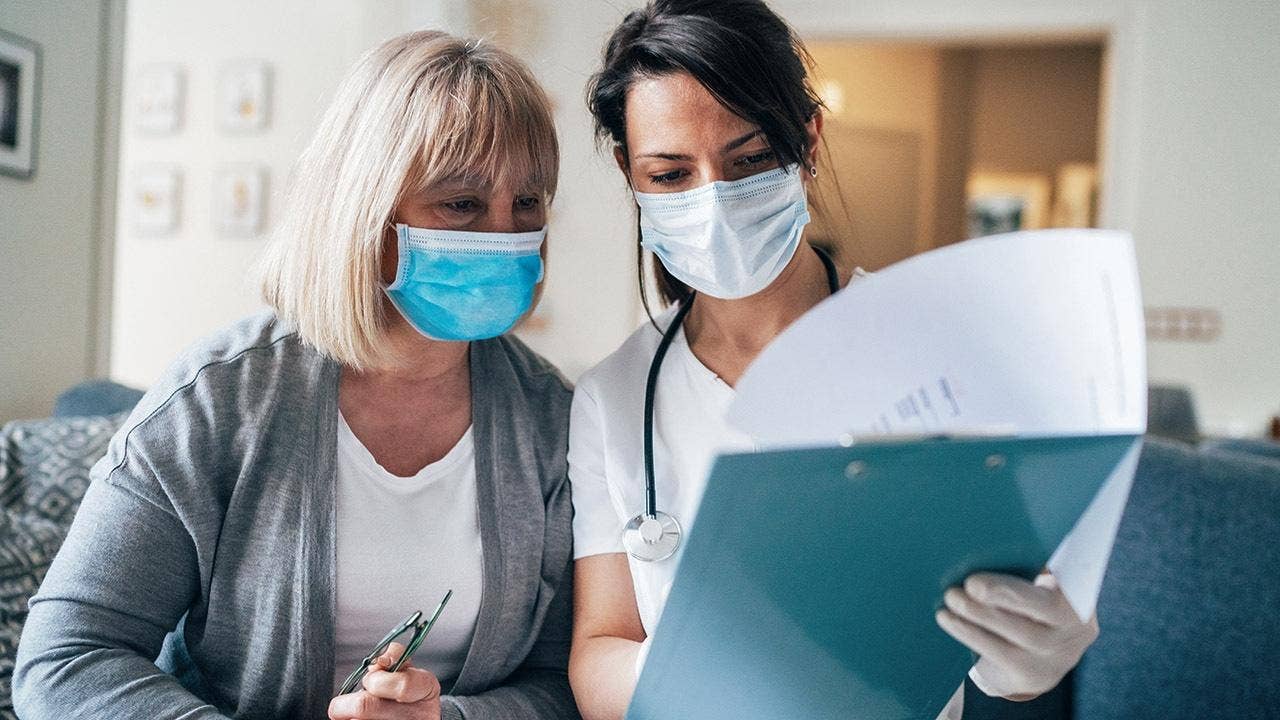