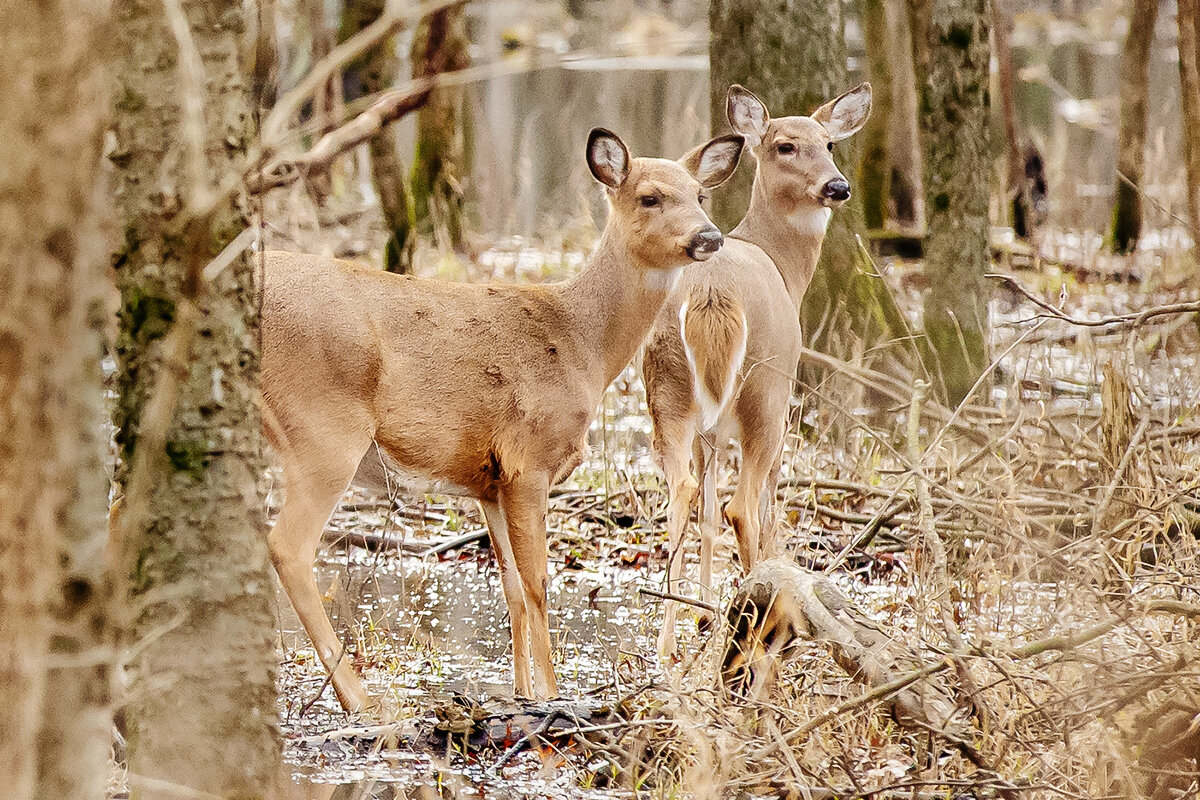 What are the dangers of lead-contaminated meat for human health?

Lead ammunition poses a danger to human health through consumption of contaminated meat. It’s important to understand the properties of the ammunition in question. Lead bullets fired from high-powered rifles fragment into shards when they strike bone in deer. These fragments scatter throughout the muscle and other soft tissues in the body. When the meat is processed for consumption, these fragments remain. Studies have found that lead fragments show up in X-rays of the meat.

High-powered rifles are not legal for deer hunting in Illinois. Instead, those who hunt with firearms use lead slugs fired from either rifled shotguns or muzzleloaders, which are much larger and slower than bullets from high-powered rifles. Instead of fragmenting like bullets, they transform into a mushroom shape on impact. Lead can still contaminate the meat, but it is mostly found in the vicinity of the wound.

Lead is a toxic metal that should never be consumed. It causes neurological damage in the brain and spinal cord, and harms kidneys and other organs. Lead is found naturally in some soils, and root vegetables and some fruit juices may contain traceable levels of lead at extremely low concentration. Lead fragments in meat should be avoided completely.

Does lead ammunition endanger other animals?

There are two pathways by which lead endangers wildlife: by ingestion of lead-contaminated prey or by picking up lead fragments from ammunition that enters the environment.

Scavengers, including eagles and California condors, sometimes feed on the entrails of deer and other big game after they are harvested by hunters. Researchers began to publicize this issue in the early 2000s. Mourning doves have been found to ingest very small shot left behind when hunters fire at doves in the field. These lead pellets are about the size of ragweed seeds, a favorite food of doves. Dove populations are declining in parts of their range, and some researchers think lead shot ingestion plays a role in this decline. Other pathways for consumption were through birds such as eagles eating wounded waterfowl. This problem was addressed by banning lead for waterfowl hunting.

In the 1970s, INHS researchers showed that waterfowl were consuming lead shot. The small round BBs were about the same size as seeds the ducks normally eat. The shot would be ground up in the birds’ gizzards and enter their bloodstream.

After the publication of these studies, the U.S. Fish and Wildlife Service banned the use of lead shot for hunting waterfowl nationwide by 1992. Nontoxic shot alternatives are now required by law for waterfowl hunting throughout North America. The European Union this year banned all lead ammunition in its member nations.

Why did it take so long to recognize the dangers from lead ammunition?

People have been consuming meat from wild game animals killed with lead ammunition since the invention of firearms in the early 15th century. While the dangers of lead have been known for more than a century, the threat of lead from hunting has only recently been recognized. Thanks in large part to innovative research conducted on the subject, public awareness of the dangers of lead in the environment has been increasing for the last half-century.

What alternatives exist that would allow hunters to harvest deer without endangering their own health and the environment?

Hunters should be aware of the potential dangers resulting from the use of lead shotgun slugs and lead sabots in muzzleloading rifles. Nonlead alternatives, such as copper, are increasingly available, and hunters are voluntarily transitioning to copper for single-projectile ammunition.

Movement is underway to limit or ban all lead ammunition in the U.S. and Canada, as has recently occurred in Europe. Given increased awareness and justifiable concern over lead in our bodies and environment, hunters are now questioning the use of lead.

Provided by
University of Illinois at Urbana-Champaign

This document is subject to copyright. Apart from any fair dealing for the purpose of private study or research, no
part may be reproduced without the written permission. The content is provided for information purposes only.