Finding yourself confused by the seemingly endless promotion of weight-loss strategies and diet plans? In this series, we take a look at some popular diets—and review the research behind them.

The Mediterranean-DASH Diet Intervention for Neurodegenerative Delay, or MIND diet, targets the health of the aging brain. Dementia is the sixth leading cause of death in the United States, driving many people to search for ways to prevent cognitive decline. In 2015, Dr. Martha Clare Morris and colleagues at Rush University Medical Center and the Harvard Chan School of Public Health published two papers introducing the MIND diet. [1,2] Both the Mediterranean and DASH diets had already been associated with preservation of cognitive function, presumably through their protective effects against cardiovascular disease, which in turn preserved brain health.

The research team followed a group of older adults for up to 10 years from the Rush Memory and Aging Project (MAP), a study of residents free of dementia at the time of enrollment. They were recruited from more than 40 retirement communities and senior public housing units in the Chicago area. More than 1,000 participants filled out annual dietary questionnaires for nine years and had two cognitive assessments. A MIND diet score was developed to identify foods and nutrients, along with daily serving sizes, related to protection against dementia and cognitive decline. The results of the study produced fifteen dietary components that were classified as either “brain healthy” or as unhealthy. Participants with the highest MIND diet scores had a significantly slower rate of cognitive decline compared with those with the lowest scores. [1] The effects of the MIND diet on cognition showed greater effects than either the Mediterranean or the DASH diet alone.

The purpose of the research was to see if the MIND diet, partially based on the Mediterranean and DASH diets, could directly prevent the onset or slow the progression of dementia. All three diets highlight plant-based foods and limit the intake of animal and high saturated fat foods.

The MIND diet guidelines suggest including:

The unhealthy foods are limited to pastries and sweets less than 5 servings a week, red meat and red meat products less than 4 times a week, cheese and fried foods less than once a week, and butter/stick margarine less than 1 tablespoon a day.

The Research So Far

The MIND diet contains foods rich in certain vitamins, carotenoids, and flavonoids that are believed to protect the brain by reducing oxidative stress and inflammation. Researchers found a 53% lower rate of Alzheimer’s disease for those with the highest MIND scores. Even those participants who had moderate MIND scores showed a 35% lower rate compared with those with the lowest MIND scores. [2] The results didn’t change even after adjusting for factors associated with dementia including healthy lifestyle behaviors, cardiovascular-related conditions (e.g., high blood pressure, stroke, diabetes), depression, and obesity, supporting the conclusion that the MIND diet was associated with the preservation of cognitive function.

Although the aim of the MIND diet was on brain health, it may also benefit heart health, diabetes, and certain cancers because it includes components of the Mediterranean and DASH diets, which have been shown to lower the risk of these diseases.

The MIND diet can be a healthful eating plan that incorporates dietary patterns from the Mediterranean and DASH, both of which have suggested benefits in preventing and improving cardiovascular disease and diabetes, and supporting healthy aging. When used in conjunction with a balanced plate guide, the diet may also promote healthy weight loss if desired. More research needs to be done to extend the MIND studies in other populations, and clinical trials are ongoing to prove that the MIND diet reduces cognitive decline that occurs with aging.

The contents of this website are for educational purposes and are not intended to offer personal medical advice. You should seek the advice of your physician or other qualified health provider with any questions you may have regarding a medical condition. Never disregard professional medical advice or delay in seeking it because of something you have read on this website. The Nutrition Source does not recommend or endorse any products.

You Can’t Exercise Your Way Out of an Unhealthy Diet

Sat Jul 16 , 2022
Share on PinterestEven if you exercise regularly, a new study finds that having an unhealthy diet can still increase your risk of several diseases and early death. Rob and Julia Campbell/Stocksy United New research finds you can’t outrun the effect of a poor diet by simply exercising more. Regular physical […] 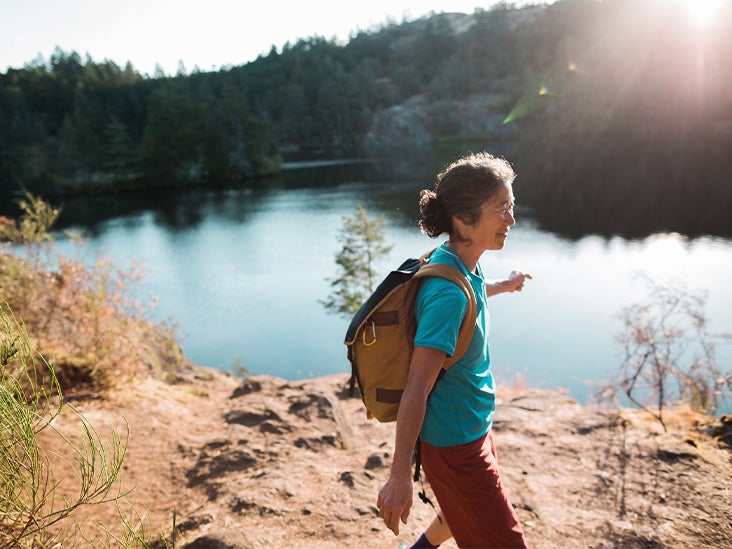