Oakland, CA-In the first study to report on the health effects of exposure to a toxic environmental chemical over three human generations, a new study has found that granddaughters whose grandmothers were exposed to the pesticide DDT have higher rates of obesity and earlier first menstrual periods. This may increase the granddaughters’ risk for breast cancer as well as high blood pressure, diabetes and other cardiometabolic diseases.

The research by the Public Health Institute’s Child Health and Development Studies (CHDS) and the University of California at Davis was published today in Cancer Epidemiology, Biomarkers & Prevention, a journal of the American Association for Cancer Research. It suggests that effects from the pesticide DDT — despite being banned in the U.S. nearly 50 years ago — may contribute to the falling age of first periods and increases in obesity rates among young women today.

The study found that the risk of obesity in young adult granddaughters was 2 to 3 times greater when their grandmothers (who were not overweight) had higher levels of o,p’-DDT (a contaminant of commercial DDT) in their blood during or just after pregnancy. Granddaughters were twice as likely to have earlier first menstrual periods when their grandmothers had higher o,p’-DDT blood levels. DDT and its related chemicals, including o,p’-DDT, are known to be endocrine disrupting chemicals, compounds that can alter and interfere with natural hormones that are essential for development.

“We already know that it’s nearly impossible to avoid exposures to many common environmental chemicals that are endocrine disruptors. Now our study shows for the first time in people that environmental chemicals like DDT may also pose health threats to our grandchildren,” said Barbara Cohn, director of CHDS and senior author of the study. “In combination with our on-going studies of DDT effects in the grandmother’s and mother’s generations, our work suggests we should take precautionary action on the use of other endocrine disrupting chemicals, given their potential to affect generations to come in ways we cannot anticipate today.”

The Child Health and Development Studies is a unique project that has followed 20,000 pregnant women and their families for more than 60 years. CHDS enrolled and began following pregnant women in the Bay Area between 1959 and 1967, a time of high pesticide use before DDT was banned in 1972. These “founding grandmothers” in the study gave blood samples at each trimester during pregnancy and one sample shortly after birth. The blood samples were tested for levels of DDT and its related chemicals, including active ingredients, contaminants and their metabolites. The study today focused on o,p’-DDT as it has previously been linked to breast cancer, obesity and other harmful health effects in daughters, and is believed to be the most sensitive biomarker for exposures before and immediately after birth. Since granddaughters’ exposure would occur via their mothers’ in utero egg cell development, o,p’-DDT levels are a potential predictor of granddaughters’ exposure outcomes.

“These data suggest that the disruption of endocrine systems by DDT initiates in immature human eggs, decades before the eggs are fertilized,” said Michele La Merrill, associate professor at UCD who was co-lead author of the study.

The CHDS study included interviews, home visits and questionnaires from the daughters and granddaughters of the original enrollees. During home visits, blood pressure and height and weight measurements were taken. The study today is based on 365 adult granddaughters who completed questionnaires, participated in a home visit, had available DDT measures from grandmothers’ serum, and (for 285 of them) had available information on body mass index (BMI) in all three generations. Information on the age of first period for all three generations was available from 235 granddaughters.

Previous CHDS studies have shown that mothers’ DDT exposure during pregnancy or immediately after birth correlates with increased daughters’ risk of breast cancer and the prevalence of breast cancer risk factors, including obesity, among adult daughters. Other prior studies have linked DDT exposure to birth defects, reduced fertility and an increased risk of diabetes.

A commentary in the journal Reproductive Toxicology last year called CHDS “a national treasure that keeps on giving” and noted that “There are no other U.S. studies as well defined, sampled, and followed as the CHDS….The CHDS provides unique and essential value in understanding health effects of environmental exposures as they relate to life-stage sensitivity.”

The abstract of the study “Grandmaternal perinatal serum DDT in relation to granddaughter early menarche and adult obesity: Three generations in the Child Health and Development Studies cohort” will be available on the journal website on April 14. Learn more about Child Health and Development Studies at https://www.phi.org/our-work/programs/child-health-and-development-studies/.

Disclaimer: AAAS and EurekAlert! are not responsible for the accuracy of news releases posted to EurekAlert! by contributing institutions or for the use of any information through the EurekAlert system.

What foods are good for brain development in kids?

Tue Apr 20 , 2021
Nutrition is essential in aiding the development of children’s brains, and it plays a key role in concentration and learning. Certain foods, such as eggs, oily fish, and vegetables, contain nutrients crucial for early development. Foods containing essential nutrients are important for children’s brain development and function. Low glycemic index […] 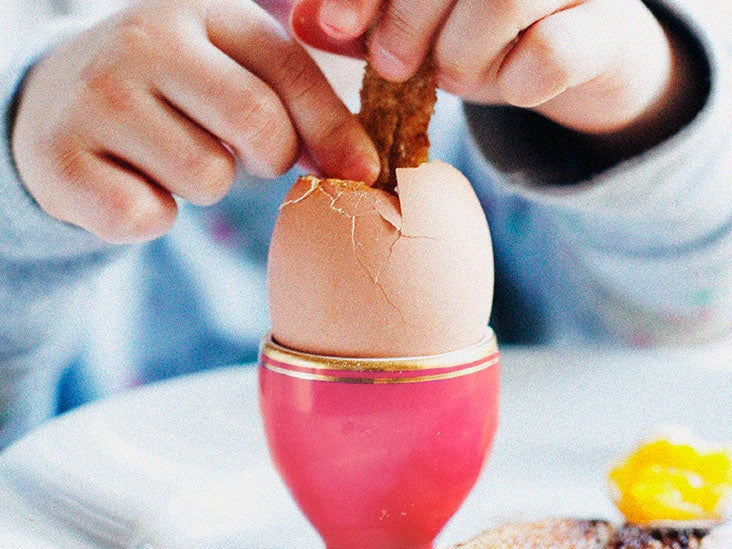