In some cases, however, virtual meetings may have doomed deals. Advocate Aurora Health and Beaumont Health walked away from their proposal to create a $17 billion system across Illinois, Michigan and Wisconsin in October. Those talks started in late 2019 but paused in 2020 as the systems dealt with COVID.

While it wasn’t the only contributing factor, the pandemic “gravely injured normal interpersonal interactions,” Beaumont CEO John Fox told reporters after the deal was called off.

“(Normally) we’d have a process that is really essential for community-based organizations to build relationships, and get to know each other,” he said. “We’ve tried to Zoom a couple of times and other mechanisms, but it’s not really been adequate.”

Conducting meetings with boards, committees, physicians and other stakeholders was “impossible,” Fox said, noting that M&A activity plummeted from 2019 to mid-2020.

Advocate Aurora and Beaumont hadn’t partnered much prior to their letter of intent, which presented another hurdle.

By the time Ohio-based systems University Hospitals and Lake Health started talking about merging, they were well acquainted with each other.

“They know us and we know them, so this was a little unique,” said Paul Tait, chief strategic planning officer at University Hospitals. “Relationships really matter in healthcare; parties have to be comfortable with one another, particularly if you’re talking about a major integration. If you’re starting out cold, it can be a bit more challenging.”

Lake Health sent out a request for proposal in early March seeking a potential partner. Lake and UH had a neonatology clinical affiliation and jointly own a cancer center in Mentor as well as a hospital in Beachwood that specializes in orthopedics.

Most of their meetings were facilitated via Zoom and a virtual data room, except for one socially distanced board presentation where several UH execs met with about a dozen Lake Health board members. The boards agreed to a member-substitution model in December and executives hope to have regulatory approval in the first quarter.

“It’s harder to assess culture from a distance,” Tait said. “If you didn’t have an existing relationship or a history of working together, then it’s harder to do over Zoom.”

Tait referenced another transaction that didn’t come to fruition in 2019, in part because the parties didn’t know each other as well, he said. They had a series of face-to-face visits as they tried to assess culture and operational style. But it ultimately didn’t work.

Health systems are increasingly trying out informal partnerships to test the waters, potentially paving the way toward mergers, said Rob York, a director with the Chartis Group, noting that joint ventures and service line affiliations have been more frequent over the past year.

“We’re seeing more conversations about the future being too murky,” he said. “They are working on certain service lines for now and potentially moving toward a fuller partnership down the road.”

With its penchant for self-improvement and renewal, Spokane can exit the pandemic bound for better days | Columns & Letters | Spokane | The Pacific Northwest Inlander

Thu Feb 11 , 2021
Young Kwak photo Key components are in place for Spokane to take the next step. Are you exhausted? Exhausted of this pandemic and its isolation? Exhausted of having a hundred-year national financial crisis or environmental crisis every 10 years? Exhausted of national politics that seek […] 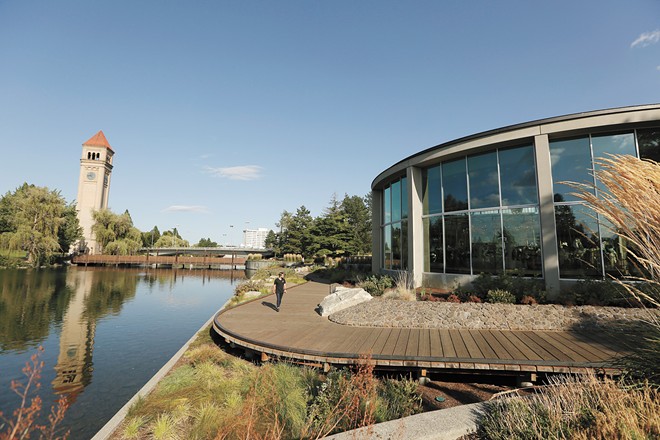