TOLONO — Jeff Buckler said it’s going to take a court order to make him stop serving at Lil Buford’s, the bar and grill he owns in Tolono.

Lil Buford’s, 102 N. Long St., was one of three additional restaurants or bars to have their health permits suspended Thursday by the Champaign County Public Health Department for continuing to serve indoors in defiance of state COVID-19 mitigation restrictions.

Jim Roberts, environmental health director for the county health department, which is staffed and run by the Champaign-Urbana Public Health District, said a written correction of the violation was submitted and accepted, a reinstatement fee was paid and Red Wheel’s permit was reinstated at 1:50 p.m. Friday.

The county health department requires all food-and-drink-service operations to cease immediately — including indoor and outdoor service, as well as carry-out and delivery — when health permits have been suspended.

Under current state restrictions, indoor service at bars and restaurants is prohibited, but outdoor service and carry-out and delivery sales are allowed at lawfully permitted establishments.

Buckler said Friday he is in compliance at his other location, Buford’s Pub in Sadorus, which is open for outdoor service and carry-out only.

But, he said, he kept indoor service going at Lil Buford’s, and that is continuing despite the permit suspension.

“Not till I get a court order,” he said Friday. “Wars aren’t won in one fight.”

He decided to stop indoor service at Buford’s Pub and keep it going at Lil Buford’s, Buckler said, because “my dad always told me, ‘Don’t throw all your eggs in one basket.’”

The latest three restaurants join three others — Apple Dumplin’ in Urbana, Merry-Ann’s Diner in Champaign and Billy Bob’s in Ogden — in having their health permits suspended this month.

Roberts said health district staff observed Billy Bob’s serving indoors again just before noon Friday, and as a result, a complaint regarding an ordinance violation of operating a food establishment without a valid permit was submitted to the state’s attorney’s office.

The order is in effect through 9:30 a.m. Wednesday, when another hearing is scheduled to determine a longer- lasting resolution.

Apple Dumplin’ co-owner Jim Flaningam said Friday he’s ready to comply and cease indoor dining and sell food for carry-out if he gets his health permit back.

“We’re going to comply and get our license back and go to take-out because I don’t have a choice,” he said.

He kept indoor service going to keep his staff employed, Flaningam said, but “I had my day in court.”

Whether Apple Dumplin’ will get its health permit returned so that it can resume service on a carry-out basis only was still unknown later Friday.

Roberts said Friday that attorneys for the county and his restaurant were working on a settlement agreement.

Valley teens combine style, safety to protect Arizonans from COVID-19 while giving back

Wed Dec 23 , 2020
Ava and Chloe Handel have used their love for fashion to pay it forward and protect patients and health care workers by creating fashionable masks. PHOENIX — The community has come up with many creative ways to keep everyone safe from COVID-19.  Two Valley teens, Ava and Chloe Handel, have […] 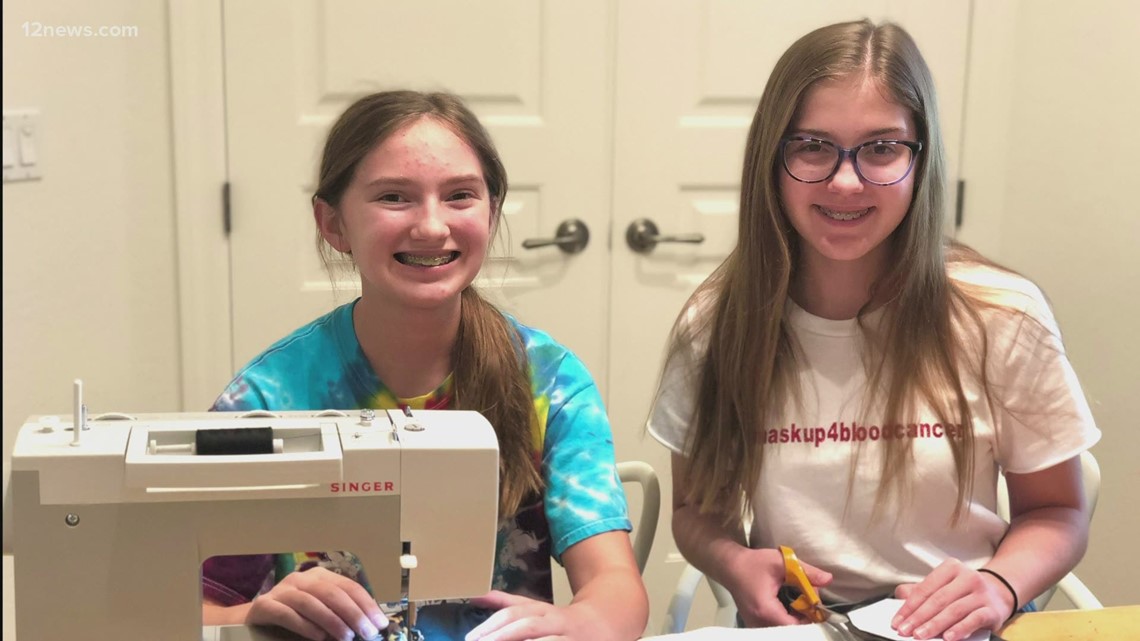