PHILADELPHIA, March 21, 2022 – Children in the Greater Philadelphia area face a number of environmental threats to their health, including lead poisoning, asthma from air pollution, and exposure to endocrine disrupting chemicals. Now, with funding from the National Institute of Environmental Health Sciences, researchers from Children’s Hospital of Philadelphia (CHOP) and Penn Medicine have come together to address these hazards and protect children who live in the region’s most vulnerable communities.

“The center is an outgrowth of research from Penn’s Center of Excellence in Environmental Toxicology (CEET), its long-term collaborators, and its community partners. It has long been a vision to bring such a center to the region,” said CEET Director Trevor Penning, PhD.

The mission of the center is threefold: to disseminate children’s environmental health knowledge to health care providers, community members, and policy makers; to develop, test and implement new programs; and to engage researchers and community partners to make policy, practice, and behavioral changes to reduce environmental exposures in early life. It will be led by directors Rebecca Simmons, MD, a professor of Pediatrics in the Perelman School of Medicine at the University of Pennsylvania and a neonatologist at CHOP, and Aimin Chen, MD, PhD, a professor of Epidemiology at Penn, along with deputy director Marilyn Howarth, MD, director of the Community Engagement Core in CEET.

“This center will build on years of extensive research in environmental toxicology and pediatric health at both Penn and CHOP to make real, positive change in the lives of children throughout the region,” said Simmons. “We already have many established connections within communities throughout Philadelphia, Delaware, and other counties, and this grant will allow us to strengthen and expand on those partnerships.”

The center will focus on four primary research and translation areas: Asthma prevention, lead exposure and harm reduction, air pollution, and reduction of exposure to endocrine disrupting chemicals. Building on CHOP’s Community Asthma Prevention Program (CAPP) — a program designed by its Medical Director Tyra Bryant Stephens, MD, that has supported families of children with asthma in Philadelphia for more than 20 years — the center will expand the initiative to the city of Chester, providing education and supplies to help families mitigate asthma triggers in the home, with the goal of improving asthma outcomes in children.

Research from CEET has exposed a significant disparity in elevated blood lead levels in children, depending on zip code. Projects at the new center will expand on this research and apply evidence-based solutions to reduce lead poisoning in children. Past research from this group has also revealed that the Philadelphia-Reading-Camden Metropolitan Statistical Area is among the 25 worst for air pollution in the U.S., which has motivated the PRCCEH to address solutions to this dangerous health hazard. Finally, studies at Penn, CHOP, and other institutions worldwide show an increasing disease burden from endocrine disrupting chemicals — compounds found in household products and the environment that have been linked to preterm birth, obesity and diabetes, and neurodevelopmental disorders.

The center’s programmatic, evidence-based solutions will be implemented throughout the region through collaboration with numerous community groups and nonprofits, including Children First, The Chester Environmental Partnership, Women for a Healthy Environment, Clean Water Action, and the Philadelphia Healthy Schools Initiative. This project is supported by the National Institute of Environmental Health Sciences (1P2CES033428-01).

Penn Medicine is one of the world’s leading academic medical centers, dedicated to the related missions of medical education, biomedical research, and excellence in patient care. Penn Medicine consists of the Raymond and Ruth Perelman School of Medicine at the University of Pennsylvania (founded in 1765 as the nation’s first medical school) and the University of Pennsylvania Health System, which together form a $8.9 billion enterprise.

The Perelman School of Medicine has been ranked among the top medical schools in the United States for more than 20 years, according to U.S. News & World Report’s survey of research-oriented medical schools. The School is consistently among the nation’s top recipients of funding from the National Institutes of Health, with $496 million awarded in the 2020 fiscal year.

Penn Medicine is powered by a talented and dedicated workforce of more than 44,000 people. The organization also has alliances with top community health systems across both Southeastern Pennsylvania and Southern New Jersey, creating more options for patients no matter where they live.

Penn Medicine is committed to improving lives and health through a variety of community-based programs and activities. In fiscal year 2020, Penn Medicine provided more than $563 million to benefit our community.

About Children’s Hospital of Philadelphia: A non-profit, charitable organization, Children’s Hospital of Philadelphia was founded in 1855 as the nation’s first pediatric hospital. Through its long-standing commitment to providing exceptional patient care, training new generations of pediatric healthcare professionals, and pioneering major research initiatives, the 595-bed hospital has fostered many discoveries that have benefited children worldwide. Its pediatric research program is among the largest in the country. The institution has a well-established history of providing advanced pediatric care close to home through its CHOP Care Network, which includes more than 50 primary care practices, specialty care and surgical centers, urgent care centers, and community hospital alliances throughout Pennsylvania and New Jersey, as well as a new inpatient hospital with a dedicated pediatric emergency department in King of Prussia. In addition, its unique family-centered care and public service programs have brought Children’s Hospital of Philadelphia recognition as a leading advocate for children and adolescents. For more information, visit https://www.chop.edu.

Disclaimer: AAAS and EurekAlert! are not responsible for the accuracy of news releases posted to EurekAlert! by contributing institutions or for the use of any information through the EurekAlert system.

Tue Mar 22 , 2022
Smart wristwatches are found dime a dozen. But to everyone’s surprise, smart pocket watches are a thing and the smart version of these timepieces for the pocket has gained a foothold in the niche market. A charm for collectors, these intricate devices have always left me fascinated. No wonder, when […] 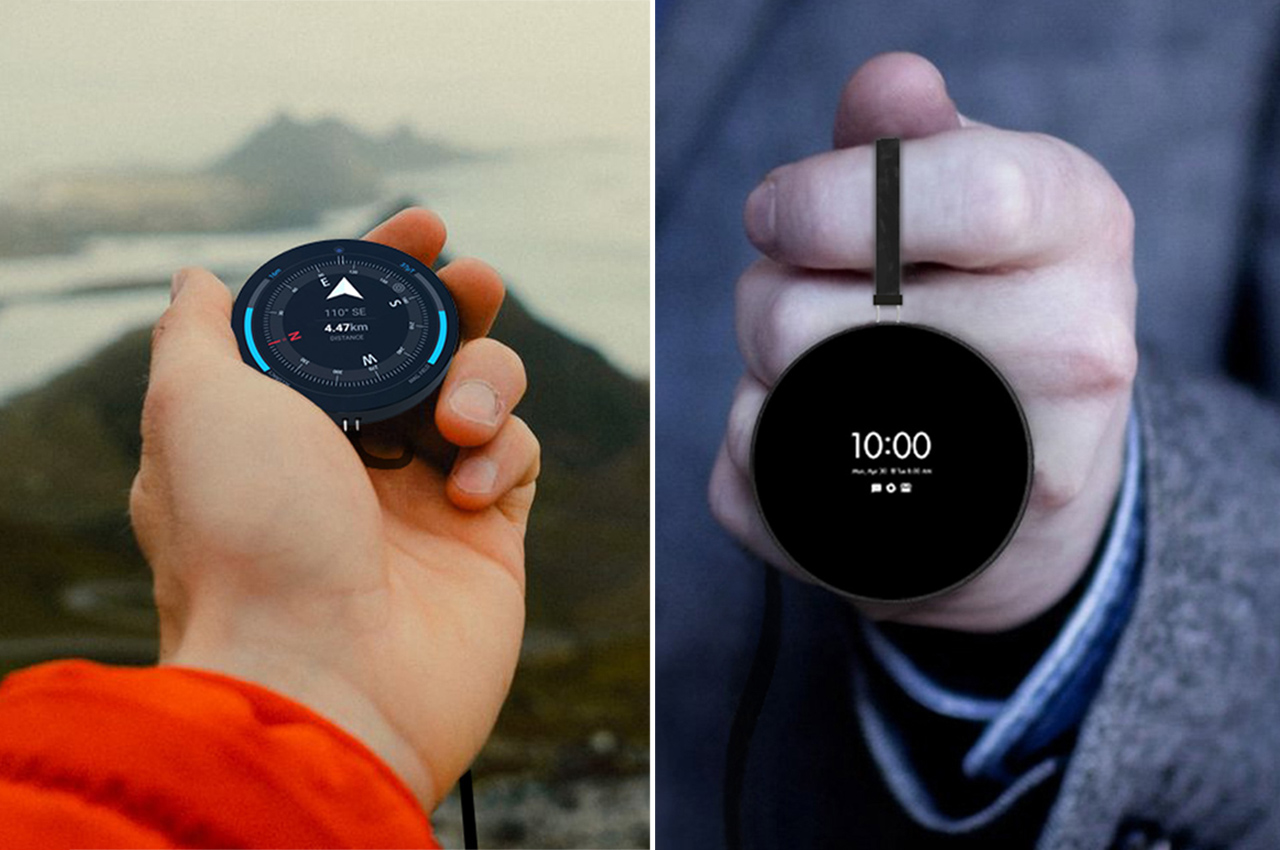