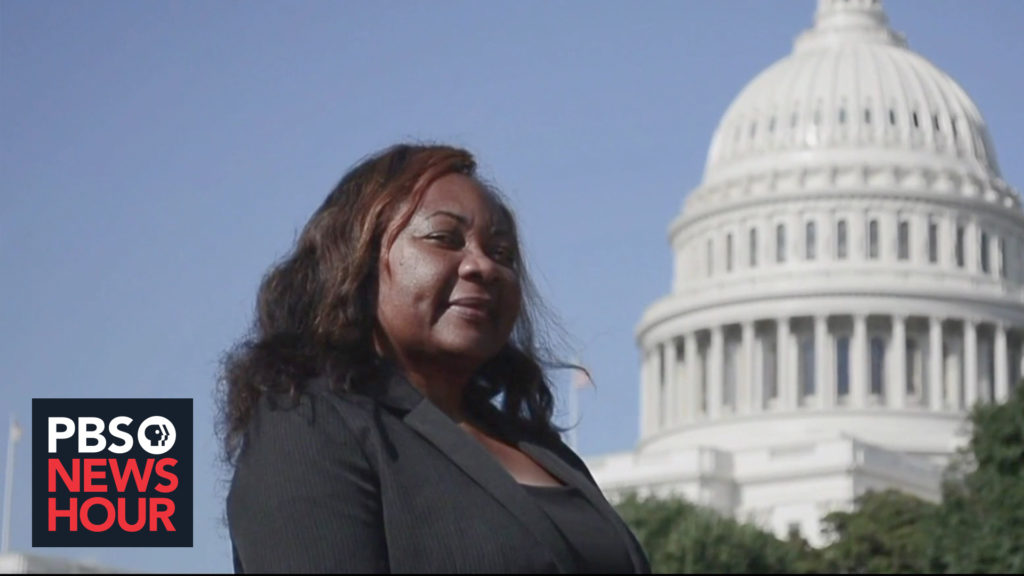 She is the founder of the Center for Rural Enterprise and Environmental Justice, where she works on multiple fronts to improve public health and economic development, including access to water and sanitation, amid the growing threat of climate change.

Tonight, she gives her Brief But Spectacular take on fighting America’s dirty secret.

Catherine Coleman Flowers: Sanitation doesn’t get the attention that it should, because it’s generally out of sight and out of mind.

As a child in Lowndes County, Alabama, I had the opportunity to walk through cornfields, to walk in the woods, to understand how nature and people in rural communities coexist. I also had parents that were activist parents, who were very involved in the civil rights movement.

Well, Lowndes County, being a very rural community, has another type of poverty that one doesn’t see in urban areas. For example, rural poverty, to me, looks like living in a home that doesn’t have a septic system. When I’m talking about raw sewage, I’m talking about something very, very basic, what comes out of our bodies, that the reason that we wash our hands when we go to the bathroom, because we don’t want to be contaminated.

There are so many people in the United States that don’t have that luxury. We have to deal with the historical challenges that have put in place these inequities that have continued for far too long. And that’s what sanitation inequity looks like around the U.S.

And we’re going to see more and more failures around the country because of climate change. We have to come up with new technologies to deal with the new realities that are upon us. The biggest obstacles that we face addressing the environmental issues are the people that are profiting from the problem.

The same people that have designed the failures get the money to supposedly design the solutions, but there’s no guardrails or accountability that’s required. And I think we have to overcome that in order to protect the common good of everybody, because one of the things that COVID has told us, if we don’t, then we could create diseases right here that will impact all of us.

And it’s not going to stay in one place. I mean, if we didn’t learn this over the past year, then we’re going to keep repeating that same lesson over and over again until we do.

Folk want to pretend like this does not exist in the United States. I think juxtapose this against the amount of wealth and opulence that we have in this country. This is a basic need that everybody has, and we should have addressed this a long time ago.

My name is Catherine Coleman Flowers, and this is my Brief But Spectacular take on fighting America’s dirty secret.

Judy Woodruff: Such an important message.

And you can watch all our Brief But Spectacular episodes at PBS.org/NewsHour/Brief.