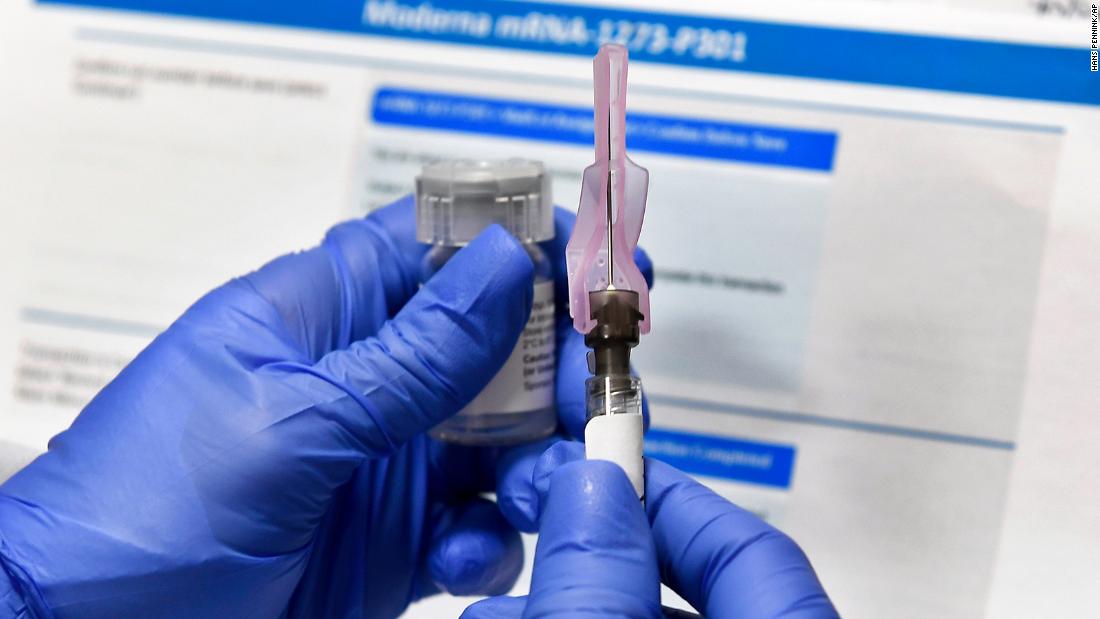 This is the first known case of allergic reaction from a Moderna coronavirus vaccine, although there have been at least six similar reported cases in the United States associated with the Pfizer/BioNTech vaccine.

“After I got the vaccine, I felt tachycardic, but I felt like it was probably anxiety because I was scared after learning about Pfizer’s reactions in the US, especially with those people who have shellfish allergies, like me,” Dr. Hossein Sadrzadeh explained to CNN. Tachycardia is a medical term for a heart rate over 100 beats per minute.

After having his vitals checked, Sadrzadeh realized his heart rate had spiked.

“My heart rate was 150, my normal heart rate is 75 but … six, seven minutes after the injection of the vaccine, I felt in my tongue and also my throat having, like, some weird sensation of tingling and numbness, the same reaction that I had before to my shellfish allergy,” Sadrzadeh said.

Sadrzadeh said his blood pressure dipped so low it wasn’t even detectable with a monitor. That’s when he decided to use his EpiPen, and then the staff rushed him to the emergency room, which was only a couple of minutes from the room he was in after receiving the Covid-19 vaccine.

Sadrzadeh was monitored for four more hours after his allergic reaction and was able to drive home after that. He says the medical center staff “responded exceptionally well.”

Boston Medical Center emailed a statement about Sadrzadeh’s reaction to CNN on Friday.

“The employee received the Moderna vaccine Thursday and as is our standard practice was being observed post vaccination by trained nurses. He felt he was developing an allergic reaction and was allowed to self-administer his personal epi-pen. He was taken to the Emergency Department, evaluated, treated, observed and discharged. He is doing well today,” the statement said.

“The main concern for me as a human being and as a physician … I have to get the word out to people … People should have the EpiPen with them if they have allergy reactions,” said Sadrzadeh, urging Moderna to investigate further.

Ray Jordan, a spokesperson from the biotechnology company, told CNN: “Moderna can’t confirm the incident but reported the potential adverse event through its internal safety reporting system and Moderna is further investigating the incident.”

It’s still unknown what ingredient in the coronavirus vaccines may be causing severe allergic reaction in some people. Dr. Peter Marks, who heads the FDA’s Center for Biologics Evaluation and Research, said in a briefing last week that the agency is investigating a compound known as polyethylene glycol (PEG), as well as four other possible ingredients in the formulation.

“It is known that one of the components that is present in both of the vaccines, polyethylene glycol, can be associated uncommonly with allergic reactions,” Marks said. Polyethylene glycol is a compound that appears in a number of pharmaceuticals including some bowel preparations and laxatives. “That could be a culprit here. And that’s why we’ll be watching very closely as we see the Moderna vaccine rolled out,” he said.

Pfizer CEO Albert Bourla explained in a town hall on Thursday that adverse reactions to the vaccine were “very rare” in clinical trials. He pointed out that now that the vaccine is being distributed to millions of people, adverse events are inevitable. He added that these incidents should not keep people from taking the vaccine, especially those with preexisting conditions that put them at risk for severe Covid-19.

On Wednesday, Moncef Slaoui, chief scientific adviser for Operation Warp Speed, said there are discussions between the vaccine makers and the National Institutes of Health to consider conducting clinical trials of Covid-19 vaccines in very allergic populations, such as those who have to carry an EpiPen with them at all times. He said a trial could help understand the rate of allergic reactions and what is provoking them.

He had previously told CNN’s Jake Tapper that the key is to be aware that allergic reactions can happen.

“If you prepare, these are the kinds of events that can be dealt with,” Slaoui said. “And we’ll continue to try and understand what is it in the vaccine that induces this, if there is something that induces this that’s specific.”