The recent surge in coronavirus cases and emergence of new virus variants underscore the importance of wearing a mask and raise a key question: Should the U.S. follow the lead of other countries and push for people to switch from cloth masks to medical ones?

Health officials in the U.S. and elsewhere have been encouraging the use of face masks as COVID-19 has raged in recent months, but they’re now messaging even harder as new strains of the virus emerge. A Centers for Disease Control and Prevention report recently warned that a new United Kingdom variant of the virus, which appears to be more contagious, could become the dominant strain in the U.S. by March. On Friday, U.K. Prime Minister Boris Johnson said the new strain “may be associated with a higher degree of mortality.”

In Europe, where the U.K. strain of the virus is more widespread, officials in some countries – France, Germany and Austria – are requiring citizens to upgrade from standard cloth masks to medical-grade coverings such as those similar in style and efficacy to the U.S. N95, according to The Washington Post and CNN.

In the U.S., the new Biden administration has taken an aggressive stance on masks in its opening days, with approximately 25 million cases of COVID-19 in the country. It’s a big shift in tone from the early days of the pandemic, when mask-wearing by the general public was initially discouraged by officials, and from the previous administration in general. In October, former President Donald Trump removed his face mask within minutes of returning to the White House despite still having COVID-19, and often refused to wear one in public.

“The masks have become a partisan issue, unfortunately, but it’s a patriotic act,” President Joe Biden said Thursday as he encouraged Americans to wear face masks for the first 100 days of his term.

Biden also signed two executive orders requiring masks on public transportation and on federal lands. Additionally, the administration’s pandemic strategy emphasizes working with state and local governments on requiring mask use. As of Jan. 25, 37 states, along with the District of Columbia and Puerto Rico, had mandatory mask policies in place, according to AARP. A Pew Research Center survey in August found that more than 8 in 10 Americans said they’d been regularly wearing a mask in stores and businesses and that the partisan gap between Democrats and Republicans on the issue had narrowed a bit since early June.

The White House didn’t respond to a query from U.S. News as to whether it planned to recommend medical-grade masks. But at a press briefing Thursday, National Institute of Allergy and Infectious Diseases Director Dr. Anthony Fauci – tapped as Biden’s chief medical adviser on COVID-19 – also pushed for face masks, saying new virus mutations are “the reason why you absolutely should be wearing a mask.”

“If you properly wear a mask, then you’ll be OK,” Fauci said.

Biden’s approach to the pandemic has garnered acclaim from public health experts, including the Infectious Diseases Society of America. And with new COVID-19 variants out there, they say health officials should keep to messaging that simply focuses on getting people to use masks at all.

“In the U.S., we have such a massive problem with the utilization of the mask. I think we have to make sure that people understand that you’re reducing your risk,” says Dr. Georges Benjamin, executive director of the American Public Health Association.

According to the CDC – which recommends nonvalved, multilayer cloth masks for “community use” – such masks can block up to 70{b5d304c96e94113bdfc523ff4218a1efff4746200bdb9eeb3214a56a1302f2e4} of fine droplets and particles a person exhales while also filtering potentially dangerous inbound particles, protecting both the mask-wearer and other people.

“I think the fact that they are trying to demonstrate the behavior you want to do is really going to show,” Benjamin says. “We have a single, unified message and voice on this. I think that is very important. And I think over time even some of the naysayers will come on board.”

At his inauguration and in recent appearances, Biden and other officials have worn masks except while speaking. Benjamin adds that regulations on transportation and federal lands will help change people’s behavior by making masks more commonplace.

He also says people worried about the new U.K. variant should know that the mechanics of transmission haven’t changed: The virus still sticks to mucous membranes found in the body, such as in the nose and throat.

Why is it more contagious? The variant is stickier, Benjamin says, meaning it’s likely more transmissible because particles more easily bind to the nose and mouth.

“Of course, President Biden can’t mandate what’s going on at those local levels, but by mandating masks in federal spaces, he’s setting the tone, and the scientists are supporting this executive order because it is backed by science,” Althoff says.

On the new U.K. variant, Althoff says before people make the leap to a medical-grade mask, remember that there are still essential workers and health care workers who may need them more. Instead, people who can work from home should focus on ensuring they are wearing their mask properly and are using a two-layer mask. The CDC recommends masks with at least two layers.

Althoff also supports doubling down on the messaging of simply getting more people to wear a mask in the first place.

“I don’t know many people who love masks,” she says. “We need to have empathy towards that and understand, yeah, this isn’t necessarily everybody’s favorite thing to do. But the science truly supports that value in wearing masks to reduce infections, and thereby hopefully also reducing mortality.”

Melissa Perry, a professor and chair of the Environmental and Occupational Health Department at the George Washington University Milken Institute School of Public Health, agrees that people may not need to rush out for medical-grade masks, which she also says are in limited supply. But they can upgrade their mask game with what they have already, she says.

First of all, Perry says people should be using masks with at least two layers. She also notes that people can insert filters into their masks, which can be fashioned from vacuum cleaner bags or even coffee filters. And the fit is crucial, she says: Masks with worn-out elastic may not be tight to the face, allowing particles to come in through the sides. She also recommends double-masking as a way to add a filter layer – putting surgical masks, which are in better supply, under cloth masks, for example.

“That, too, is accomplishing the same thing: multiple layers of protection,” she says.

Perry says the messaging from health officials on masking can come from a positive place: “We’re not speculating about the effectiveness of masks,” she says. “We actually know that they’re highly effective.”

Another key, she says, is echoing messaging that focuses on community.

“We’re all in this together and my mask protects you and your mask protects me,” she says. “And so being a part of a national solution can be very empowering.”

What Is Green-Mediterranean Diet? How It Promotes Weight Loss, Heart Health; Foods To Eat 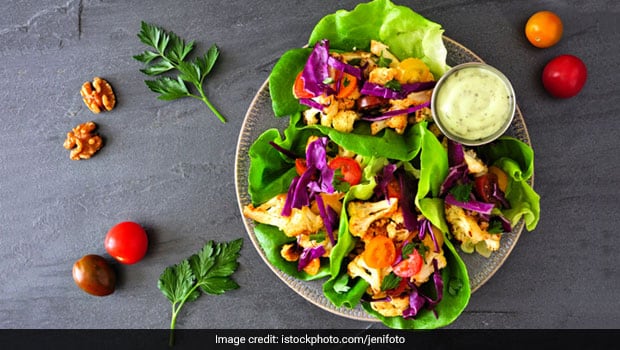