Millions of dollars in taxpayer money flow through Central Health every year, most of it going to hospitals, community clinics and Dell Medical School at the University of Texas. Should the public health care agency be doing more to make sure the organizations that get those funds are actually spending them they way they are intended?

That question, raised by a group of residents, has made its way to Travis County’s top leaders.

On Tuesday, Travis County commissioners voted to formally require Central Health, the county’s hospital district, to do a performance audit.

A performance audit looks at how the entire operation is run and makes recommendations for needed changes. It is different than an annual audit, which looks at how money is spent each year.

Central Health’s next performance audit was already scheduled to take place in 2023. The vote on Tuesday confirms that Central Health will begin that process and present the findings next year. Commissioners Ann Howard and Margaret Gómez will form a subcommittee to oversee the process. The county procurement office will work in consultation with the Central Health board to commission an independent firm to do the audit, which will be paid for by Central Health.

“We support performance reviews,” said Central Health president and CEO Mike Geeslin. “It’s a way we look at what it is we’ve done and where we’re going. It’s a way for the community to provide input.”.

The vote for the audit comes as community members are calling for an additional performance audit beyond one that was already scheduled and asking for more accountability in the way taxpayer money is spent by Central Health. Some community members also filed a lawsuit in 2017 against Central Health for what they say is a lack of transparency in how taxpayer money is being used. That lawsuit is ongoing.

That group, which has been led by attorney Fred Lewis, and with support of the League of United Latin American Citizens District Seven and Nelson Lindner of the Austin NAACP, has been asking the commissioners for this performance audit for several months.

On Tuesday, supporters of Central Health made public comments in the morning. Many, like Maria Emerson of the Texas Anti-Poverty Project, noted that an additional audit is redundant. “It’s just an expenditure that is not necessary,” she said.

Supporters for the audit made comments in the afternoon. “Our taxpayers deserve to know where every dollar goes,” said LULAC District Seven’s Frank Ortega.

“It’s time for a healthy look inside with some transparency and accountability and some documentation,” said Bill Bunch, an attorney best known as the executive director of the Save Our Springs Alliance.

The commissioners went into an executive session to discuss the resolution, using the consultation with attorney exception.

Central Health, which was created by voters in 2004, receives 11.1814 cents per $100 property valuation in taxes from Travis County property owners for the purpose of providing health care for people who cannot afford health insurance but do not qualify for federal programs such as Medicaid, Medicare or the Children’s Health Insurance Program.

Central Health already does an annual independent audit for its fiscal year, which runs Oct. 1 to Sept. 30. Central Health’s 2022 budget of $506 million includes $491 million for delivering health care, $13 million is for administration and $2 million is for debt service.

In the past three years, Central Health’s budget has received a distinguished budget presentation award by the Government Finance Officers Association. Its audits are done by an outside firm and have been clean.

“Transparency through independent reviews is essential to what we do,” Geeslin said.

In addition to the implementing changes called for in that 2018 performance audit, Central Health also has embarked on implementing the health equity plan it revealed earlier this year.

“The health equity report shows a number of gaps in the health care system,” Geeslin said. “Even though they are decades in the making, we’re owning it.”

Where do the hospital district taxes go?

At the heart of the lawsuit and the request for an performance audit is transparency about how money is spent by the people who receive funds through Central Health, mainly the hospital system Ascension Seton, the federally qualified health centers of which CommUnityCare is the largest, and Dell Medical School at the University of Texas at Austin.

Central Health is unlike most hospital districts in Texas. It does not operate the safety-net hospital or the community-based clinics. That means, it uses the tax revenue it collects to pay other providers to provide care. Central Health’s 2018 performance review said that using partnerships in htis way “has some limitations in terms of its level of visibility and control of how those funds are deployed by its partners.”

No one believe there has been criminal activity at Central Health, said Susan Spataro, who served as the Travis County auditor until 2012 and is part of the group asking for the audit. But because Central Health outsources patient care to other providers rather than direct care, the accounting, she said, “got muddied up.”

When Central Health was created, Austin and Travis County already were each operating a clinic system. Those later folded into CommUnityCare, which now operates 27 locations. The safety net hospital was Brackenridge, which had been operated by the city of Austin until 1995, when what is now Ascension Seton took over its operations. In 2017, that hospital shut down and the care moved to the new Dell Seton Medical Center, although Ascension Seton uses its entire hospital and urgent care system as a safety net system.

“Our history is one of affiliations and partnership and agreements,” said Monica Crowley, Central Health’s vice president, legal counsel and chief strategy and planning officer. The focus is “how do we step in and fill gaps in health care?”

With partnerships, “it’s a much more systemic approach at how safety-net services could be provided,” Crowley said.

“We need Travis County taxpayer support coming through the hospital district,” Fournier said. Without the funds Central Health supplies, he said, “we could not do what we do.”

CommUnityCare is not the only health provider that sees patients using Central Health’s Medical Access Program and receives reimbursements through Central Health, but it is the largest.

Central Health’s other large provider, Ascension Seton, has had a sometimes contentious relationship with the hospital district in recent years. Ascension Seton negotiated its contract with Central Health in 2013. It is reimbursed for care for up to 25,000 people covered by the Medical Access Programs in a fiscal year, which was thought to be enough at the time. To date this fiscal year, Ascension Seton says more than 30,500 people using the Medical Access Program have been treated by its hospital network.

The agreement is part of the nonprofit established by Central Health and what is now Ascension Seton in 2013 called Community Care Collaborative. The hospital district and hospital system both put money into the collaborative, along with receiving federal dollars, to provide and expand health care in Travis County.

“Despite this clear and sustained increase in demand, Central Health has refused to provide funding to support Ascension Seton’s care of these additional MAP members,” Ascension Seton wrote in an opinion letter submitted to the American-Statesman. “This budget shortfall now runs in the tens of millions of dollars. Yet, at the same time, Central Health’s contingency reserves have multiplied eight times over in the past five years… given the circumstances, we must question the need for hoarding such large reserves when critical parts of our community remain underserved.”

Central Health said it is currently in negotiations with Ascension Seton surrounding that contract.

Growing health programs:‘Owe my life to them’: How Dell Seton made a burn center happen in Austin

While CommUnityCare and Ascension Seton provide data to inform Central Health of services provided under their agreements, Central Health is not receiving the same level of accounting from Dell Medical School, which receives $35 million a year in Central Health funding. That funding comes through the nonprofit collaborative.

The collaborative receives money from the Delivery System Reform Incentive Payment program. That program is a pool of money from the federal 1115 Medicaid waiver program created to help states improve access to Medicaid and health care.

The Delivery System Reform Incentive Payment program money wasa temporary infusion, and ended last year. Central Health will run out of these funds next yearand then require Central Health, which is the fiduciary partner to the nonprofit collaborative, along with Ascension Seton to continue the support of Dell Medical School and other health care delivery programs and projects the collaborative funds.

Dell Medical School representatives are scheduled to be at Central Health’s board meeting Wednesday night to present a fund usage report. The collaborative’s funds represent about 12% of the medical school’s budget.

The medical school declined to comment to the Statesman on how it Central Health or Community Care Collaborative funding is used and what records it supplies Central Health.

Central Health said it will ask for more transparency from the medical school. Central Health knew that at first the funds would be used for starting the school. “It takes time to build a medical school,” said Charles Bell, the chairperson of Central Health’s board. “We knew initially they are not going to meet the letter of the agreement.”

“We’re out of the startup phase,” Bell said. “The letter of the agreement is to represent to us exactly how they are spending funds. That is what we are asking questions about.”

The Dell Medical School agreement is a 25-year term with an automatic renewal for an additional 25 years. It was set up for these purposes:

Lewis and his group cite the state health and safety code for a hospital district that notes that taxpayer funds should be used for medical care for people in that district or operating hospitals to serve that population.

“The medical school does great things, but we’ve had six years with no answers,” Lewis said. Of the $35 million annually the school receives from Central Health through the collaborative, “how much of that went to health care to the poor?”

Central Health estimates that there are 90,000 people in Travis County who would qualify for its program but have not enrolled. Its health equity program and other initiatives are trying to reach those unenrolled people.

Central Health is also building its own clinics in the Del Valle and Hornsby Bend areas that are scheduled to open in 2023. The centers will cost $5 million and $10 million. A third center is planned to replace the Northeast Health Resource Center and Mobile Health Clinic in the Colony Park neighborhood. Central Health has one other permanent center, the Southeast Health & Wellness Center on Montopolis Drive, which it opened in 2016.

To build those new faciities, Central Heath took on debt, but will use reserves to offset the additional construction costs not covered by the debt for which it had planned.

The rest of its care system will still be delivered through its partnerships.

Wed Jul 27 , 2022
CAPE GIRARDEAU, Mo. (KFVS) – An organization in Charleston is looking to combat gun violence in the city. Personnel with the Fresh Start Self-Improvement Center are launching a social movement called “Save Our Community” equipped with survey inputs from the residents and focus groups throughout the community. The focus groups […] 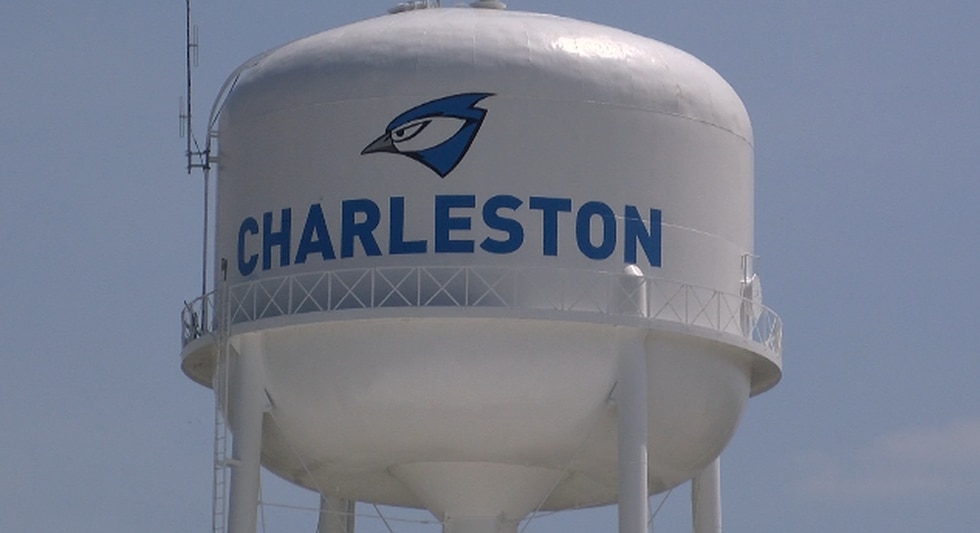